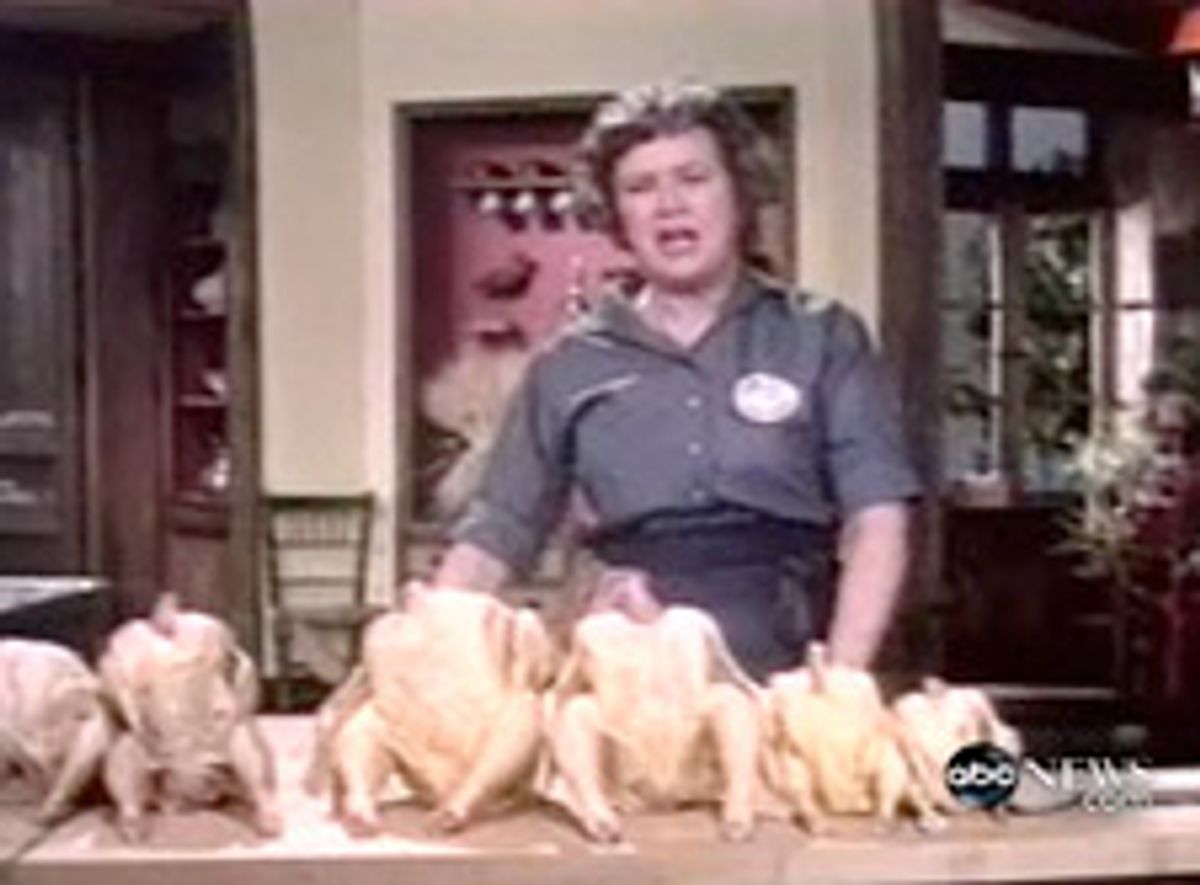 I have always loved Julia Child. I own both volumes of the late chef's groundbreaking cookbook, "Mastering the Art of French Cooking," and watch reruns of her TV shows whenever my local PBS affiliate is kind enough to air them. My boyfriend has spent the past few years studying her omelet-making technique; our weekend brunches have never been better. It isn't just my life Child improved, of course -- she pretty much single-handedly introduced fresh, high-quality ingredients to midcentury American tables. She was also the first woman inducted into the Culinary Hall of Fame. Her towering stature and jolly, deep voice have become iconic, and her kitchen lives on at the Smithsonian Institution.

You can't get more awesome than that, right? Wrong. I woke up this morning to the news that Child was also a spy during World War II. Part of an international ring associated with CIA precursor the Office of Strategic Services, she was one of 24,000 spies hailing from diverse backgrounds such as the military, performing arts, the media, professional sports and academia. The full details of Child's stint with the OSS, as well as personnel files for over 35,000 of the agency's employees, will be released to the public Thursday.

Julia Child: celebrity chef by day, superspy by night. If that isn't mind-blowingly cool, I don't know what is.