Where are the multifuel cars?

Brazil has had them for years now. What's the holdup? 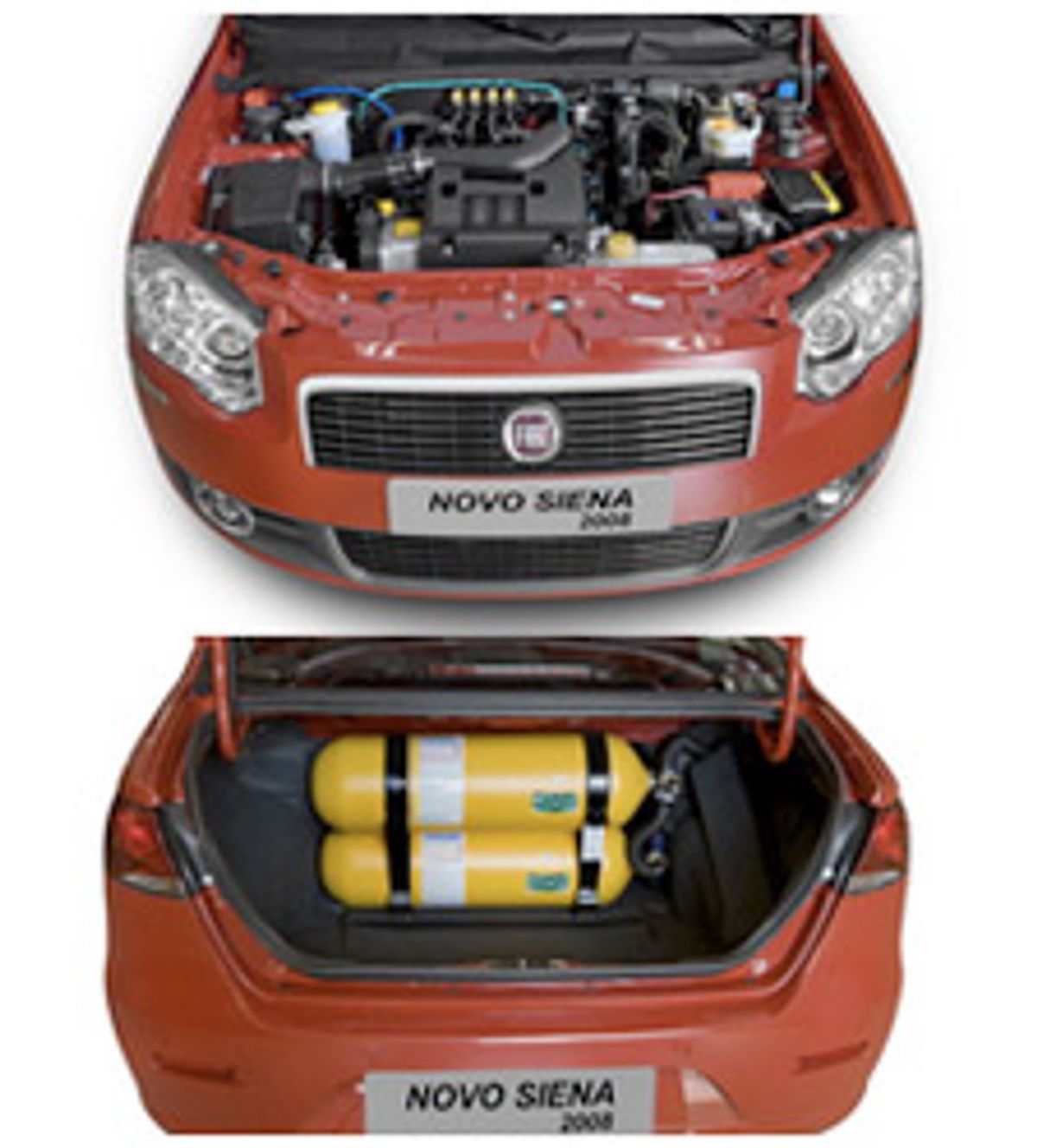 Practically every day I read or hear some new story about how gas prices are at record heights. And if you're like me, maybe you're starting to change your behavior just a little bit to save the planet and your pocketbook at the same time. I know I've been biking as much as possible for local trips and try to minimize the use of my car.

Anyway, a few months ago, my aunt was visiting from Connecticut. She had just come from a stint as a guest professor in Brazil, where she's spent many months of her life, on and off for the last couple of decades. And as we were walking in Berkeley, she said to me: "Why don't we have multifuel cars? They have it in Brazil. What's wrong with us?"

It seemed like a neat idea -- have one car, but two or three tanks. Regular gas, biodiesel, hydrogen, natural gas, whatever. But I promptly forgot about it. That is, until this week. IEEE's Tech Talk blog asks the same question: "Where Are the Multi-Fuel Vehicles?"


The beauty of such vehicles is they help solve one of today's biggest energy problems: uncertainty. With fuel prices oscillating wildly, is it better to stick with gasoline, invest in a natural gas vehicle, buy a hybrid, or what? Who knows? That's why multi-fuel is interesting. You fill up with whatever fuel is cheaper, or available, where you live. It's no silver bullet for the energy crisis, sure, but it just makes sense in places where more than one fuel is available. The point is multi-fuel could work as a bridge from petroleum to other possible technologies and fuels, be it batteries, hydrogen, cellulosic ethanol, whatever.

That same reporter, Erico Guizzo, penned a lengthy piece on one Brazilian multifuel car in January 2007, the Fiat Siena, which might just be my next car after my Toyota Corolla konks out -- that is, if I can find one here in the U.S. This car has a gasoline/ethanol hybrid tank, which means you can put in either fuel in whatever proportion to the other in the car, no problem. The engine will figure out how to deal with it and will adjust ignition timing and so forth to make sure that it runs smoothly. Oh, and there's a natural gas tank (two cylinders, in fact, in the trunk) as well for shorter-range trips.


Fiat's Brazilian subsidiary unveiled the Siena Tetrafuel almost two years ago. It expected to sell 2,500 units in 2007; it sold more than 10,000. This year it has sold nearly 6,000 so far. In terms of annual sales, the Tetrafuel should represent less than 1 percent of all flex cars sold in Brazil (flex cars can use both gasoline and ethanol; 1.7 million were sold last year). It’s still a tiny market. But for Fiat -- and Brazilians -- it's nice to have such option around in case oil prices skyrocket or something. It's all about flexibility. (In fact, gas prices oscillations and the availability of ethanol at filling stations led to an automotive revolution in Brazil; sales of flex cars went from virtually nothing in 2003 to about 90 percent of all new cars sold last year, when the Brazilian auto industry saw all-time record sales.)

And here's my favorite part: "In Brazil -- the only place where the car is available -- it costs about the same as a regular Honda Fit."

But this still doesn't answer the question: Where are these multifuel, or flex-fuel cars? Guizzo speculates that Detroit thinks of these as being too "niche" and that Americans won't go for them. I say screw that. Why is Brazil and/or Fiat just selling them directly? Toyota has shown pretty well that Americans with the buying power will respond to hybrid cars like the Prius in order to lower the amount they throw down on gas.

Currently, there's a bill pending in the Senate that would "allow a credit against tax for the purchase of a flexible fuel vehicle." With any luck, maybe I'll get that Siena a little sooner than I think.

Note: Thanks for reading! My week-long stint as the Machinist concludes today. If you'd like to follow my other work, you can do so at my blog: CyrusFarivar.com.