Get your Mac on! 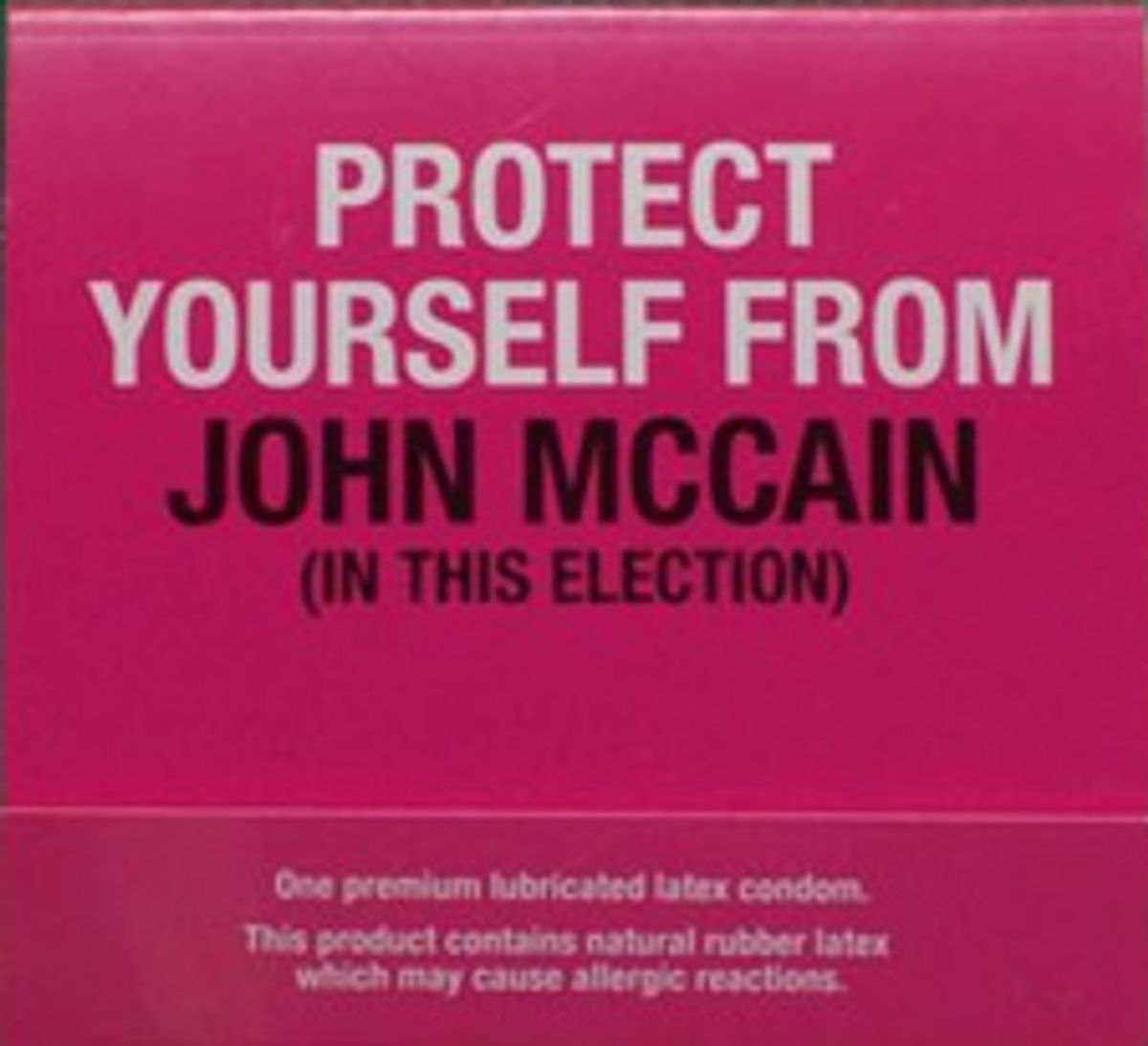 Bobbleheads and bumper stickers might act as an aphrodisiac for some political die-hards at the Democratic National Convention, but there is one item of swag meant for shagging: the John McCain condom.

I repeat: The John McCain condom.

Planned Parenthood is handing out more than 700 pounds of rubbers encased in a racy pink matchbook that reads: "Protect Yourself From John McCain (In This Election)." The back reads, "10 Things Everyone Should Know About John McCain," and includes one of 10 frightening facts about the presidential hopeful's record on reproductive rights. For example, No. 10: "Has voted against women's reproductive rights and privacy 125 times in his 25 years in Washington, D.C." The top 10 list is just one small part of why the Planned Parenthood Action Fund gave him the lowest approval rating possible.

To my mind, the best thing about this political prophylactic is that, as condom packaging typically does, it reads in small type: "If used properly, latex condoms will help to reduce the risk of transmission of HIV infection." See, that's funny in this case because, as you might recall, McCain appeared unaware of that very basic fact just last year -- and, for all we know, he still is.