Eyes back on the prize

Denver's finest moment so far was the roll-call vote, for all it said about the Clinton and Obama camps' capacity for grace, forgiveness and smart politics. 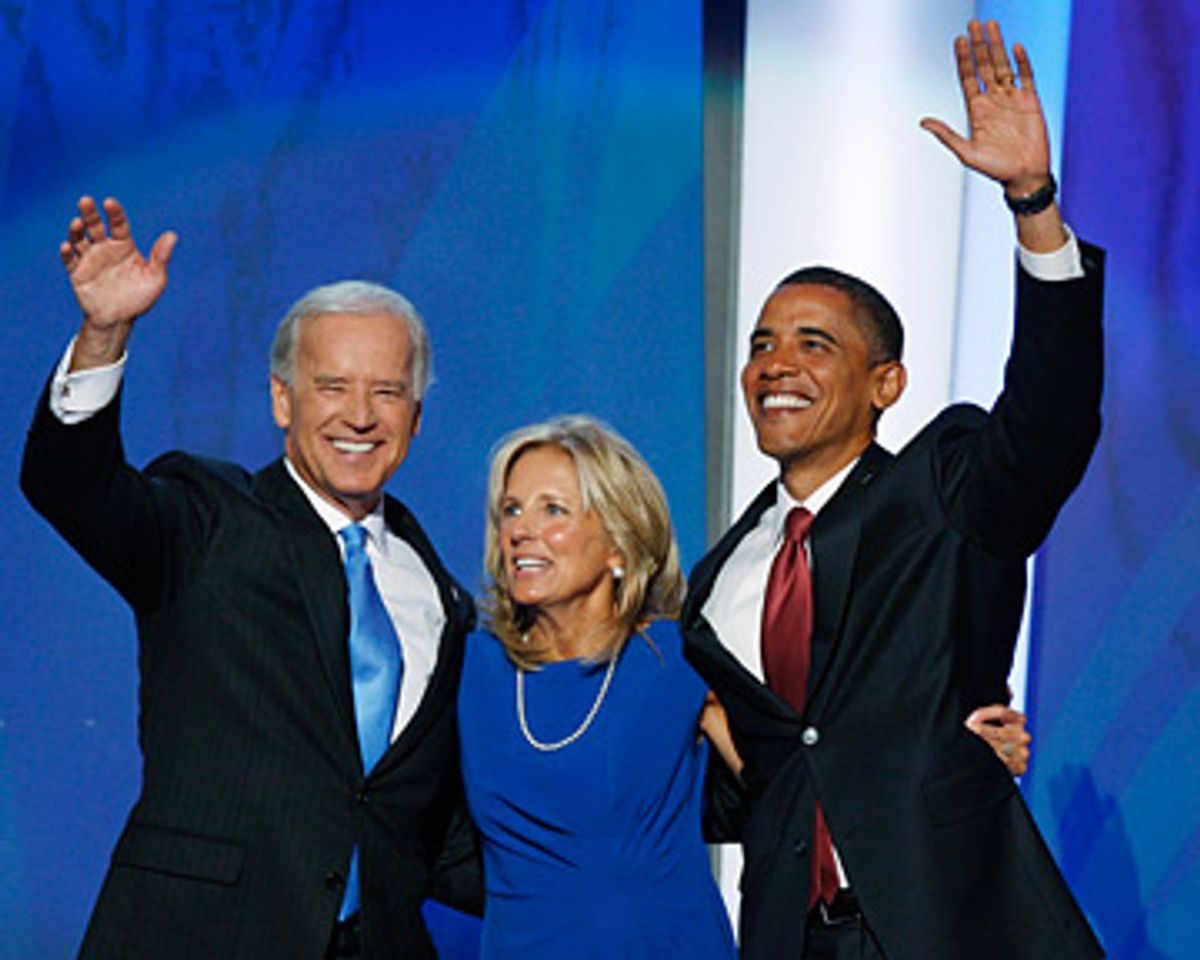 For all the stories about the dysfunctional tensions between the Clinton and Obama camps in the last two weeks, it's worth singling out what may remain the best moment of this convention, even after Barack Obama blows everyone away at Invesco Field Thursday night. And that was Wednesday's roll call vote. It was handled with an incredible dignity and sweetness that went a long way to redeeming the bitter feelings on both sides. It even had a tiny bit of suspense, not about the outcome, but exactly how it would end.

And when Illinois yielded to New York, and Hillary Clinton, speaking from the floor, in the heart of her delegation, moved to nominate Barack Obama by acclamation, well, that was catharsis. Sometimes catharsis is angry, sometimes it's quiet and calm; wholeness is restored. The entire roll-call process was a healing ritual handled by both sides with kindness and even tenderness, which you rarely see in politics.

And yet politics is the art of getting your heart broken, over and over again, and then getting back into the game -- and even rooting for the person who broke your heart. That the brawling, competitive Clintons could do that with such grace and conviction is the ultimate proof of their political greatness, despite their flaws. I never doubted that Hillary Clinton would deliver a graceful Obama endorsement Tuesday night, yet even I worried a little about Bill Clinton, given the nature of his anger, and anguish, over the rough campaign. But his speech topped his wife's as a passionate statement of the case for Barack Obama. That Obama himself had the courage to let the roll call happen, to give the Clintons their due on two consecutive nights after all the hard feelings during the primaries, and finally to show up at the Pepsi Center Wednesday night to thank them personally -- well, tonight will be a lot of fun, but I saw everything I needed to see Wednesday night to feel like this convention has finally pulled this party together.

Other moments: I loved "Mama Biden," Joe Biden's amazing mother, and Biden himself. It was a moving, overwrought, lovely Biden speech. The Biden-Obama man-hug was great; I even loved Obama's awkward kiss with Jill Biden. He just looked so happy up there he didn't quite know what to do with himself. It's just a great American story, the Obama and Biden families; African-American and Irish Catholic, economic hardship and now, great success; tragedy, loss and triumph; people getting their hearts broken and getting back up again, an ethic of public service and a deep commitment to social justice running through it all. It's still going to be a tough campaign against say-anything John McCain, but where as late as Tuesday I felt this convention lacked a center, on Wednesday it got its groove back. On to Invesco Field, more later tonight.