The 2004 Democratic presidential nominee talks about his blistering attack on John McCain in Wednesday's speech -- and what he should've done differently four years ago. 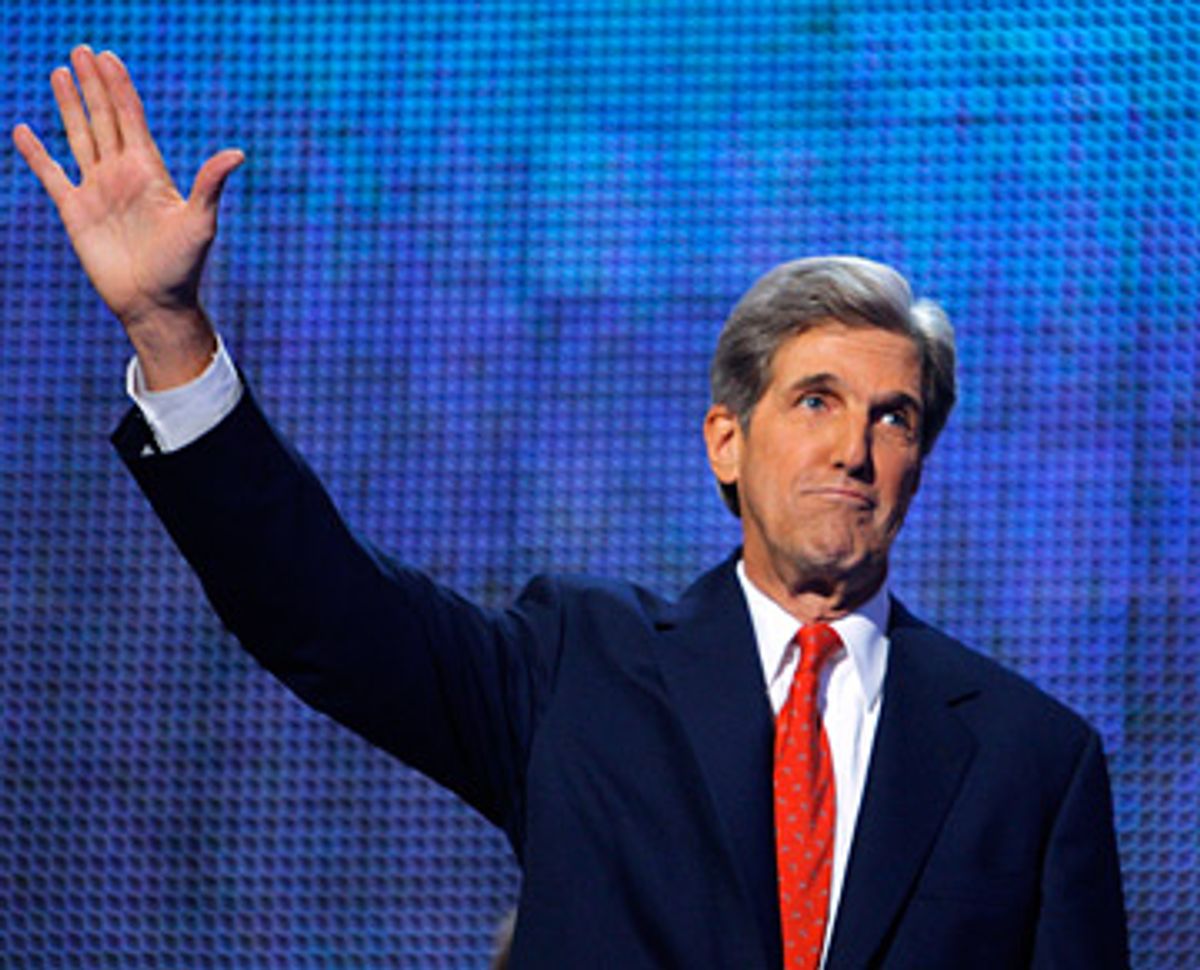 Thursday morning outside the Brown Palace Hotel where he and his wife are staying, John Kerry was helping get Teresa's stuff packed into a car for her departure today from Denver -- she's leaving, but he says he "isn't going anywhere." The Massachusetts senator and 2004 Democratic presidential nominee is fresh off his widely hailed evisceration of John McCain in a speech last night to the delegates -- arguably a better speech, given the relative expectations for the two men, than Bill Clinton's. (The sad part is that the networks and even MSNBC didn't run it in its entirety, live.)

Kerry was generous enough to take a few moments of time while extracting his very snappy bike out of the trunk -- apparently, he is planning to stretch those long legs today -- to speak with Salon. He showed more of that fire from last night, leavened with some self-effacing critiques of his own failures in 2004. And though I can't be sure who he had in mind as referents when he mentioned "some partisans" unable to get over Hillary Clinton's defeat, I could swear between the lines I heard the names Paul Begala and James Carville.

Do you think the convention pivoted last night to a stronger critique of McCain?

Well, I think it did. Monday and Tuesday tend to be days that you need a little less formality and a little less convention, if you will, and be more internal. I think it turned external last night and really began to focus more on the larger message for the country, with vice president [candidate] Biden. And tonight more so: I think Barack Obama is going to rip it tonight. I think you're really going to hear the differences on what this is all about.

Do you think the tensions between the Clintons and the Obama camp are being accurately reported?

No, I don't think they're being accurately reported. I think there are some partisans, obviously, for whom it is harder to put behind them expectations, and that takes a little bit of time. I think the president last night did a superb job speaking to that. I thought he was very, very good and went beyond what I thought he would do ... He validated Obama's ability to be president. He talked about the attacks on him as an experience. That was really important. And so I think there clearly was a pivot, and I think we're clearly on the road that you need to be, and I think these are the two most important days of the convention.

What did you think of Joe Biden's speech? Were you surprised he didn't talk about these things in his biography when he ran for president?

I thought it was good. I think Joe did what he needed to do, which is introduce himself to America and not talk so much to people in the hall but people in America ... It really humanized him and opened him up in a lot of different ways. It really did raise questions about why people didn't know more of those things about him.

A lot of people are saying, no offense, that they wished they had seen that John Kerry last night four years ago. Do you feel like ...

Well, I feel like -- no, on the contrary, I was that John Kerry four years ago ... particularly in the last six weeks I was. I won three debates against the sitting president. And I think that I'm proud of what we did. We should have taken those Swift boat attacks on more directly earlier. We just made a miscalculation. The calculation was that we had put the truth out and people saw through that kind of attack. The miscalculation is that if you put a lot of money behind a lie, there are some people who don't [see through it]. And that's where we made a mistake. We should have put more money behind the truth.

And I think the Obama campaign has learned that, and they're not going to give any quarter on these smears, lies and attacks. And I think that's what's important. You know, there are plenty of places where I let fire and let loose, like I did last night -- believe me. If you go back and look at my convention speech it was a strong speech, well received at the time. But people tend to blur that and they don't see it in the context of the attacks that came out afterwards. Yeah, we could have done a better job at making certain that we absolutely murdered those [attacks]. Believe me, part of the message I was sending last night was I learned that lesson -- and never again.