The right seems mostly to be stunned into silence. 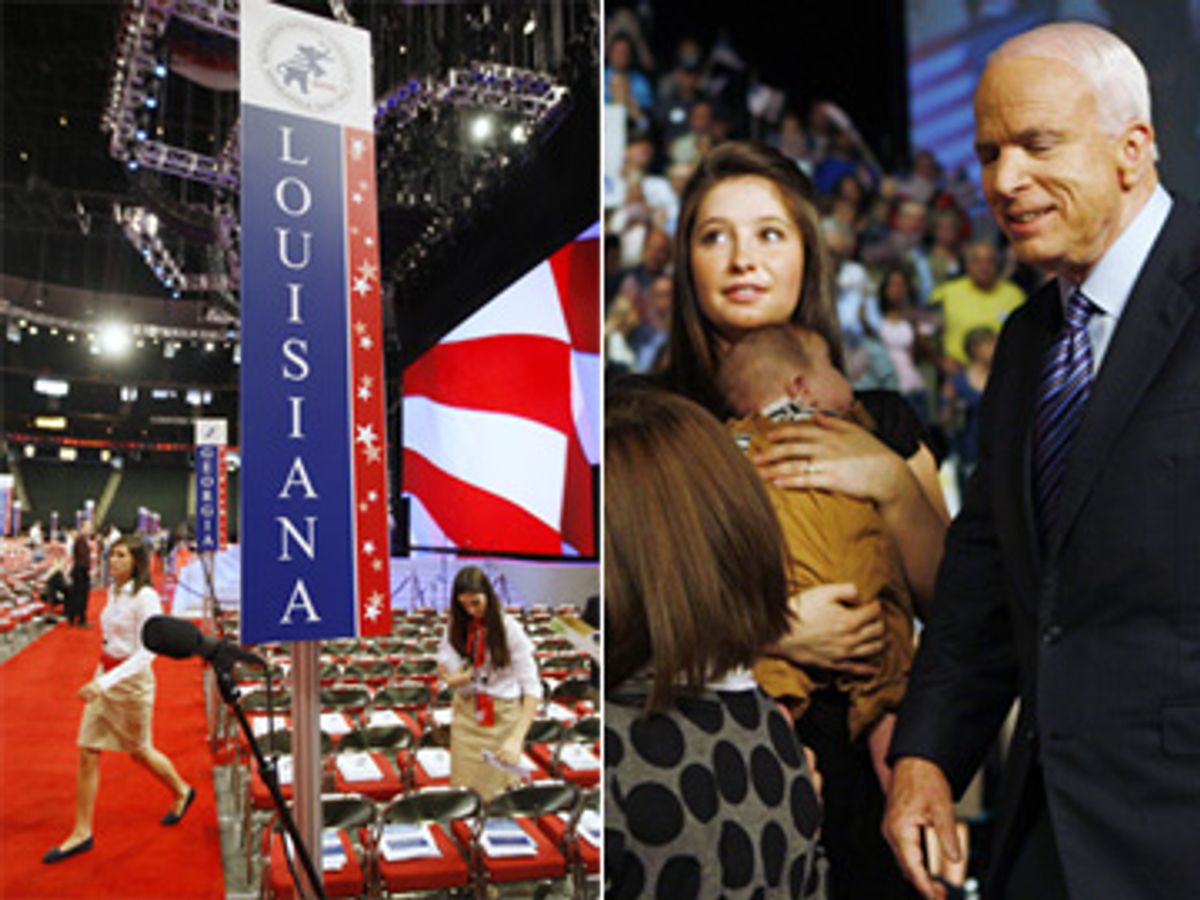 Can you hear the silence? I realize it's Labor Day, and conservatives are probably at Wal-Mart or their local Chamber of Commerce picnic, or whatever the heck they do to "celebrate" work and workers in America. But it is opening day of the Republican convention, so it's not like these folks are at the beach. And yet, there is a near-deafening silence from some on the right to the Bristol Palin pregnancy announcement:

At the Weekly Standard, John McCormack merely reprints, without comment, the two-paragraph announcement from the campaign. Kathryn Jean Lopez at the National Review's Corner seems so befuddled she reprints a quote from somebody at Focus on the Family (James Dobson, presumably), but fails to attribute the quote (riddled with >’s), and offers no comment of her own beyond reprinting it. The McCain campaign blog has nothing at all about the announced pregnancy, as of 2:30 EDT. Radio blabber Neal Boortz laments that "OMG, it's September 1 already," which would seem to indicate he’s working today -- but no mention of the Palin story there, either.

Ah, here we go: Michelle Malkin is on the job, saying the Palins choose life, but Malkin wants everyone to move on and leave Bristol alone. Which is a fine sentiment, if it didn’t smack of "please leave this story alone." To his credit, at least Tony Perkins of the Family Research Council issued a timely statement consistent with his group's positions: "Unfortunately, teenage pregnancy has become all too common in today's society regardless of a family's economic or social status. It is problem that we remain committed to reducing through encouraging young people to practice abstinence. Fortunately, Bristol is following her mother and father's example of choosing life in the midst of a difficult situation. We are committed to praying for Bristol and her husband to be and the entire Palin family as they walk through a very private matter in the eyes of the public."