This summer's buzzword implies that sitting on your couch can be an adventure. But even the smarmiest euphemism can't turn Paris Hilton into Paris, France. 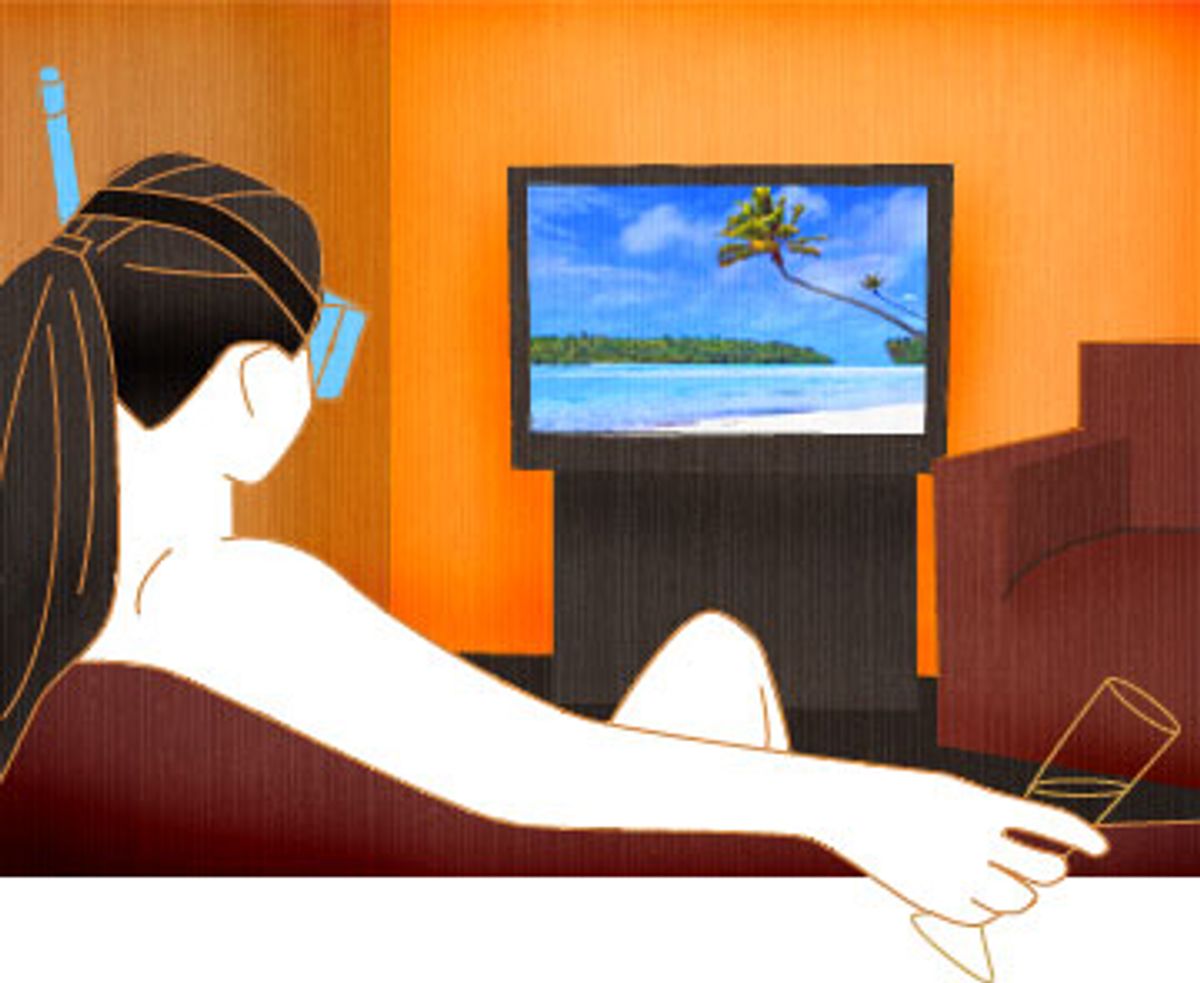 We need euphemisms more than ever in this economy. Times may not be kinder or gentler, but language sure is. You had to "transition" your mother into that "senior residence"? Yo comprendo. You find your 7-year-old's best friend -- the one who can't sleep over without calling home five times -- "challenging"? I feel you, brah. But as far as I'm concerned, "pain in the ass" will never go out of style.

With our challenging financial picture continuing to present, er, challenges, a never-ending supply of verbiage has been devised to soothe us. Even the word recession seems positive, relatively speaking. I rarely hear it without thinking, "Well, at least we're not in a depression." Experts seem to agree that a recession is an economic downturn (now there's a delicate word) lasting six months or more. But the word "depression," well, it turns out there may not actually even be such a thing. No one can agree on the exact meaning, though we all agree there was a "great" one some 80 years ago.

So far, the word of summer '08 has got to be "staycation." It's the season's hottest economy-based euphemism (or "econuphemism," and please credit me on that one -- I think it's a winner). Staycation is the new "too broke to go anywhere," and for the past three months every billboard, radio spot and bus bench has been putting this word all up in our grills. Barbecue grills, that is.

Who needs extra-baggage charges and peak-season airfares to Rome or Paris? "Jim Rome Is Burning" plays on ESPN every weekday afternoon, and Paris Hilton is surely just a click away on some VH1 countdown show. Besides, what could be more comfy than that couch in your den? Nothing except, perhaps, a new one from Raymour & Flanigan, which has been pimping the word on its Web site and in TV ads for the past two months. It has called a staycation "the ultimate getaway without leaving home." One hopes that the company employs considerably more logic when advising on the age-old dilemma between pullout sofa and sectional.

So where did this etymological softball originate? According to Wikipedia, "staycation" may have its origins in a hit Canadian TV comedy called "Corner Gas," which premiered in 2004. But this seems as unlikely as, well, a hit Canadian TV comedy. Ben Zimmer, executive producer for the Visual Thesaurus cites an earlier use -- a 1999 online review of a trip on the Celebrity cruise line. (That groan you just heard was Noah Webster rolling over in his grave.)

Since then, staycation has been lurking in the weeds -- until the price of a fill-up hit three figures this year. Now it's an irony-free suggestion from scores of diverse businesses that have struggled in lockstep with the consumer price index. Retailers started having "staycation" sales, hawking everything from blenders to insect repellent. Wal-Mart rose to the occasion, claiming pleasure is "as close as your own backyard." A Domino's Pizza essay contest (!!!) challenged its customers to describe the ultimate staycation, offering an "award" of $1,000 in Domino's gift certificates. And tourism boards and regional hotels leapt on the term, providing economic incentives for locals whose idea of a good time is ... staying in a hotel in their own town?

"It's difficult to predict what staying power the term will have beyond the current trend," says Zimmer, "since it could be the type of word that is promoted heavily in the media and just fades away."

If only. Lifestyle sites and shows like "Good Morning America" have not only embraced staycation and shamelessly dropped it into their regular patter but also presented special segments with tips for luxury staycationing. "GMA" recommended scheduling start and end dates, as well as a full stoppage of daily household tasks, or a "choratorium" (which -- sorry, Diane -- would get its ass kicked in a linguistic smack-down against "econuphemism").

In a story for the Associated Press, Jennifer Yates enthusiastically described her staycation last summer thus: "I went to an amusement park; planned my 7-year-old's birthday party; splashed around at a wave pool; read a book; worked out at the gym without waiting for a treadmill; did some shopping ... tried out some new recipes courtesy of the Food Network; and turned an unused bedroom into an office (including taking four trips to Ikea)."

And you thought assisted suicide was illegal.

Like any showoff-y, zeitgeist-reflective OED wannabe (like the word "wannabe," for instance), staycation both explains itself and justifies its existence with brevity, kind of like a verbal logo. The more we hear it, the more we are urged not merely to accept it but also to use it, to feel plugged in and to make it part of our shared, eternally optimistic American experience.

However, typical of a portmanteau made up of polar opposites (or oxymorons like "domestic bliss"), a rich lode of sarcasm runs through staycation and its slightly less-popular siblings, "holistay" and "daycation." I mean, we all know the images that holidaying at home conjures up. Channel surfing instead of bodysurfing. Spring cleaning during Spring Break. Hard times trumping good times. Girls Gone Mild.

Come to think of it, maybe staycation isn't a euphemism at all but, rather, a sober shot of reality. It's enough to sink us all into a long, dark ... er, period of sadness.

Wait, is that Domino's Pizza I smell?

Billy Frolick is a filmmaker and the author of several books, including the bestselling parody "The Ditches of Edison County. He is preparing to direct "Low Notes," a comic heist, from his own original screenplay.