She's still dominating the lady news, so we're still writing about her. 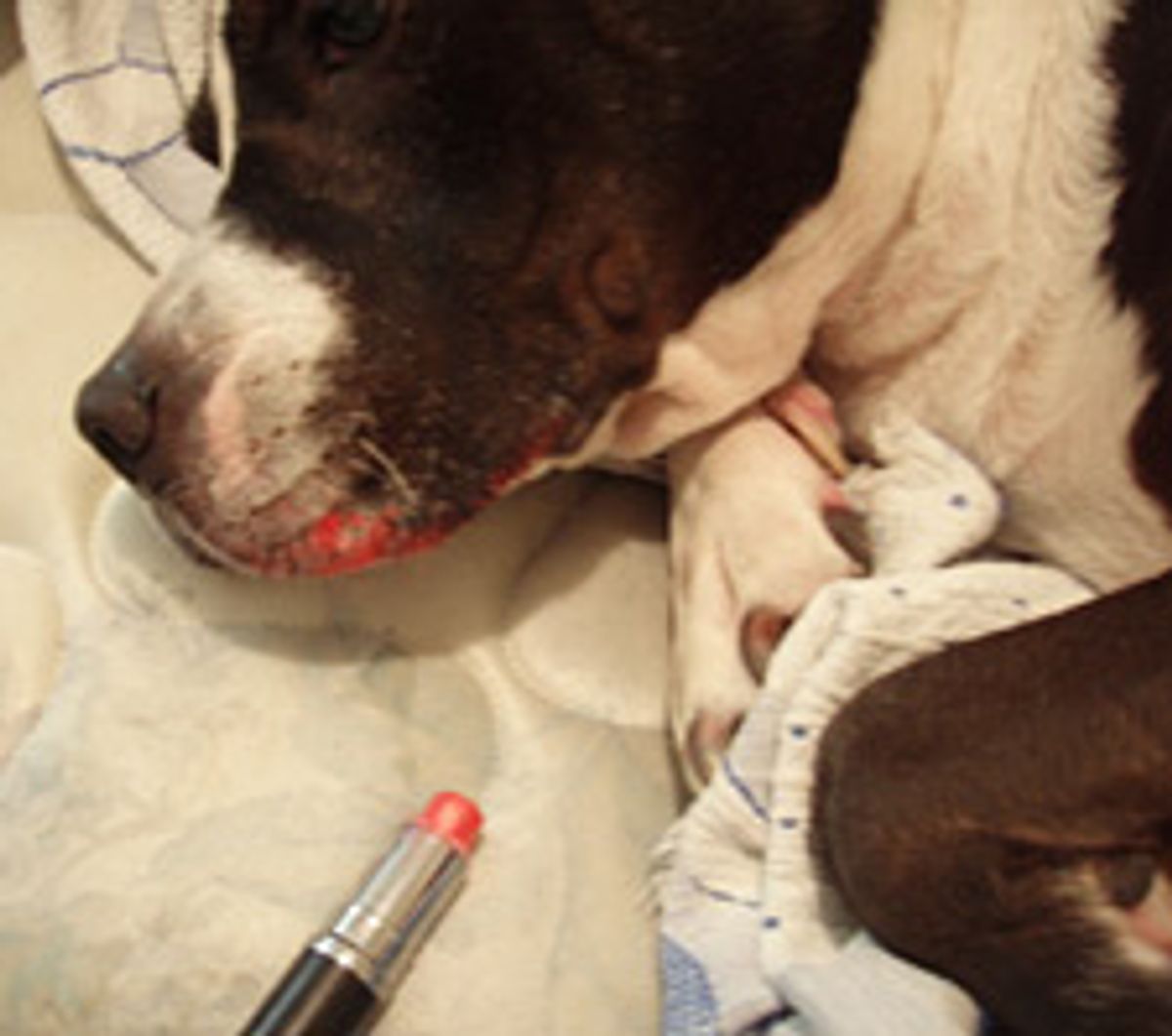 Photo by Aunt B

I really want to hug Oprah Winfrey for refusing to have Sarah Palin on as a guest until after the campaign is over. Trying to find non-Palin-related material for a lady blog these days is like trying to find a right-wing pundit who gave a damn about sexism before last week. But now that Oprah's taken a stand, maybe others will follow her lead in blowing off the Republican V.P. candidate, and we can get back to more important stuff (like how the sports car "vroom" sound has been scientifically proven to arouse women, despite its well-established correlation with tiny penises). A girl can dream, anyway. In the meantime, resistance is futile, so here's your daily Palin.

Lynn Paltrow of National Advocates for Pregnant Women has an open letter to Sarah Palin up at AlterNet, pointing out that reproductive freedom is about more than just the right to choose to terminate a pregnancy. Paltrow contrasts Palin's potentially risky decision to take a long plane ride while leaking amniotic fluid with the cases of three other pregnant women who were not allowed to make their own decisions about how and where to give birth -- including one adamantly pro-life mom who was taken into custody while in active labor, because doctors decided she should have a C-section instead of a vaginal home birth. There was a hearing in which her fetus was appointed its own lawyer. Go read the whole thing.

Heart's Ann and Nancy Wilson have released a statement saying they're pissed about the use of their song "Barracuda" to introduce Palin (who was "Sarah Barracuda" long before she became a pit bull in lipstick) at the convention, despite their repeated requests that the GOP knock it off. So pissed they had to resort to all caps: "Sarah Palin's views and values in NO WAY represent us as American women." The Wilsons also point out that the song was written "as a scathing rant against the soulless, corporate nature of the music business, particularly for women," so "there's irony in Republican strategists' choice to make use of it there." To say the least.

Judith Warner comes right out and says it: "Having Sarah Palin put forth as the Republicans' first female vice presidential candidate is just about as respectful a gesture toward women as was John McCain's suggestion, last month, that his wife participate in a topless beauty contest." And Sarah Haskins has a video (you knew I'd get there) demonstrating just how right she is. "Sexism exists, and the only way to fight it is to vote for a woman you may or may not agree with on any of the issues!"

If the new Target: Women and the Sarah Palin rap aren't enough video for you, have a look at the Sarah Palin vlog. And finally, if you're in New York City this Saturday night, you can swing by Arrow for "Palin Comparison," a Sarah Palin look-alike contest hosted by journalists Samantha Henig and Jonah Green. Says Henig in an e-mail, "Be creative: if you don't have thick brown hair and Tina Fey glasses to work with, perhaps you have a freshly slaughtered moose."