The Venice Film Festival takes risks while Toronto promises gems like Claire Denis' "35 rhums," an intimate movie about the pleasures of home -- and knowing when to leave it. 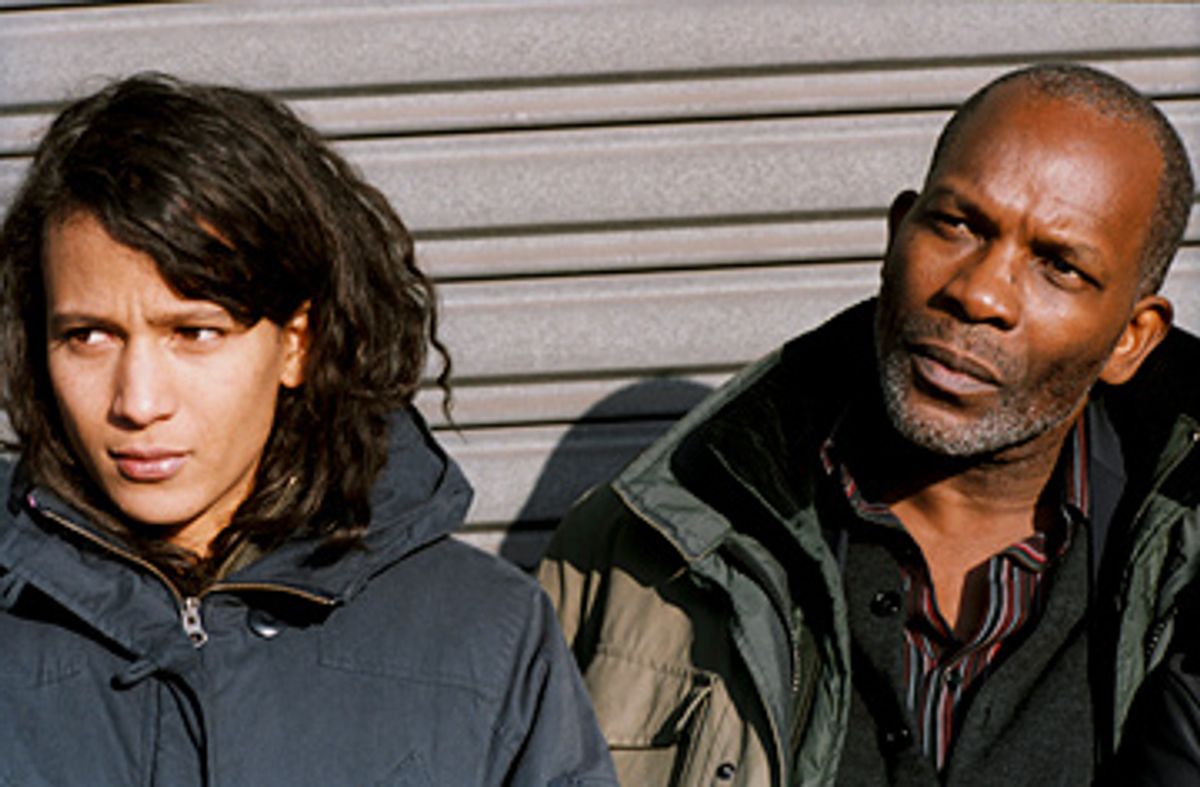 I generally arrive in Toronto on the first day of the festival, but I'm showing up a day late this year after making an unexpected and pleasurable detour: I was asked to sit on a panel at the Venice Film Festival, to coincide with a retrospective called "These Phantoms: Italian Cinema Rediscovered (1946-1975)," a series of about 30 rarely seen Italian films by the likes of Pier Paolo Pasolini, Franco Rossi, Dino Risi and Lina Wertmuller. (Wertmuller herself was on the panel, decked out in her trademark stark white eyeglasses.) Because I was in Venice for only a portion of the festival, I knew I wouldn't be able to cover it in a thorough and proper fashion. But I spent long enough on the Lido, the seven-and-a-half-mile finger of sand between the Laguna Veneta and the Adriatic Sea, where the festival is held, to get a sense of how intimate and relatively relaxed it is; it seems purposely designed to discourage the mad rushing around that so many of the big film festivals demand. It is, after all, a festival by the sea -- although I doubt most of the critics and journalists attending even look much at the water.

I arrived in Venice too late to catch the opening film, the Coen brothers' "Burn After Reading," which means I also missed the pandemonium caused by the presence on the island of both Brad Pitt and George Clooney. The most glittery movie-star action on the Lido takes place not in the two theaters where the movies are screened for us press and industry schmoes, but in the imposing and tastefully glamorous Hotel des Bains, the beaux-arts beauty used by Thomas Mann as the setting for "Death in Venice." This symbol of Old World decadence is hidden from the street by a long, fat, nicely manicured hedge -- well, it's mostly nicely manicured, except for a sparse, concave hollow in one spot where onlookers would gather each night to peek onto the hotel grounds in the hopes of getting a glimpse of Brad, George or whomever. I don't know if anyone is ever successful in this endeavor: Whenever I peeped over the hedge, all I saw were anonymous waiter types in stiff suits, or a cluster of young women dressed in nondescript black evening dresses -- all the Old World decadence you can buy at the Prada store.

I much preferred plain old people-watching on the Lido's broad, shady sidewalks, which stretch parallel to the island's hidden beach front: At dusk, tubby elderly gents would come out to walk their even tubbier dogs; parents and their kids would scatter over the sidewalk, making it nearly impossible to pass -- the sort of thing that would be infinitely annoying in New York, but that you make allowances for, because who has a right to be grumpy in Venice?

But if you're looking for grumblers, even in Venice, you don't have to look far. The festival is packed with critics and journalists, largely from Italy and other countries in Europe (there were relatively few Americans), and the word on this year's festival, streaming first from the lips of these writers and then onto the pages of their newspapers and blogs, was that most of the movies were, to use the relatively polite adjective, lousy. I tried to use my time in Venice to get some sense of the films in competition, and from what I saw, I'd probably agree: Pictures like Amir Naderi's "Vegas: Based on a True Story" (a small American indie about a family who destroy their backyard, and their life, looking for buried heist money) and Werner Schroeter's "Nuit de chien" (a self-serious futuristic parable in which the stalwart French actress Bulle Ogier is relegated to playing a lesbian nightclub owner in a cheap tuxedo) are most likely not coming to a theater near you, and you should be grateful. But there is an upside to a festival that offers such a weird mix of pictures. Venice, this year at least, is a festival that takes chances with its programming rather than packing it with crowd pleasers: The Clooney/Pitt juggernaut aside, you don't program a Turkish film whose title translates to "Milk" if you're trying to pack 'em in.

I didn't happen to catch that one myself (its Turkish title is "Sut," and its director's name is Semih Kaplanoglu), but it's one of numerous Venice selections that will also screen over the next week in Toronto. And even though I missed the first day of the festival here, I did manage to catch up in advance (a phrase that perhaps makes sense only when you're trying to hit four or five films a day) on a few things that will be making waves from Toronto. (As Steven Wright might say, the next best thing to being in two places at once is being in two places consecutively.) I already know that one of those pictures, Claire Denis' "35 rhums," will end up being one of my favorites, of either festival.

Then again, Denis is one of my favorite living directors, period. Just when I think I've found some thematic connection between her movies -- some way to link, even tenuously, the romantically doomed vampires in "Trouble Every Day," the one-night-stand Parisian lovers of "Friday Night," the ode to male beauty that rings out through the images in "Beau Travail" -- Denis gives us crazy old Beatrice Dalle, cackling as she drives a team of sled dogs in "L'Intrus," and all bets are off. I never know what I'm going to get with Denis -- Will it be immediately comprehensible or thorny? Flinty or tender? -- which is why I always look forward to her movies.

"35 rhums" -- the English title would be "35 Shots of Rum" -- is one of Denis' most intimate movies, set largely in a Paris apartment building that's home to a number of people who have come from somewhere else, some of whom have good reason to leave this place they call home and others of whom only want to stay. Joséphine (Mati Diop) is a student in her early 20s who lives with her father, Lionel (the wonderful French actor Alex Descas, who appears in many of Denis' movies). Joséphine's mother died long ago, when she was an infant; another resident of the building, a cabdriver named Gabrielle (Nicole Dogue), helped care for Josephine when she was young and has long been in love with Lionel. He's indifferent to her affections, but not unkind. Along with a fourth resident of the complex, Noé (Grégoire Colin, another Denis regular), they're a makeshift family, connected by bonds of relaxed intimacy that are as strong as blood ties.

Joséphine worries constantly about her father, a motorman on the Metro, and looks after him anxiously: The two sit down for contented, nearly silent meals together, like an old married couple who no longer need to fill their airspace with talk. It becomes clear that that troubles Lionel: He wants Joséphine to make a life for herself instead of just living to look after him.

Denis (here working with her regular cinematographer, Agnès Godard) has a tendency to keep the camera very still -- she lets the action come to it, instead of the other way around, an approach that intensifies the emotional energy of the story instead of distracting us from it. Godard's camera shows us trains moving through the tunnels at night, filled with people on their way home from work, their faces reflected in dark windows: These images locate the painful beauty of isolation, but they also make it clear that isolation isn't the same as detachment. This is a picture about the pleasures of making a home and also about knowing when it's time to leave it -- though by the end, when we find out what the movie's title means, Denis suggests the real home you've made is always in your heart.

Because I've spent the past few days largely alone among non-English speakers and have nowhere to pour my newfound love for the city of Venice, I will leave some here, like a bouquet: Why didn't anyone warn me that the city would break my heart? I've heard people grouse that certain parts of Venice, most notably San Marco, are too overrun by tourists. (I guess you know you're in a city of tourists when you see a sign conveying, in unmistakable graphic terms, that the wearing of swim trunks is forbidden in the Basilica di San Marco. My God, wouldn't you just love to see someone try it?) But somehow the hundreds of wandering, perpetually lost tourists make sense. The city itself is a kind of living museum, a breathing, thriving place that holds the past close, like a treasure with which it has been entrusted. It's the kind of place that makes you vow never to set foot in Target again, never to buy anything that's not built to be useful and beautiful for at least 400 years.

Wandering through the city's intimate warren of streets one afternoon, I heard a lone bird singing like the dickens from above, a parakeet in a bright cage suspended in an open window. Parakeets sound bonkers even when they're just mildly happy, and this one was positively certifiable. But he had every reason to be over the moon. He lives in the most beautiful city in the world, and I, unfortunately, had to leave it. Arrivederci, Venezia -- hello, Toronto.