Wanna be on top?

"America's Next Top Model" introduces a preoperative transsexual. But is this a step toward enlightenment -- or just another excuse to throw stones? 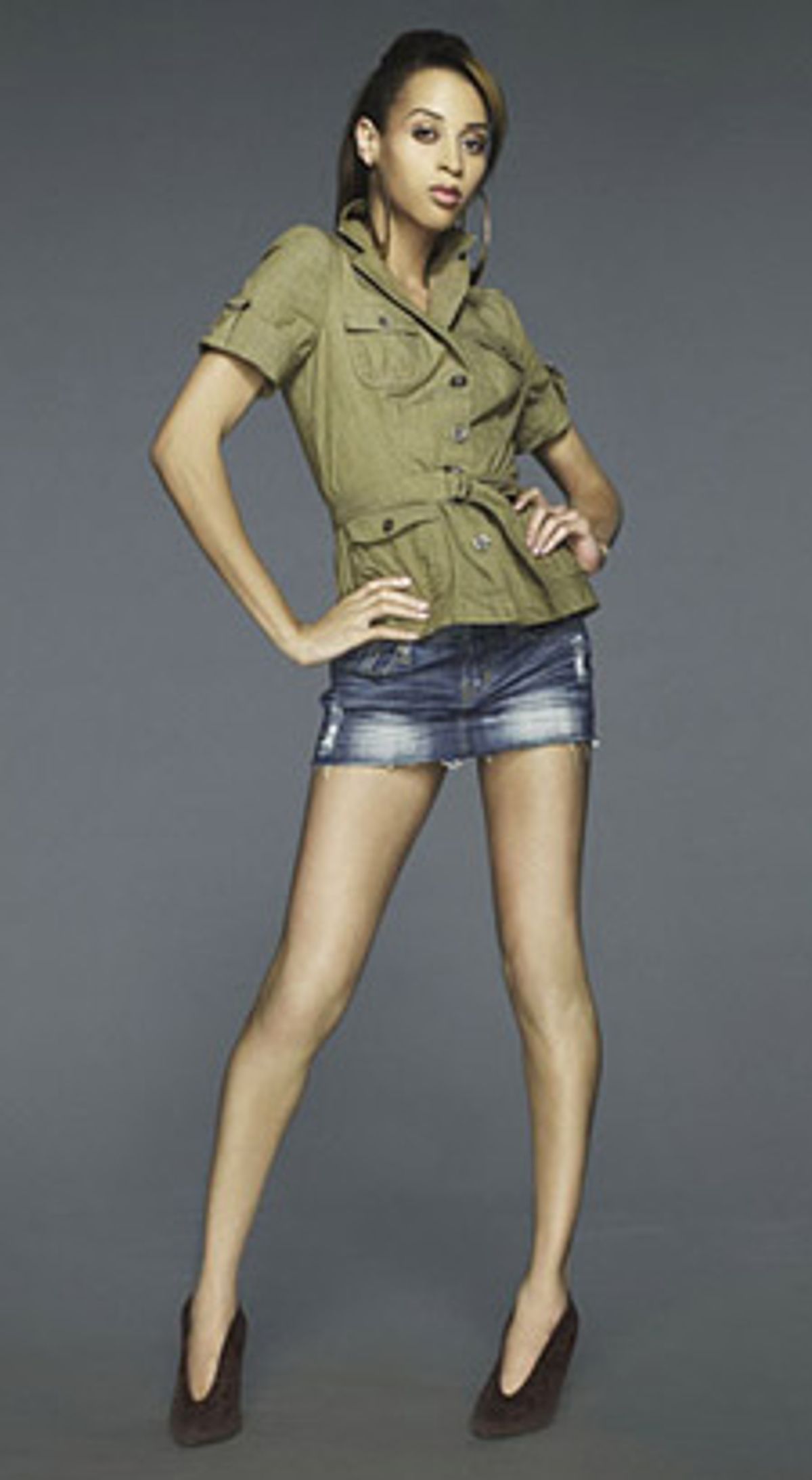 "America's Next Top Model," now in its 11th "cycle," jumped the shark so long ago that it is firmly lodged in the whale's baleen. This season's corny spaceship theme -- Tyra Banks and her minion pretend to be robots -- would probably have gotten a contestant rejected if she'd come up with it. But there's one new twist among the overconfident undereaters, including a Harvard English grad unable to name any literary heroines, an Alaskan greenhorn eerily paralleling Sarah Palin and a bunch of other shrieky, gawky gamines. Her name's Isis, and she's a preop transsexual.

While several of the girls are open-minded and curious about their suite mate, there's controversy among the models-to-be about whether Isis belongs in the competition at all. Frequently their argument combines bigotry and bitchiness: "I'm not discriminating against her, but sorry honey, no," Kacey says. "'America's Next Top Model' is not going to be a drag queen," Sharaun snaps (miscategorizing her rival). South Carolina belle Clark goes further, suggesting that difference naturally invites violence: "You walk around in a small town like that, and you'll get shot," she drawls, careful to garnish her prejudice with a dollop of B.S. "It's not so much a closed-minded view, it's just more traditional." On one level, the haters have a point. Now that someone born a man can become a wo-man, it seems to damage women's rights for such a person to claim a spot presumably belonging to a biological female. But while technically a competition for women, "next top model" is not a gender-specific term, and the show has never required all contestants to become women in the same way. And since when has fashion had anything to do with women's rights?

The inclusion of Isis also reminds us that the fashion industry, despite Tyra's mission, isn't about celebrating female identity, it's about selling products with fantastic illusions. Ms. Banks et al. couldn't care less about authenticity as long as appearance is exciting. A duckbill platypus could clean up on "Top Model" as long as it gave drama and did fierce runway. The irony, therefore, is that Isis is actually better prepared for the demands of the job than most of her competitors. Trans girls of color often live and breathe the performance of gender (see "Paris Is Burning"), and glamour is their stock in trade. After Isis' interview with fashion photographer Nigel Barker, he remarked that Isis was "the only one that really knew her stuff." The large-eyed preop nailed her first photo shoot despite the girls whispering nasty comments to her during the process and went on to humiliate Kacey and Sharaun by moving up when they did not. In a way, she's the ideal "Top Model" contestant, a wannabe with a potentially interesting past who represents a chance for Oprah-in-training Tyra to teach the girls a lesson about tolerance, and a protégé for Miss Jay. She's a glam but odd-looking "couture" kind of girl, who no doubt will soon unveil her sick runway skills and make the judges gag. And why shouldn't she be allowed to compete? Her rivals learned to be women from society, whereas Isis learned to be a woman from the fashion industry.