Alaskan Independence Party chairwoman Lynette Clark talks about why she doesn't identify herself as an American, and about her kindred spirit Sarah Palin. 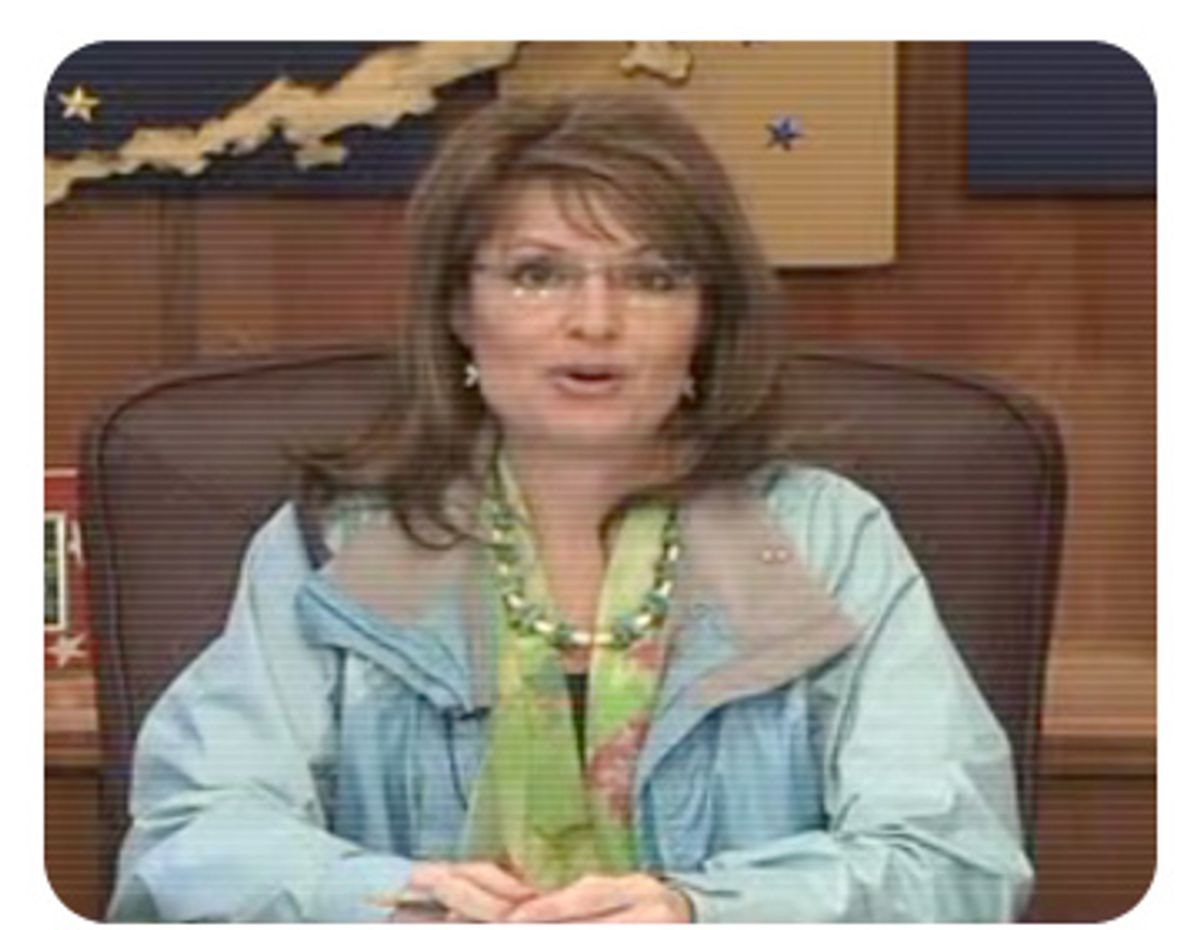 Clark -- a blunt-spoken, gravel-voiced pioneer in the Alaska independence movement -- spoke with me from her home outside Fairbanks, where she and her husband, Dexter, another veteran Alaskan freedom fighter, work a gold mine claim. Clark was born in Illinois, moving with her family as a child to the Alaska territory in 1951. But, she says, "in my heart and mind, I'm an Alaskan. I don't identify myself as an American."

The Alaskan Independence Party burst into the national spotlight when Clark released a statement reporting that Sarah Palin and her husband, Todd, were both members. After the ensuing uproar, Clark issued an apology and correction, declaring that only Todd was an actual member of the AIP. (He belonged from 1995 to 2002.) The McCain campaign put out a statement denying the vice presidential nominee had ever been a member, but it said nothing about Todd Palin. Since then, other AIP members have offered conflicting information about Sarah Palin's affiliation with the party. And earlier this year, as governor, Palin addressed the AIP convention, stating that she shared the party's "vision."

"Keep up the good work," Palin told party members. "And God bless you."

Whether or not Palin herself was an AIP member, Clark makes it clear that the GOP vice presidential candidate is a kindred spirit.

"I've admired Sarah from the first time I met her at the 2006 (AIP) convention," which Palin also addressed, says Clark. "She impressed me so much. She's Alaskan to the bone; she's a damn good gal.

"As I was listening to her, I thought she sounds like what we've been saying for years. I thought to myself, 'My God, she sounds just like Joe Vogler.'"

Vogler was the craggy, fire-breathing secessionist who founded the Alaskan independence movement in the early 1970s. Among the colorful Vogler quotes now in circulation are "I'm an Alaskan, not an American. I've got no use for America or her damned institutions." Then there's "The fires of hell are glaciers compared to my hate for the American government." And "The problem with you John Birchers is that you are too damn liberal!"

Vogler ran unsuccessfully for governor three times between 1974 and 1986, on a platform promoting an "Independent Nation of Alaska." By the 1990s, Vogler had built party membership to about 20,000, and the party scored its first major electoral victory when former Republican Governor and U.S. Secretary of the Interior Wally Hickel joined the AIP and won the gubernatorial race.

By then, Vogler was close to achieving one of his major goals: speaking before the United Nations (despite his antipathy toward the international body) on Alaska independence. According to the AIP, Iran had offered to sponsor Vogler's appearance -- which surely would have been an unsettling moment for the United States in the U.N. assembly.

But in May 1993, Vogler disappeared. The following year, his remains were found in a gravel pit east of Fairbanks, wrapped in a blue tarp with duct tape. A convicted thief named Manfred West, who had worked as a campaign volunteer for Vogler, confessed to the crime, telling authorities that he had murdered Vogler in a plastics-explosives deal gone bad.

Lynette Clark doesn't buy the official version of Vogler's death. She calls his murder an "assassination."

"He was executed," she says. And other past and present AIP leaders agree with her. Jack Coghill, who served as Governor Hickel's lieutenant governor, declared that Vogler's murder was "the cleanest takeout" job he had seen.

"I will never believe that Fred West put a bullet in the back of Joe's head all by himself," Clark says. "Fred is a liar, cheat and thief. But he wasn't smart enough to pull it off alone."

Who does Clark believe was behind Vogler's elimination?

Clark asserts that the timing of Vogler's murder was suspicious, on the eve of his appearance before the United Nations. "The United States government would have been deeply embarrassed. And we can't have that, can we?" she says with a wry laugh.

Clark also points out that an independence movement that aims to wrest control of Alaska's enormous natural resources is bound to threaten powerful corporate interests. "Alaska is an incredibly resource-heavy republic. There are lots of pressures on us."

After Vogler's murder, Clark feared that she could become the next target. She claims that convicted murderer West had a list, with her name under Vogler's. "I left the party for 12 years after Joe's death. But after wrestling with my cowardice, I finally returned to the party in 2006 and became chairman."

Now, says Clark, she carries a loaded gun for self-protection. "A Colt .45, full clip. I call it my little pony."

Despite her affection for Sarah Palin, Clark says she won't be voting for the Republican ticket in November. "She's aligned herself with a man who has campaigned aggressively against allowing Alaska to develop our own resources."

Clark charges that Alaska's vast treasures have been plundered by Washington and its corporate allies. "My mother used to say we should have been kissed first before they did the rest to us."

If Palin is elected, "I can only hope that she doesn't get chewed up and spit out in Washington. The powers that be know how to beat up a gal."

Last October, at a gathering of various anti-U.S. groups in Chattanooga, Tenn., called the Secessionist Convention, Clark's husband, Dexter, expressed hope that Palin's political rise was a positive sign for their independence movement. "Our current governor, who I mentioned at the last conference, the one we were hoping would get elected, Sarah Palin, did get elected," Dexter, a homespun-looking man in jeans and suspenders and a ZZ Top beard, told the assembly of secessionists. "There's a joke -- she's a pretty good-lookin' gal -- there's a joke around, that we're the coldest state with the hottest governor. And there's a lot of talk about her moving up. She was an AIP member, before she got the job as the mayor of a small town. That was a nonpartisan job. But to get along to go along, she eventually joined the Republican Party, where she had all kinds of problems with their ethics ... And she's pretty well sympathetic, because of her former membership."

Dexter Clark added that secessionists should "infiltrate" the two major parties when they could advance their cause this way.

But Lynette Clark makes it clear that she does not believe in working within the American political system. Clark, who served in the Air Force during the Vietnam War, says she once believed in America. But no longer.

"My God, our country's been completely whored out to the highest bidders." We no longer live in a democracy, she says. "We have a partnership between a powerful state and powerful corporate interests. By any other name that's fascism. It certainly isn't a democracy. Mussolini must have a grin as wide as the Yukon River, looking at what the United States has become."