Why the White House can no longer hide the truth about its warrantless surveillance of Americans. 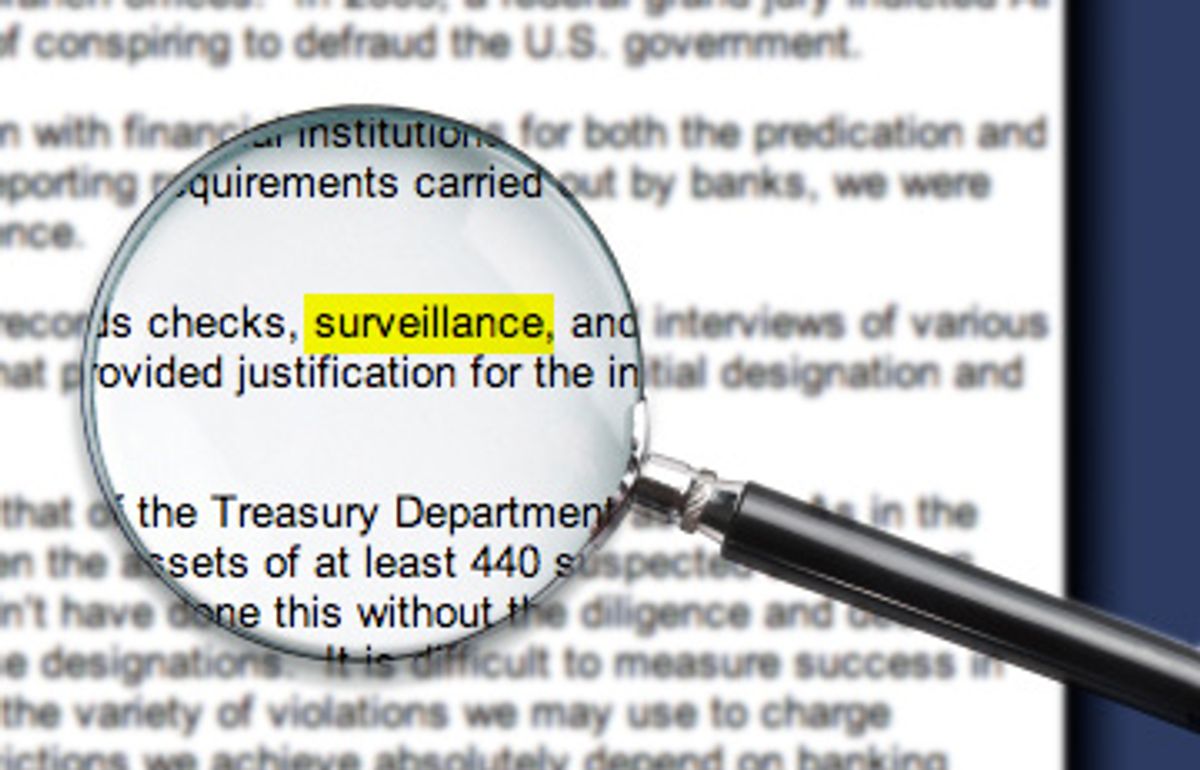 For almost three years now, the Bush administration has insisted that the nation's security depends on keeping secret a part of its war on terror that was first exposed in the media back in 2005: its extralegal spying inside the United States. Bush lawyers have relied on the state secrets privilege to block numerous lawsuits challenging the administration's reported spying on Americans and others without warrants, claiming that even to acknowledge such allegations would put the country's security in jeopardy.

A cornerstone case in this legal battle is that of the Al-Haramain Islamic Foundation Inc., an Oregon-based charity group, in which there appears to be the most known evidence of such spying. And, as it turns out, one need look no further than the FBI's official Web site to find irrefutable evidence that surveillance of the group occurred -- and that the government's persistent claims of maintaining secrecy about it have been spurious.

I am an attorney on the legal team representing Al-Haramain and two lawyers, Wendell Belew and Asim Ghafoor, who represented Al-Haramain in 2004 when the FBI was investigating the charity to determine whether it should be declared a terrorist organization. Al-Haramain, Belew and Ghafoor have sued the Bush administration for warrantless electronic surveillance of telephone conversations between Belew and Ghafoor and one of Al-Haramain's directors during March and April 2004.

As I recounted in Salon in July, lawyers for the Bush administration have gone to extreme and even bizarre lengths in their attempts to prevent the federal courts from determining the legality of the president's warrantless electronic surveillance program. A key problem for them is a top-secret document that the Treasury Department accidentally disclosed to Al-Haramain's lawyers in 2004. The document confirmed the surveillance of our clients, and thus, we contend, their legal standing to sue as victims of the program.

The government lawyers want to prevent our legal team from using the document as evidence in the case -- in fact, they want to erase the document from all memory. Belew and Ghafoor had to return their copies of the document to the FBI, and the Bush lawyers have urged the courts not to allow us even to describe its contents in confidential court filings. Again, they have argued that U.S. national security hangs in the balance.

In the most recent ruling in the case, on July 2, U.S. District Court Judge Vaughn Walker said we could not use the document until we first made a preliminary showing of electronic surveillance using only nonclassified information. Judge Walker gave us 30 days to restructure our complaint in an attempt to make that preliminary showing.

Now, we have done exactly that. For many months, we had been gathering public information about the warrantless surveillance program in general and the 2004 investigation of Al-Haramain in particular, including congressional testimony and speeches by various public officials in which, bit by bit, they have revealed key information in surprising detail. By the time of Judge Walker's July 2 ruling, we had assembled the following timeline, based solely on public information and Belew's and Ghafoor's recollections of the 2004 telephone conversations:

In February 2004, upon the Treasury Department's preliminary designation of Al-Haramain as a terrorist organization, the FBI began investigating Al-Haramain, ostensibly for currency and tax law violations. During the following weeks, Belew and Ghafoor had numerous telephone conversations with an Al-Haramain director in which they discussed, among other things, Ghafoor's representation of three persons -- a brother-in-law of Osama bin Laden's and two clerics whom bin Laden claimed had inspired him -- in a lawsuit filed by victims of the 9/11 terrorist attacks. In September 2004, upon formally declaring Al-Haramain to be a terrorist organization, the Treasury Department issued a press release claiming, for the first time, that Al-Haramain had "direct links" with Osama bin Laden. The obvious inference is that the government had relied on electronic surveillance of the telephone conversations -- as confirmed by the top-secret document later accidentally disclosed -- to tie Al-Haramain to Osama bin Laden.

But since the July 2 ruling, we have discovered additional evidence of surveillance of our clients. In fall 2007, FBI deputy director John Pistole gave a speech at a conference of bankers and lawyers in which Pistole thanked the bankers for their cooperation in giving the FBI financial records for terrorist financing investigations, and then went on to describe the FBI's 2004 investigation of Al-Haramain. In the text of the speech -- which is posted on the FBI's Web site -- Pistole explicitly admitted that the FBI had used "surveillance" among other "investigative tools" in the Al-Haramain investigation, noting that "it was the financial evidence that provided justification for the initial [terrorist] designation" in February 2004.

Remarkably, Pistole made these public statements months after Bush's lawyers had told the 9th Circuit Court of Appeals (in mid-2007) that whether Al-Haramain was surveilled in 2004 -- with wiretapping or in any other way -- is a state secret that the government can neither confirm nor deny. As defense counsel Thomas Bondy put it then: "It is absolutely clear and undisputed that the world at large, the whole world, does not know whether or not any of the plaintiffs were surveilled."

Pistole's speech tells us not only that the government surveilled Al-Haramain but that the government relied on financial information for Al-Haramain's initial terrorist designation in February 2004 and then relied on surveillance -- undoubtedly including the telephone conversations intercepted by the National Security Agency in March and April -- later to issue the formal terrorist designation purporting to tie Al-Haramain to bin Laden.

Judge Walker will next decide, in a hearing scheduled for Friday, what procedures he will follow in deciding whether we have presented enough nonclassified information to go forward with the lawsuit. For purposes of that decision, Pistole's speech certainly makes it difficult for Bush's lawyers to claim with any credibility that it remains a secret vital to U.S. national security whether Al-Haramain was surveilled under Bush's warrantless wiretapping program.