The corporate financiers are wrong

Would they please shut up about the wonders of an unfettered free market? It's taxpayers who are paying the price for their greed -- again. 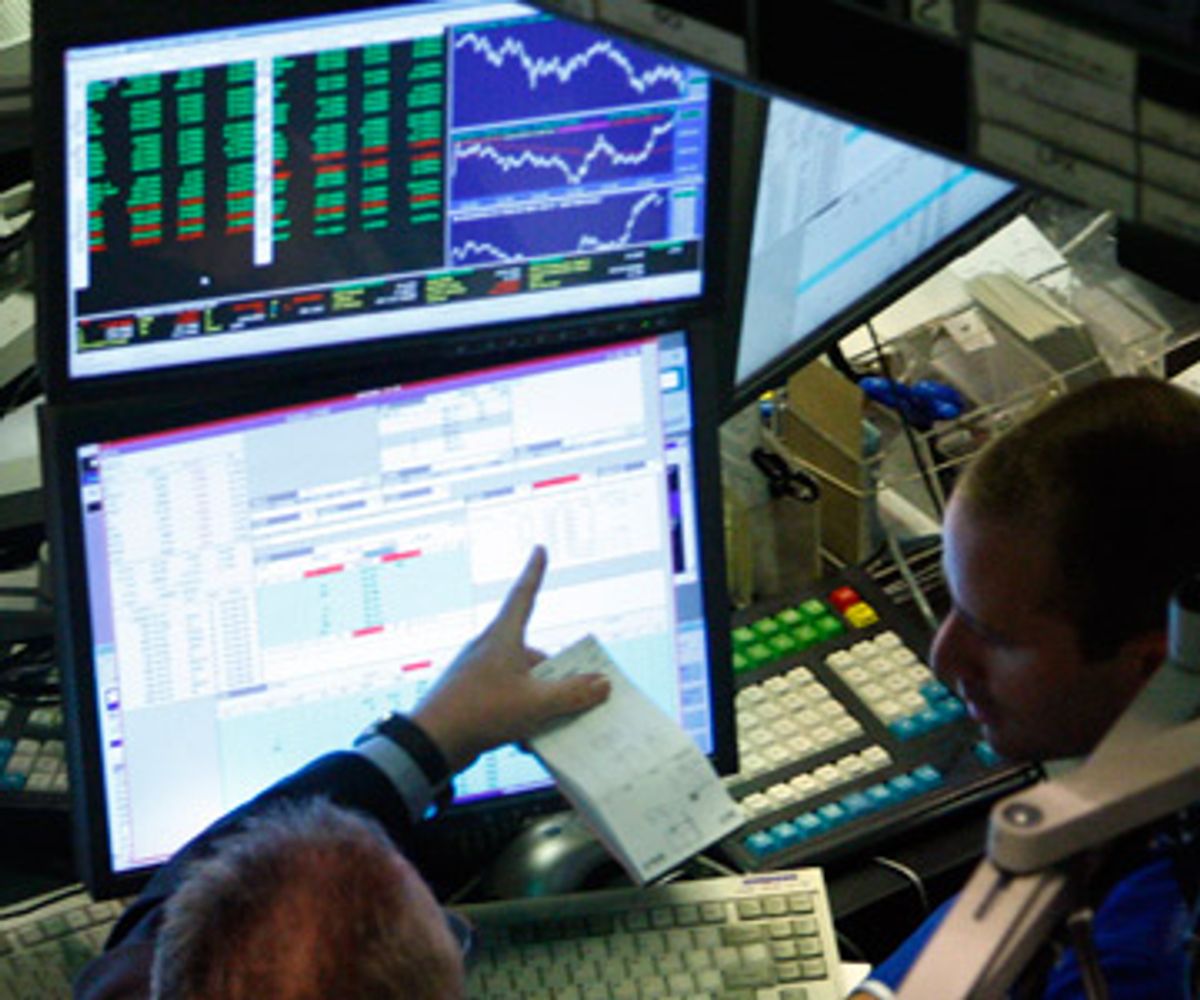 Now that we're all about to take on hundreds of billions or perhaps a trillion dollars in new public debt to redeem the nation's super-smart corporate financiers, there is one thing I hope we can expect in addition to postponing the apocalypse. Will they all please shut up about the wonders of the unfettered free market and the horrors of big government?

For decades, the investment class and their mouthpieces in the conservative movement have been telling Americans that if only we repealed all those musty old New Deal rules and programs, then we could enjoy unprecedented prosperity. Repeated endlessly by the think tanks, magazines and academics of the right-wing machinery, this message eventually drowned out the reality-based ideas of the American liberal tradition. Although those were the ideas that had actually built this country over the past century, they were erased from public consciousness by a combination of amnesia and propaganda.

Amazingly, many and perhaps most Americans failed to perceive the deceptions in that propaganda, even after a series of horrific experiences with right-wing ideology run amok. We have been here before, after all -- or at least we have been somewhere that looked a lot like this, and not so long ago.

We ought to have learned the way the world really works -- that is, how privilege, power, entitlement and greed undermine free markets -- during the teaching moments of the savings and loan debacle, the corporate scandals of George W. Bush's first term, or any of a number of smaller crises when taxpayers had to rescue major enterprises that were "too big to fail." Indeed, there has been a similar result -- along with higher unemployment, falling family incomes, rising debt and deficits, and neglected public infrastructure -- every time we have bought into the free-market extremism of the Republican right.

So now is a good time to try to remember the disastrous consequences of ideological rule. Although the same pattern can be traced back to the 19th century, when robber barons and Republicans pillaged the nation, we need go back no further than October 1982. That was when Ronald Reagan signed the legislation to deregulate the savings and loan industry, long a stable bulwark of the housing market and family finances. "All in all, I think we've hit the jackpot," he quipped charmingly.

It was a jackpot for the crooks who took over the thrifts, milked their assets and drove them into bankruptcy -- and for the political cronies of the Republicans who eventually swept up the remains in profitable work-out deals with the government. It was not a jackpot for the taxpayers, who ate the trillion-dollar bill for cleaning up the fiasco and taking over the bad debts because ... well, because someone had to pay the price.

Flash forward 20 years to the corporate scandals that exploded during the summer of 2002. Deregulatory fervor had enabled thieving executives at Enron Corp. -- supposedly the very model of the modern enterprise and the symbol of privatization -- to swindle stockholders, drive up electricity costs and forestall any action by government to protect the public. As the company plunged toward insolvency and ruin, taking thousands of innocent employees with it, Kenneth Lay, free-market exponent and donor to dozens of right-wing organizations, tried to get his cronies in the Bush White House and Treasury Department to save him. But while they had done plenty of favors for him, they did not dare step forward at that point.

As the Enron affair mushroomed into a national scandal that engulfed other major corporations and accounting firms, even Alan Greenspan, the biggest and baddest free marketer of them all, experienced a few moments of angst. Until that tormented summer, he had always believed that government regulation of corporate integrity was "utterly unnecessary and indeed, most inappropriate," as he told Congress. Then he confessed, "I was wrong."

Yes, he was wrong. Reagan was wrong. And the same ideologues who populated the corporate suites at Bear Stearns, Lehman Brothers and American International Group were wrong, too. The legendary former boss of AIG, Maurice "Hank" Greenberg, spent hundreds of thousands of his company's profits promoting right-wing ideology at places like the Manhattan Institute, where he was a trustee. And sitting on the AIG board of directors for the past two decades was Martin Feldstein, the Harvard economics professor whose famous penchant for privatization and hatred of taxation made him the ideological mentor of a generation of Republican politicians and officials.

Exactly how much responsibility can be attributed to Feldstein for the AIG disaster remains to be determined. That could be a topic for Sen. McCain's investigative commission to explore -- except that Feldstein is billed as an advisor to the McCain campaign, where he symbolizes, along with Phil Gramm, the precise opposite of the changes that are imperative if we are to avoid yet another cycle of ruin and bailout.

No doubt the Feldsteins and the Gramms will still talk the same nonsense, as soon as they are able to lift their heads again. But there is no reason why we should listen.