By promoting runaway development in her hometown, say locals, Palin has "fouled her own nest" -- and that goes for the lake where she lives. 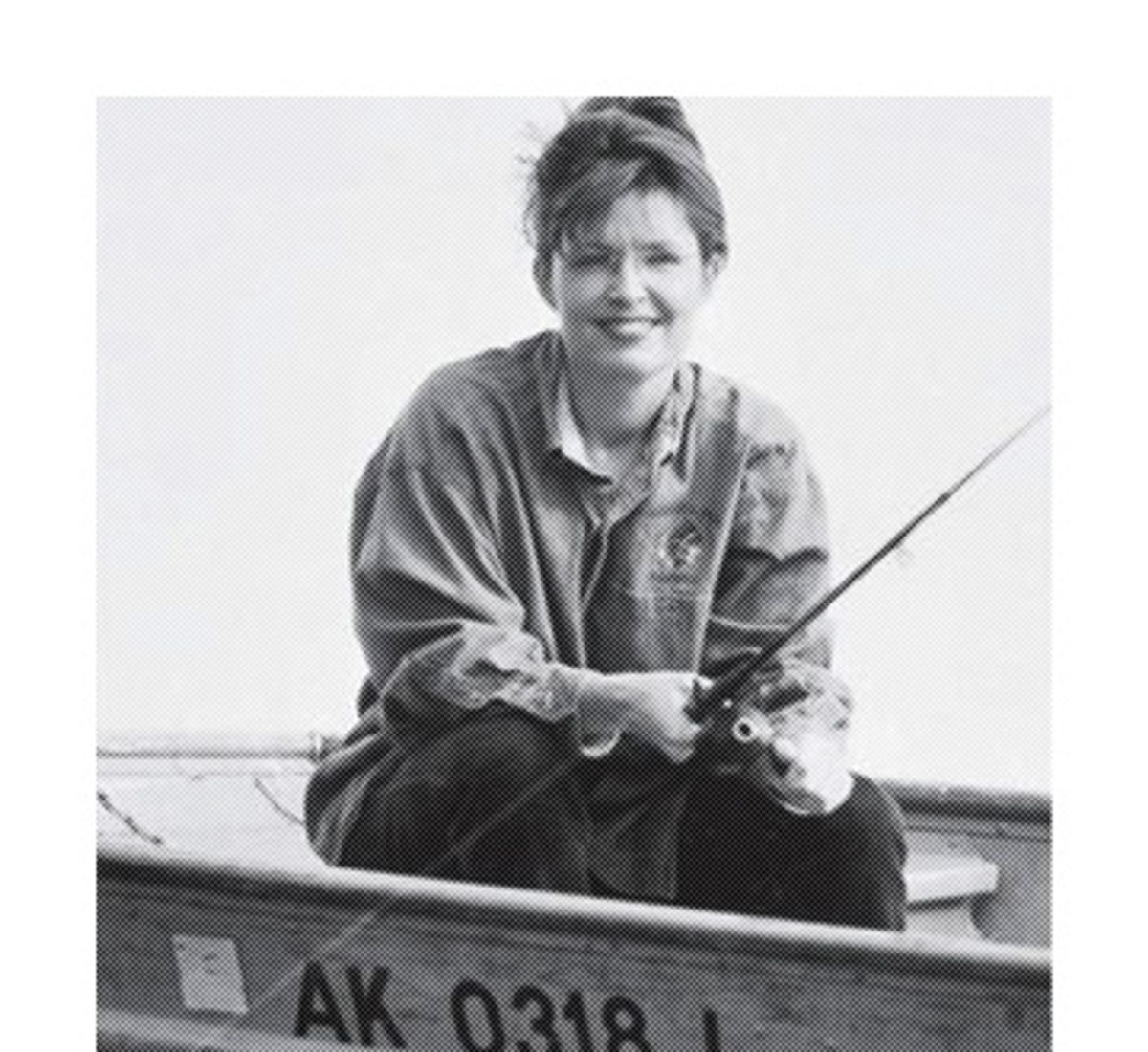 Every morning she's at home here, Sarah Palin wakes up to a postcard view from her lakeside home. Out the windows of her two-story wood-framed house stretch the serene, birch-lined waters of Lake Lucille. Ducks go gliding by the red-and-white Piper Cub floatplane docked outside. With the snow-frosted Chugach and Talkeetna mountains looming in the distance, the scene seems to define the Alaska that Palin celebrates: rugged, majestic, unspoiled.

And, yet, the lake Sarah Palin lives on is dead.

"Lake Lucille is basically a dead lake -- it can't support a fish population," said Michelle Church, a Mat-Su Valley borough assembly member and environmentalist. "It's a runway for floatplanes."

Palin recently told the New Yorker magazine that Alaskans "have such a love, a respect for our environment, for our lands, for our wildlife, for our clean water and our clean air. We know what we've got up here and we want to protect that, so we're gonna make sure that our developments up here do not adversely affect that environment at all. I don't want development if there's going to be that threat to harming our environment."

But as mayor of her hometown, say many local critics, Palin showed no such stewardship.

"Sarah's legacy as mayor was big-box stores and runaway growth," said Patty Stoll, a retired Wasilla schoolteacher who once worked in the same school with Palin's parents, Chuck and Sally Heath. "The truth is, Wasilla is just plain ugly, it's not a pleasant place to live. It's not thought out. And that's a shame.

"Sarah fouled her own nest, and I can't understand why. I hate to think it was simply greed or ambition."

Among the environmental casualties of Wasilla's frenzied development was Palin's own front yard, Lake Lucille. The lake was listed as "impaired" in 1994 by the Alaska Department of Environmental Conservation, and it still carries that grim label. State environmental officials say that leaching sewer lines and fertilizer runoff caused an explosion of plant growth in the lake, which sucked the oxygen out of the water and led to periodic fish kills.

"Sarah," a recent biography of Palin by Kaylene Johnson, features a photo of a beaming Palin, sitting in a rowboat on Lake Lucille clutching a fishing rod. But, according to local fishermen, the Republican vice-presidential candidate would have to be very lucky to reel in something edible.

The Alaska Fish and Game Department dutifully stocks the lake with coho salmon and rainbow trout each year -- but the fish don't last long.

Fishing on the lake "was tough," reported Alaska fishing guide Carlyle Telford on his Web site when he tried his luck on Lake Lucille last year, "because the vegetation is decaying and floating. When you retrieve every cast, the fly comes back with crud on it."

In a recent phone conversation, Telford said he hasn't returned to Lake Lucille since then. "I think the lake's pretty dead," he said. "That's why I haven't been back."

Wasilla, where Palin grew up and still resides, sprawls between two lakes -- Lucille and Wasilla Lake. Cottonwood Creek, which flows in and out of Wasilla Lake, has also been labeled "impaired" by state environmental officials, after foam was detected on the water surface and subsequent testing found excessive concentrations of fecal coliform bacteria.

The two lakes are the town jewels, the only eye relief along a harrowing corridor of strip malls, big-box stores and fast-food drive-throughs that is Wasilla. "Lord, help me get through Wasilla," reads one Alaska bumper sticker.

The population in Mat-Su Valley began booming in the 1970s with the Alaska oil pipeline and the influx of oil workers from Texas and Oklahoma. But while some valley towns tried to control growth -- like nearby Palmer, which was originally settled by Midwest farmers as part of a Roosevelt social experiment in the 1930s -- Wasilla took a frontier, boom-town approach. Soon the Parks Highway, which cuts straight through Wasilla, and its arteries were lined with a chaotic bazaar of quickie espresso shacks, moose-stuffing taxidermists, Bible churches, gun stores, tattoo and piercing parlors, mattress barns and the inevitable box stores with their football-field parking lots.

John Stein, Palin's predecessor as Wasilla mayor, tried gamely to get a handle on the commercial free-for-all. He made an effort to restore the health of Lake Lucille, which, he said, "was turning into a bog."

"We brought up a scientist to study both lakes," Stein recalled. "We also worked with the state to filter storm drainage from the highway."

Controlling runoff from the six-lane highway is a key to saving the lakes in Wasilla. Other cities have their industrial pollution problems; Wasilla has highway pollution. "Anything that comes off an automobile -- oil, antifreeze, de-icing agents, heavy metals -- all of that can run off into the lakes when it rains," observed Archie Giddings, Wasilla's public works director.

But while Mayor Stein tried to impose some reason on Wasilla's helter-skelter development, and its growing pressures on Mat-Su Valley's environmental treasures, when Sarah Palin took his place, she quickly announced, "Wasilla is open for business."

"That's for sure," Church said. "Sarah was so eager for big-box stores to move in that she allowed Fred Meyer to build right on Wasilla Lake, and her handpicked successor, Dianne Keller, has done the same with Target."

Under Mayor Palin's reign, Fred Meyer, an emporium that sells everything from groceries to gold watches to gardening tools, lost no time in leveling a stand of trees overlooking the lake for its big-box store. When Fred Meyer applied for permission to pump the storm drainage from its parking lot -- with all the usual automobile sludge -- into the lake, outraged citizens finally cried enough.

"We mobilized public opposition," said Church, who led the Friends of Mat-Su, a pro-planning group, at the time. "We forced them to put in ditches and grassy swales to catch the runoff.

"Sarah was such a great cheerleader for Wasilla, but she did nothing to protect its beauty. She'd go to these Chamber of Commerce meetings and say, 'Wasilla is the most beautiful place in the world!' And we'd just sit there gagging."

A city official in nearby Palmer, who has lived in the Mat-Su Valley his whole life, sadly admitted: "Sarah sent the growth into overdrive. And now they're choking on traffic and sprawl, all built on their ignorance and greed.

"I try to avoid driving to Wasilla so I won't get depressed," added the official, who asked for his name to be withheld, to avoid Palin's "wrath."

"You get visually mugged when you drive through there. I take the long way, through the back roads, just to avoid it."

Wasilla City Council member Dianne Woodruff hears the same lament about her town all the time. "Everywhere in Alaska, you hear people say, 'We don't want to be another Wasilla.' We're not just the state's meth capital, we're the ugly box-store capital. Was Sarah a good steward of this beautiful valley? No. I think it comes from her lack of experience and awareness of other places, how other cities try to preserve what makes them attractive and livable.

"The frontier mentality has prevailed for so long in Mat-Su Valley -- the feeling that 'you're not going to tell me what to do with my land,'" added Woodruff. "That's fine as long as you have endless open space. But when you start to fill in as a city, you can end up with a sprawling mess. With million-dollar homes next to gravel pits -- and dead lakes."

In recent years, after Palin's departure from City Hall, Wasilla has been "changing and learning," according to Woodruff. The city has taken steps to control toxic runoff into its two lakes.

But Wasilla still doesn't test the lakes' water quality -- that's left up to volunteer groups, which periodically take samples from the lakes, according to city officials.

Why is there no official effort to test the local waters?

"That's a good question," said Wasilla public works chief Giddings, after a long, thoughtful pause. "I guess we're still ahead of the curve. We haven't seen huge concerns about the lakes yet."

Giddings acknowledged that there has been some public concern about swimming in the lakes, but not enough to prompt the city to monitor the water quality. If the public did start complaining about skin rashes, diarrhea and other health problems, "the state would probably step in," he added.

Would Giddings let his own children swim in Wasilla's lakes? "Yes," he said.

But Laura Eldred, an environmental program specialist with the Alaska Department of Environmental Conservation, offered a more qualified response. She would swim in the local lakes, but would "take the usual hygiene precautions," without specifying what those measures were.

"Sarah did nothing to protect our lakes; in fact, she obstructed efforts to improve our water quality," said city watchdog Anne Kilkenny. The property surrounding Wasilla's two lakes is privately owned, complicating the city's efforts to protect these natural treasures. While her predecessor, Mayor Stein, moved to incorporate the homes surrounding the two lakes -- like the Palin family residence -- so the city could control runoff from the dwellings, Palin campaigned for "no more annexation."

"Sarah hasn't traveled outside of Alaska much," said Kilkenny. "She hasn't seen dead lakes and rivers."

Now Palin can see one right out her window.