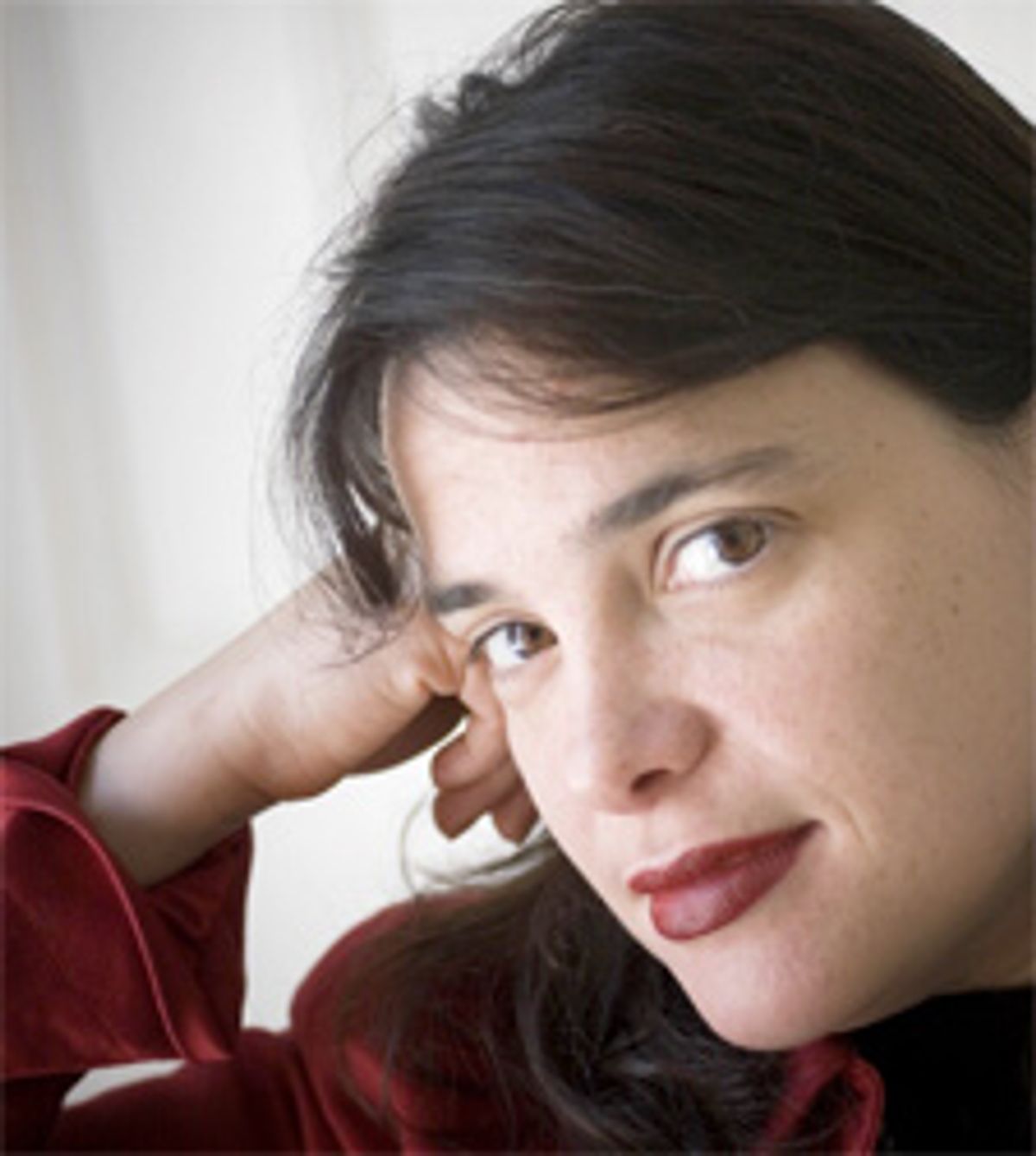 All expectant mothers know what it's like to be subjected to horror stories of the "72-hour labor that ends in an emergency C-section" variety. But the ordeal that novelist Elizabeth McCracken endured, which she refers to simply as "the calamity," was so truly devastating that she found friends, family and acquaintances wouldn't dare repeat it to their pregnant friends.

After an otherwise healthy, uncomplicated pregnancy, McCracken's son died at term in utero. The grief-stricken McCracken, who was living in France, still had to go through le travail, and deliver her child's body. The cause of death remained mysterious even after a postnatal autopsy.

In "An Exact Replica of a Figment of My Imagination" -- the story of her pregnancy, the stillbirth of her son and her grief over his death -- McCracken writes that she realized her experience was actually worse than a cautionary tale. It was practically unmentionable. She breaks that silence in this spare and wrenching short memoir about her stillborn son, whom she and her husband refer to by the pet name they'd called him throughout the pregnancy, Pudding.

Broadsheet e-mailed with McCracken, 42, who is living in Cambridge for the year as a fellow at the Radcliffe Institute for Advanced Studies, with her husband and their son, August.

Why did you want to write a book about Pudding?

In retrospect, the easy answer is that he didn't have a life on earth, but at least I could write his biography. The truth is: In those early weeks of my second child's life, I needed to write about my first child. I wanted to hold onto him a while longer.

Even as early as two weeks after your son's death, some friends would see you without acknowledging your loss. Why do you think that there is such a taboo about talking about stillbirth?

I think people are terrified, and, God knows, I'm sympathetic: It is terrifying. I have been the person who tries to keep conversation light while talking to someone whose heart has been smashed. For some reason, back then, what to do seemed so complicated. On this side of the divide, it seems so simple. Say something.

In general, I think people are worried about saying the wrong thing to any grieving person. On a very basic level, I think they're frightened of touching off tears or sorrow, as though someone tearing up at the mention of unhappy news would be the mentioner's fault.

People are appalling optimists. They want to look on the bright side: "At least he isn't suffering." "At least she had a good life." Understandably, they want to shine light into darkness, even if it's just a happy memory of someone dead. Well, with stillbirth, there is no easy light to bring, no, "At least..."

Do you think if this kind of loss were acknowledged more publicly it would be easier to bear and less crazy-making?

There's a lot that would be easier if we could talk about stillbirth and neonatal loss and grief in general, but some things are still going to be hard.

I would have given anything to hear from people straight off, "I am so sorry," the merest mention that something terrible had happened to me and my husband. That did make me feel crazy, as though I had made up the whole pregnancy and death. Or, even worse, as though what had happened to me was really not so bad, and I was making a big deal of it.

But the bad luck bit -- that, I think, will always be with me, and I don't think anyone could have said anything to make me feel better.

There's a very good Web site, wonderfully written, a kind of collective of women who have lost children, glowinthewoods.com. The women who write it call themselves Medusas and say that the Web site is where they can all doff their disguises and look each other in the face without fear of turning anyone to stone.

After Pudding's death, you were sure it was your fault. Why? Have you been able to overcome that sense?

Well, I was in charge, wasn't I? The brain says immediately: "How can I go back in time and make it not happen?" You revisit every single worry and regret of your pregnancy.

I don't think I'll ever be entirely over that, though it's certainly better now than it was.

What should friends and family members say or do for a couple who have had a stillborn child?

Pay attention. Say something. Ask what you can do to help. Remember that a woman who has given birth to a dead child has given birth and is recovering physically, too. Don't be afraid of grieving parents.

For me, one of the things that really helped was other people's actual grief, the friends who made it clear that they weren't sad for me, but sad for themselves. They were looking forward to meeting this kid. They missed him.

In retrospect, I can see how brave those people were -- it's easy to worry about claiming one's own grief in the face of greater grief -- but it was the immediacy of the feelings that meant so much to me, that, and seeing that if other people were sad, then I had the right to be really sad.

Above all, don't try to hurry them into feeling better or suggest that you hope they're over it.

As a family member or friend, what is the worst thing that you can say or do?

Nothing, or any kind of the aforementioned looking on the bright side.

A woman I know who lost a child told me that someone said something like, "Well, you were old to have children anyway." That may be the worst thing I can imagine.

If time has gone by, and you haven't managed to say anything, or write a condolence card, it's never too late. Your card may come on a day when the parent(s) feel like everyone else in the world has forgotten. Apologize for taking a while and offer your sorrow. I just recently got a beautiful, amazing e-mail from a friend who said she hadn't known what to say when Pudding died, but that she wanted me to know that the saddest day of my life was also the saddest day of hers. My God, that e-mail meant the world to me.

Another reason people are so bad when it comes to grief is that they worry that condolence is somehow a test of how good a person they are. That might have been my problem, back before. Somehow my ego interfered. I couldn't admit how stupid and helpless I felt in the face of someone else's sorrow. I could only feel stupid and helpless.

So, remember that it's not about you. "Words fail" or "I don't know what to say" are excellent ways of telling people that what has happened is so sad, you're at a loss. Some of the loveliest notes I got were from people I scarcely knew. Acknowledgment of grief -- well, it makes feeling the grief easier, not harder.

How was your second pregnancy different than the first?

In nearly every way, and largely by choice. No amnio, no finding out gender, no pet names, no daydreaming about the future, lots and lots of monitoring, but full of hope, too, and a really specific physical connection to the kid inside me -- a full-body gratitude.