Maybe John McCain wasn't needed so urgently after all; lawmakers have come to an agreement in principle on a plan for a bailout. 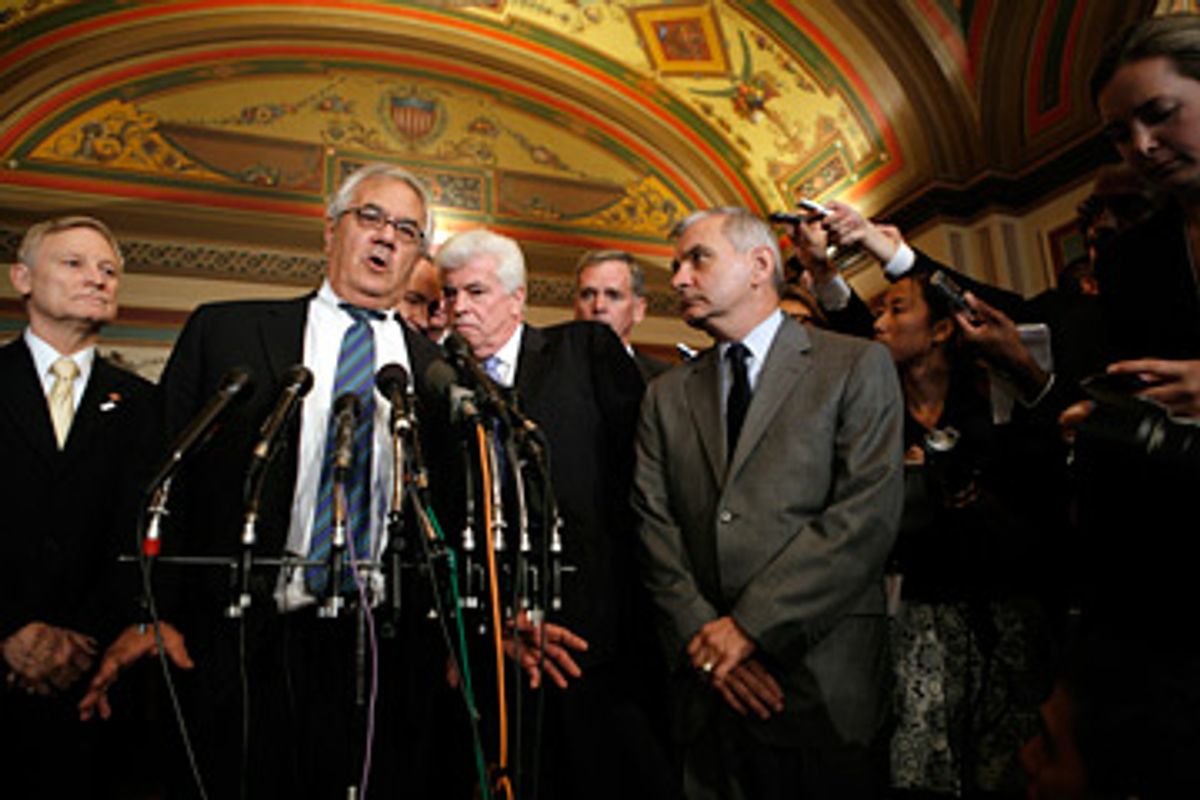 The news that lawmakers have come to an agreement in principle on a bailout plan seems to have come just a few hours too early for John McCain.

A McCain spokesman tells Salon the Republican nominee was in Washington before the deal was announced, and that he attended meetings on the bailout. But it appears that McCain wasn't in on the meeting that mattered, the closed-door session that ended with an agreement. Instead, McCain was in House Minority Leader John Boehner's office with Sens. Jon Kyl, Lindsey Graham and Joe Lieberman. Moreover, McCain was not in the nation's capital for very long before the deal was announced, and he didn't get a chance to be in on the celebratory photo op. The photo op likely to accompany the meeting at the White House this afternoon will be a poor substitute.

The timing of this bolsters the credibility of earlier reports that negotiators were very close to a deal, even as McCain said his help was urgently needed. The "suspension" of his campaign -- his surrogates have been on television all day -- was a gamble that could have paid off if he could have portrayed himself as an integral factor in getting something done. It will be very hard to spin it that way now, though it will be interesting to see who tries, and how.

Salon's Andrew Leonard has more in How the World Works.