With financial markets running scared, the president tells the country that a rescue package will be passed. But is his own party listening? 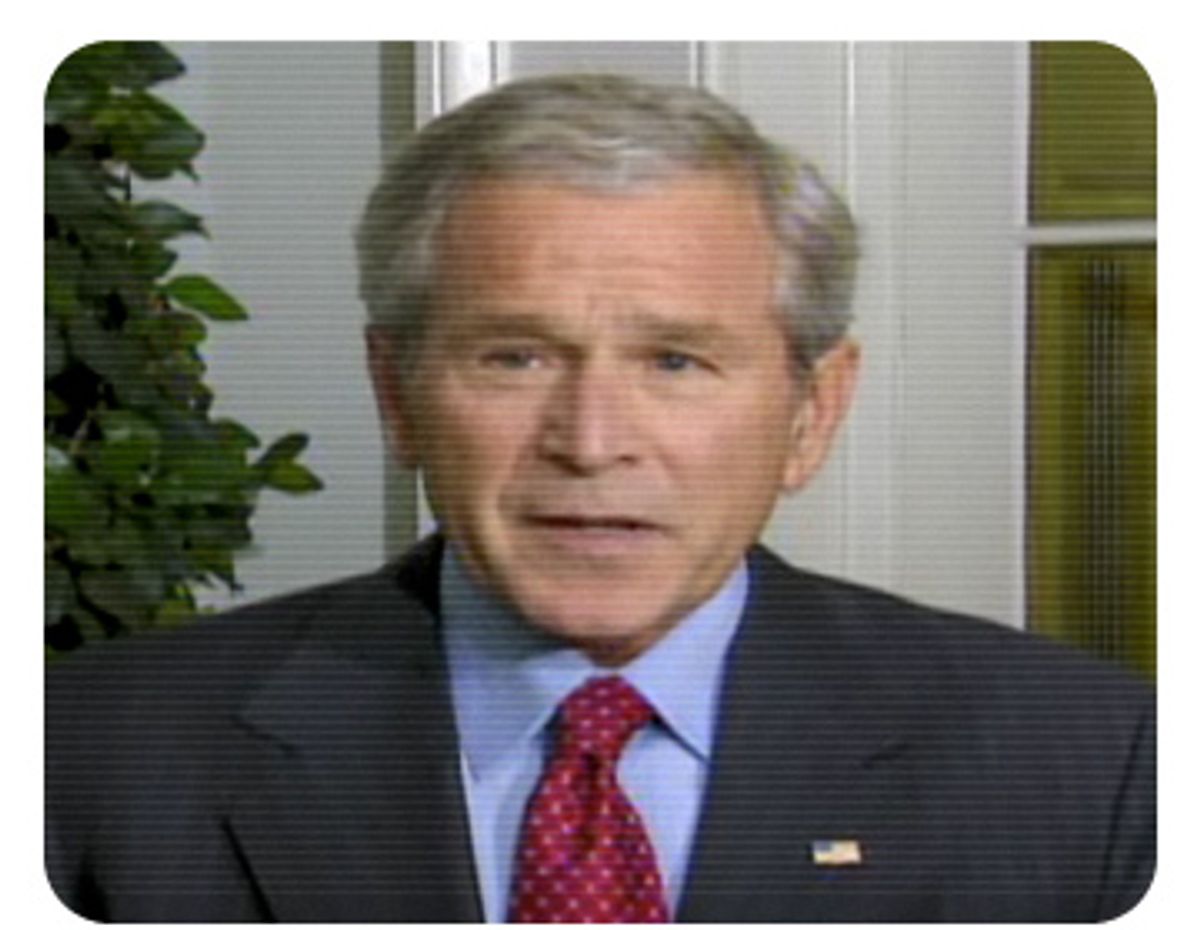 In a blatant attempt to calm frayed nerves on Wall Street, where the Dow Jones industrial average dropped 125 points in the first five minutes after the opening bell, President Bush addressed the nation Friday morning and said "we are going to get a package passed."

In sharp contrast to his somber demeanor on Wednesday night, Bush had a twinkle in his eye -- this time, he was doing his best FDR imitation, hoping that a little jauntiness will reassure traders who are spooked by the biggest bank failure in history and yesterday's news from Washington, where it appears that House Republicans are sabotaging attempts to pass some form of the Paulson bailout plan.

"The legislative process is not very pretty," he said, clearly referring to the reports from Washington late Thursday afternoon and into the night detailing a mutiny by House Republicans over the terms of the bailout. "There are disagreements over aspects but no disagreement that something must be done."

Perhaps. But late Thursday night, Politico reported that some Republicans would rather see a crash than a bailout.

According to one GOP lawmaker, some House Republicans are saying privately that they'd rather "let the markets crash" than sign on to a massive bailout.

"For the sake of the altar of the free market system, do you accept a Great Depression?" the member asked.

Millions of Americans, furious at the spectacle of a Wall Street bailout, can no doubt sympathize with the House Republican stance. And whether or not you agree a rescue plan is necessary, there's a dramatic appropriateness to letting the House GOP take the fall, if a bailout doesn't happen, and financial markets crash -- with ensuing grave implications not just for bankers but for Main Street.

But as Paul Krugman -- no fan of the Bush administration, to put it mildly -- notes in his Friday column, "Maybe we can let Wall Street implode and Main Street would escape largely unscathed. But that's not a chance we want to take."

Half an hour after trading opened in New York, Bush's address may have temporarily calmed the waters -- the initial plummet halted and stocks started gaining. But it's going to be a wild ride today, and any sign that Congress is in a deadlock, because of GOP intransigence, could make this a day to remember.