The debate is on

John McCain will attend tonight's presidential debate; in announcing the decision, his campaign blames Barack Obama and other Democrats for the stalled negotiations on a bailout. 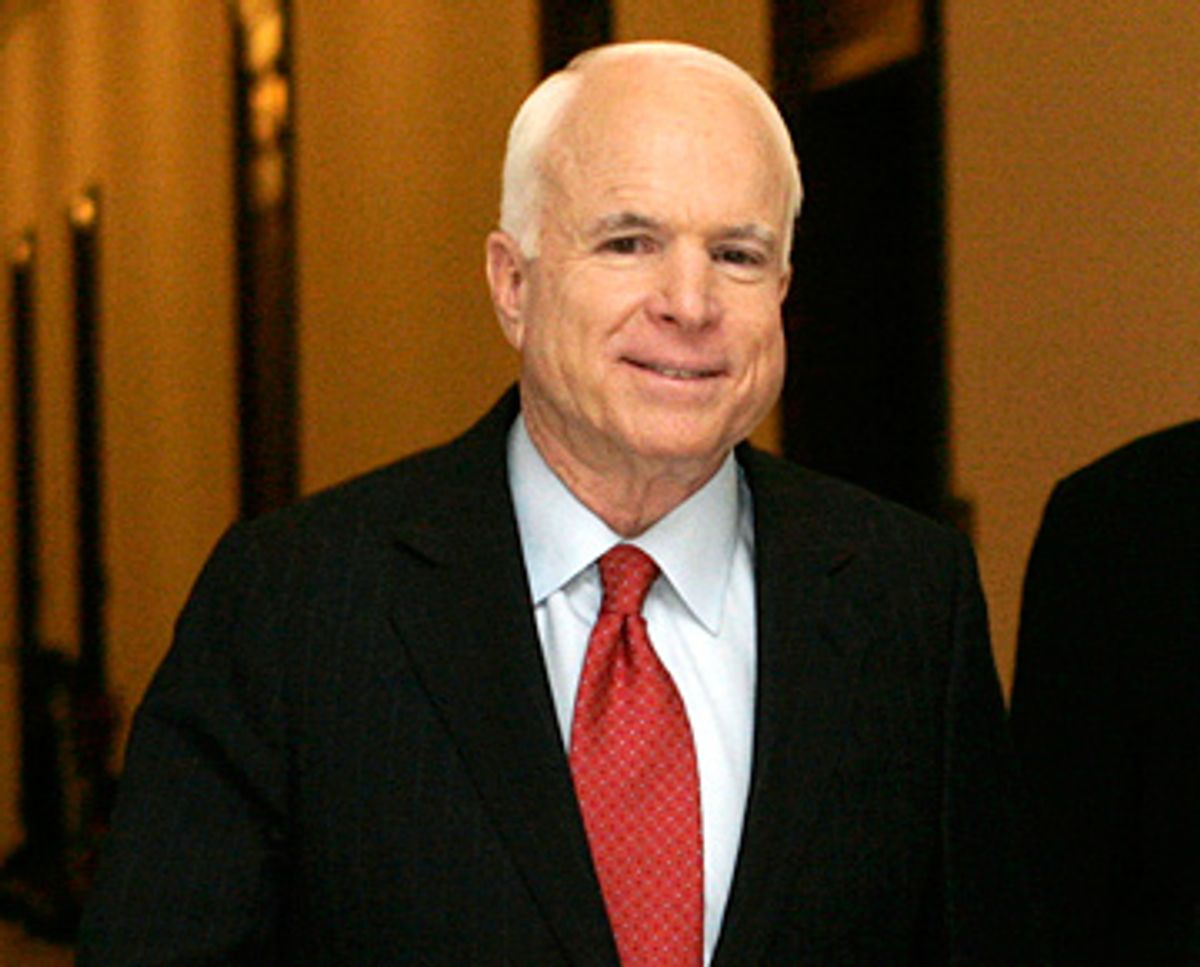 John McCain will attend the presidential debate in Oxford, Miss., Friday night after all.

In a statement announcing the decision, the McCain campaign blames the chaos that now surrounds negotiations over a bailout plan on Barack Obama and his fellow Democrats, saying they've been playing politics with the issue.


John McCain's decision to suspend his campaign was made in the hopes that politics could be set aside to address our economic crisis.

In response, Americans saw a familiar spectacle in Washington. At a moment of crisis that threatened the economic security of American families, Washington played the blame game rather than work together to find a solution that would avert a collapse of financial markets without squandering hundreds of billions of taxpayers' money to bailout bankers and brokers who bet their fortunes on unsafe lending practices.

Both parties in both houses of Congress and the administration needed to come together to find a solution that would deserve the trust of the American people. And while there were attempts to do that, much of yesterday was spent fighting over who would get the credit for a deal and who would get the blame for failure. There was no deal or offer yesterday that had a majority of support in Congress. There was no deal yesterday that included adequate protections for the taxpayers. It is not enough to cut deals behind closed doors and then try to force it on the rest of Congress -- especially when it amounts to thousands of dollars for every American family.

The difference between Barack Obama and John McCain was apparent during the White House meeting yesterday where Barack Obama's priority was political posturing in his opening monologue defending the package as it stands. John McCain listened to all sides so he could help focus the debate on finding a bipartisan resolution that is in the interest of taxpayers and homeowners. The Democratic interests stood together in opposition to an agreement that would accommodate additional taxpayer protections.

Senator McCain has spent the morning talking to members of the Administration, members of the Senate, and members of the House. He is optimistic that there has been significant progress toward a bipartisan agreement now that there is a framework for all parties to be represented in negotiations, including Representative Blunt as a designated negotiator for House Republicans. The McCain campaign is resuming all activities and the Senator will travel to the debate this afternoon. Following the debate, he will return to Washington to ensure that all voices and interests are represented in the final agreement, especially those of taxpayers and homeowners.