Is the U.S. putting mentally incompetent terror suspects on trial? 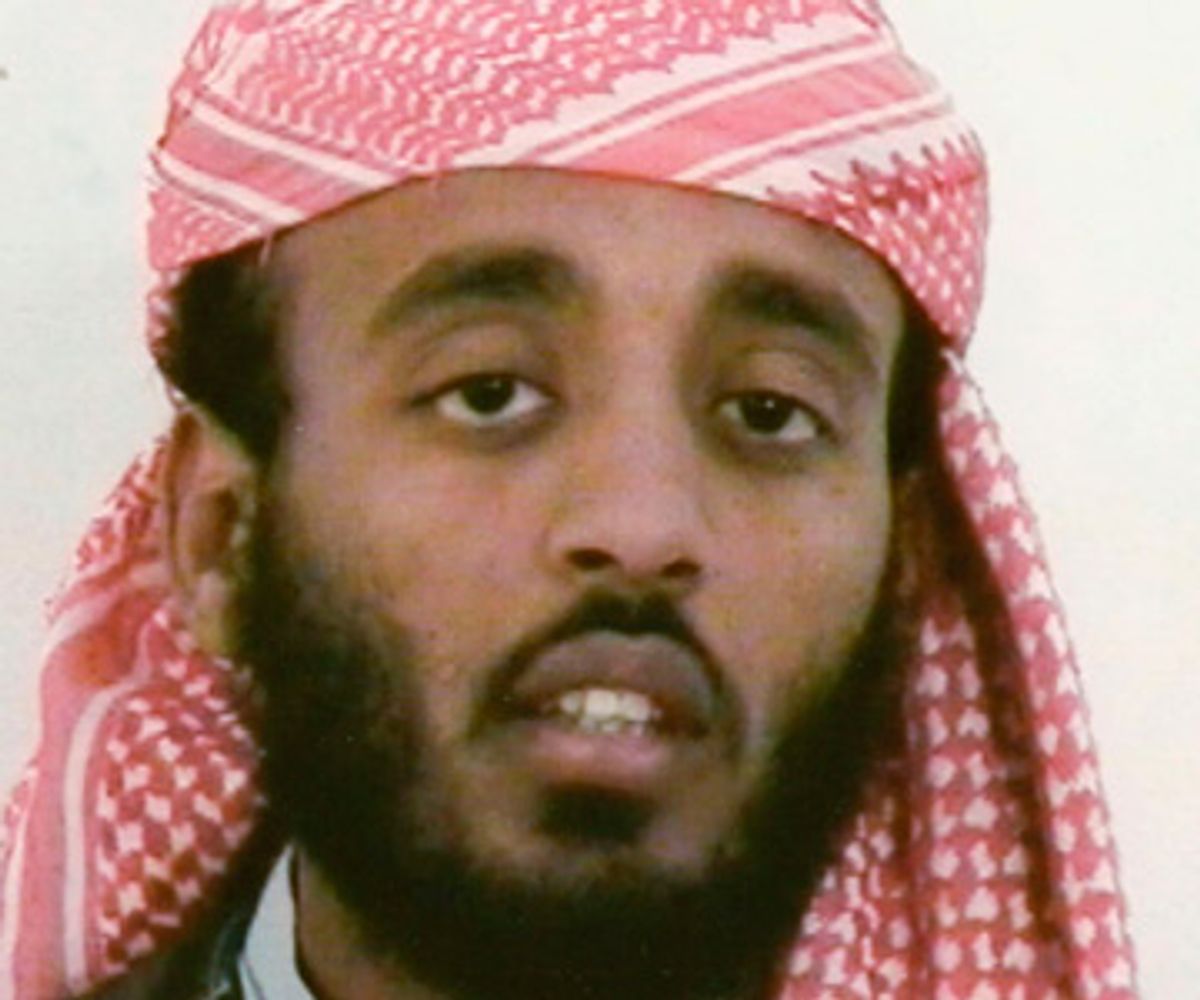 It was the second day of a round of pretrial hearings in the 9/11 case, and Ramzi Binalshibh, one of five accused al-Qaida operatives, was in an angry mood. He didn't seem upset about facing the death penalty; in a previous round of hearings he had declared that he would embrace martyrdom. What bothered him were his lawyers' efforts to save his life.

Complaining about his military defense counsel, Binalshibh, a Yemeni, stated categorically: "I refuse that she speaks on my behalf at all, in any way; she does not represent me!"

Doubts about Binalshibh's competence to waive his right to counsel -- and more generally, about his sanity -- dominated much of last week's proceedings at the Guantánamo military commissions. His occasional emotional outbursts were a contrast to the often technical legal arguments heard during the three days of 9/11 hearings, as prosecutors, defense counsel and the military judge struggled to resolve a series of complex legal issues.

That debate was wide-ranging. Among the questions raised were whether defendants in military commission proceedings enjoy basic constitutional rights; whether the military judge hearing the case was biased; whether unlawful command influence had tainted the proceedings (in particular, whether the timing of the case was chosen "in the service of political ends"); why the courtroom translation was so faulty; whether defense counsel would be granted reasonable access to communicate with their clients -- and why a group of presumed CIA operatives were sitting in the back of the courtroom. By the end of the session, hardly any of these questions had been definitively ruled upon, but the two sides had at least begun to stake out their positions.

Binalshibh boycotted Day 1 of the proceedings, leading the judge to cut the hearing short. The other four defendants -- Khalid Sheikh Mohammed, Walid bin Attash, Ali Abdul Aziz Ali and Mustafa al-Hawsawi -- were sitting in their usual places that morning, but the judge hadn't entered the courtroom until the afternoon. "I'll note that Mr. Binalshibh, one of the accused, is absent at this time," he said dryly, with a glance at the empty chair. He and the lawyers in the room then spent the next couple of hours debating what to do about Binalshibh's failure to appear.

The key question was whether Binalshibh should be dragged out of his cell and brought forcibly into court, a practice that in prison lingo is known as "involuntary cell extraction." The prosecution, predictably, thought this was a good idea.

But Binalshibh's military counsel, Navy Cmdr. Suzanne Lachelier, argued strongly against the move. She said that the hearing should be postponed until concerns about Binalshibh's mental competence -- which had been raised but not yet resolved -- were finally settled. She explained that given these concerns, Binalshibh's presence in the courtroom would not be terribly meaningful.

"He might be physically present," she said, "but it's not true presence, because he's not mentally present." ("This is getting metaphysical," commented one journalist who was watching from the visitor's gallery.)

The military judge clearly agreed with the prosecution's view of the matter. But he still seemed reluctant to issue the order that the prosecution was seeking, and wondered why the prosecution couldn't just order the cell extraction itself. It was while the judge was pondering this question that Khalid Sheikh Mohammed, the alleged 9/11 mastermind, raised his hand and offered to help.

Mohammed's lawyer explained that Mohammed and the other defendants would be happy to talk to Binalshibh in his cell and convince him to show up voluntarily for the next hearing. As another defendant, bin Attash, put it: Binalshibh "doesn't trust anyone in government, but he does trust us."

It seemed a remarkable and somewhat incongruous act of collaboration. How often does a group of defendants who are facing the death penalty -- as all five defendants are -- help the prosecution keep their trial proceedings on track? But while the judge didn't question the defendants' motives, he did insist that they write personal messages rather than make personal visits to Binalshibh. He also ordered that, whether voluntarily or involuntarily, Binalshibh would be present in court the next day. The hearing was adjourned early, giving the defendants time to draft their notes.

When journalists and human rights observers entered the courtroom's visitor gallery the next morning, Binalshibh was already seated. It was the first time he had been seen in public without shackles on his legs, and he seemed, at first, to be calm and sedate. He sat stroking his thick black beard, reading news articles and rather ostentatiously ignoring the judge.

It was when Binalshibh's military counsel remarked on her client's apparent lack of interest in the proceedings that Binalshibh lost his temper. He started off his tirade in a lawyerly way -- "I object to this comment by this lawyer" -- but as his voice rose, his tone quickly devolved.

"The lawyer is not cooperating with me in any regard," he told the court, his voice shaking with outrage. "She is acting against me. Everything she is doing is against me ... She lies. She lied to me on more than one occasion. Not just her -- they both lie!" he declared, referring to Tom Durkin, his civilian counsel. "They're playing a game that is not good!" Almost yelling by this point, he concluded: "She acted against my interests. I want a lawyer who will defend my interests against her!"

Anyone who had watched the proceedings to date could tell that Binalshibh was wrong. Not only were Cmdr. Lachelier and Durkin playing a difficult defense hand with great professionalism and skill -- how many defense lawyers in capital cases have to deal with clients who confess on their first day in court? -- they had shown a passionate concern for protecting their client's rights.

What damaged the lawyers' relationship with Binalshibh was not any lack of concern for his interests, but rather the fact that defendants have a basic right not to be put on trial while mentally incompetent. A defendant has to be able to understand and follow the legal proceedings if he is to be prosecuted fairly. And it is obvious even to a layman that Binalshibh -- who is taking a cocktail of psychotropic drugs, including those prescribed to persons with schizophrenia, and who has exhibited apparent signs of paranoia and emotional instability in court -- may not be entirely rational.

Before he was brought to Guantánamo in 2006, Binalshibh was held by the CIA for four years in secret prisons. Like his co-defendants, some of whom the government acknowledges having waterboarded, Binalshibh was likely subject to torture and other abuse. The abuse may have damaged his psychological makeup, or exacerbated any preexisting mental condition that he had before his arrest. But while Binalshibh's defense team has obtained his medical records dating from his time at Guantánamo, they have not been given any official information about his treatment while in CIA custody.

On defense counsels' initiative, a process for assessing Binalshibh's mental competency has been put into motion. Two psychiatrists were mandated to make the assessment, and they have already drafted a report to the military commission. At the end of the last hearing, however, the prosecution revealed that the psychiatrist who visited the facility where Binalshibh was held was unable to interview him. "The detainee refused to come out and talk," the prosecution acknowledged.

Since it is unlikely that the psychiatric assessment team will find Binalshibh incompetent without having interviewed him, and since the legal presumption in military commissions is that the defendant is competent to stand trial, the odds are great that Binalshibh will remain a defendant in these proceedings. And he will no doubt want to represent himself at trial.

In the meantime, even while Binalshibh's competency assessment is pending, pretrial proceedings in the 9/11 case continue. The government "is in a rush to proceed to trial," Binalshibh's defense lawyers claim -- while their client, whose sanity is questionable, seems in a rush to be put to death.