Questions colleagues' judgment, not their motives. 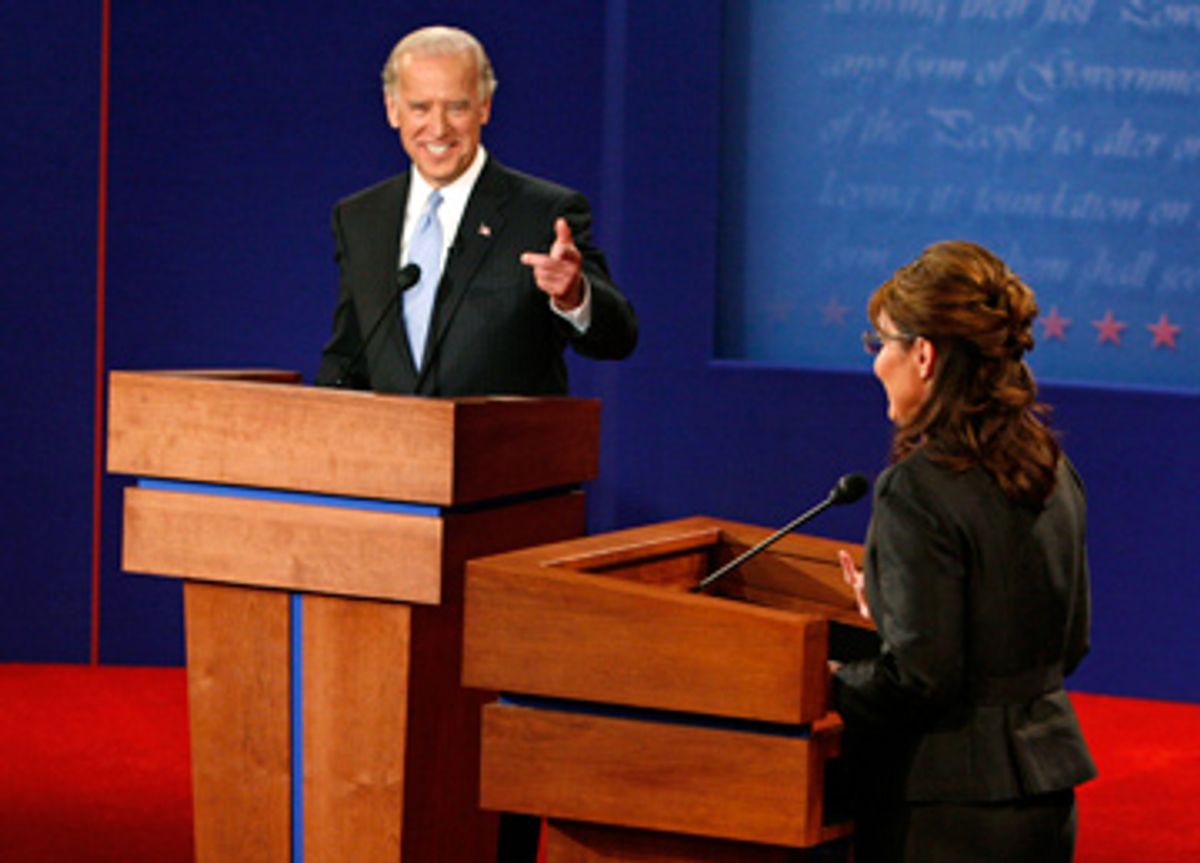 Joe Biden came across as the real, and really sincere, guy he is with that riff on not questioning others' motives, only their judgments. That may be the general M.O. in the clubby Senate he grew up in, but it is still a good way to proceed in life and politics.

Palin again working the refs with the "mainstream media filter." I can't tell if she has been told to do this to intimidate the media during the after-debate discussion, or if she is just peeved about what's happened to her the past two weeks. Could be both, of course.

Not really impressed with either closing statement. Nothing new or memorable in either. Glad to know they were both so glad to meet each other, blah, blah. But did like Biden's closing, inclusive line alluding to his and Palin's children in uniform.

And here comes Todd "First Dude" Palin! My buddy Ben says every time he sees him on TV he thinks Palin looks like he should be starring in an ad for the Men's Warehouse clothing chain.

Signing off for tonight, folks. Thanks for being with us here at the War Room.