She throws those little words and phrases in there. 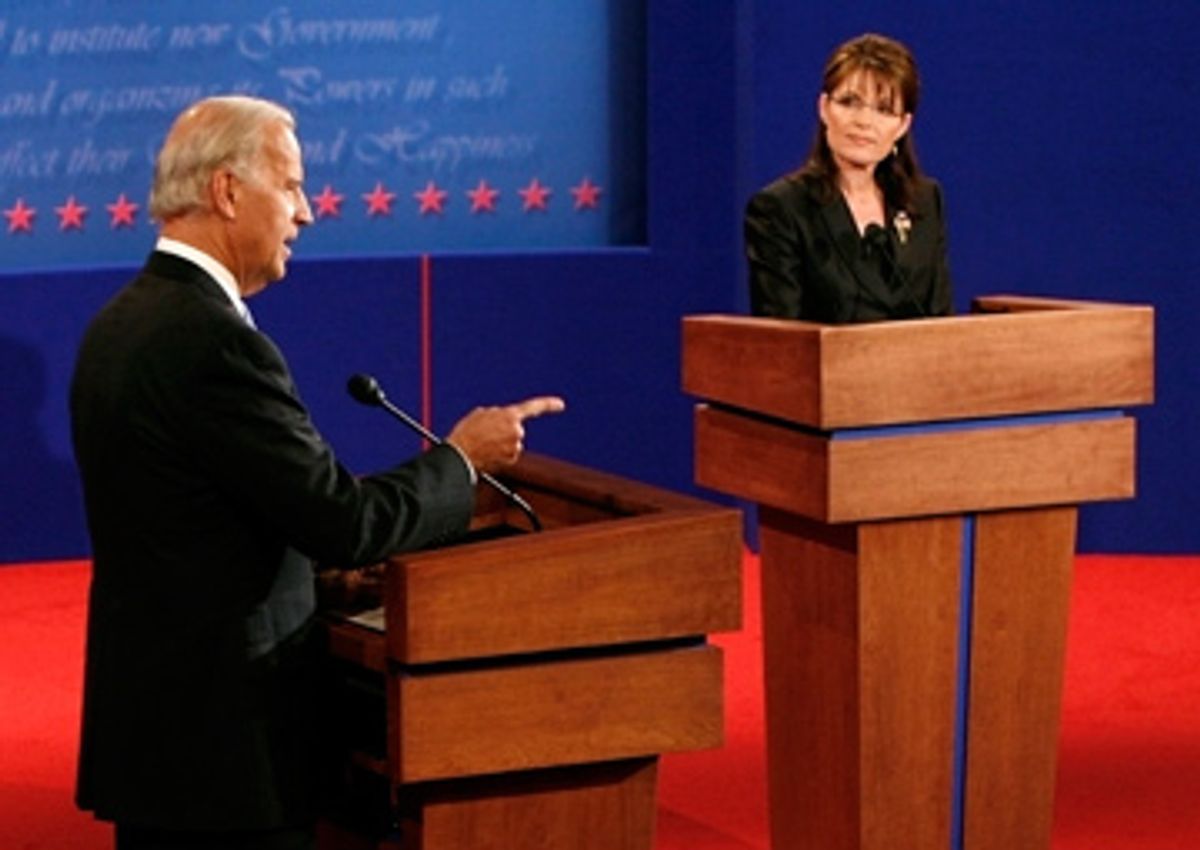 Had to listen to first half of the debate on car radio because of a previous commitment, but that's a great limitation sometimes because you can listen better and don't get distracted by the visuals.

What I notice, first of all, is that Palin is far from a disaster.

Second, she is very good at dropping words and phrases like "darn" and "straight up" and other very folksy terms that try to personalize her. Does it undermine her seriousness or does it make her more accessible? My gut says women cringe because it makes her look less serious, like she has to be cutesy and cheeky to be likable. But I wonder if men find it attractive because of their own gender lens.

Third, she is obviously working from a lot of set pieces, but it does take some skill to figure out where to plug them in and where not. Sometimes she has made real stretches, like switching to tax policy to avoid talking about regulatory policy. But for the most part she's coming up with the right set answer for the question asked.

Fourth, both candidates have done a great job doing what veeps are supposed to be doing in these debates: talking about and talking up their presidential running mates at the top of the ticket.

Finally, I don't mind Biden calling Obama "Barack," but it still really bugs me how he calls McCain "John."