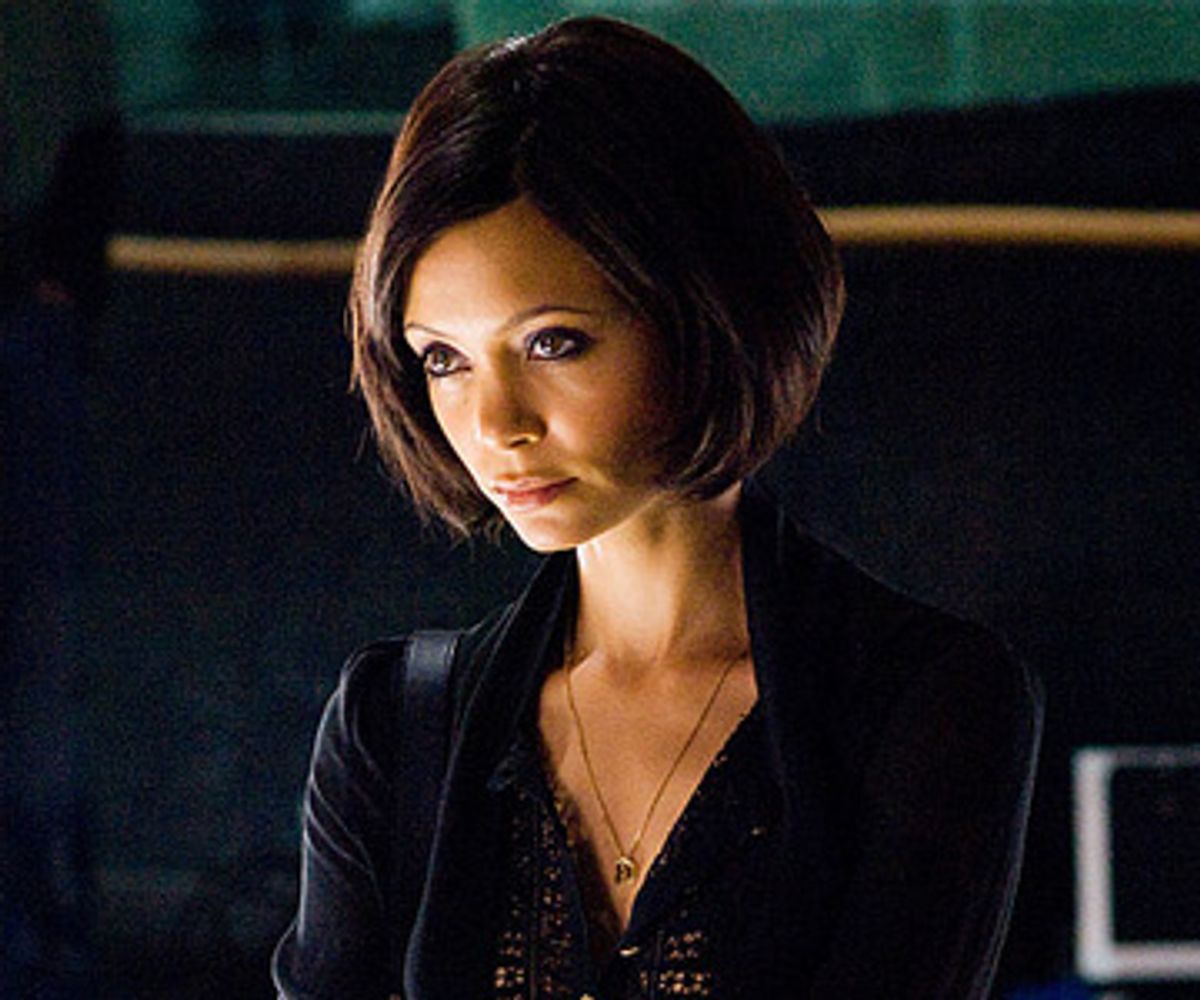 Guy Ritchie's two rough-and-tumble mobster pictures, "Lock, Stock and Two Smoking Barrels" (1999) and "Snatch" (2001), may have earned the writer-director a reputation as a flashy stylist with a knack for grim wit and jokey-brutal violence. But those movies have always struck me as purely ornamental, and his latest picture in that vein, "RocknRolla," follows suit: It's like a lumpy, overworked, useless objet that someone who doesn't know you very well might give you as a gift, a thing that sits around the house serving no unearthly purpose other than reminding you, none too subtly, that it's completely hollow. I love a shallow, stylish exercise as much as the next guy. But I'm not sure Ritchie's particular brand of slice-and-dice storytelling can even be called a style. It's more like an applied technique -- a way for a filmmaker to show off what he's learned to do without actually having to do anything.

And so, in "RocknRolla," Ritchie gives us the usual selection of thugs, both lowlifes and high-toned scum: The former include two-bit crook One Two (Gerard Butler), an affable charmer who just wants to make a buck; in the latter group is slick Mob boss Lenny Cole (Tom Wilkinson), a real-estate wheeler-dealer who, if he had a mustache, would be twirling it every second. There's also a sleazy Russian billionaire (Karel Roden) and a junkie rock star (Toby Kebbell) whom everyone presumes is dead. In the eye-candy department, we have the brainy accountant Stella (Thandie Newton); she slinks through the movie only intermittently, an afterthought in a sheath dress.

At least Stella is something to look at. The movie around her? Not so much. Ritchie does the usual zip-gun cutting, piecing together a bunch of bits and bobs that are supposed to add up to a dazzling whole. And ultimately, they do more or less fit together (with a giant, gaping blowhole left open to accommodate a sequel). But Ritchie doesn't seem to give a fig for the getting-there part; he's interested only in racing to the ending. The characters get saddled with the usual oh-so-clever dialogue ("Whiskey is the new vodka"), and there's a sequence introducing the latest trend in torture (it involves crayfish).

Ritchie does pull off one genuinely amusing moment: He gives us a sex scene consisting solely of rapid-fire cuts -- a hand caressing a thigh, a head thrown back in ecstasy -- ending with a cigarette-lighter flame licking at the end of a cigarette. This brief sequence is the exact opposite of casual -- we can see how hard Ritchie's working every millisecond -- but at least there's a payoff, a little curlicue of pleasure to cap off the moment.

Mostly, though, the actors in "RocknRolla" seem disconnected from the story and from each other -- each of them surfing his or her jagged shard of the narrative without having much of a clue about what's going on with anybody else. Wilkinson generally has more spark to him when he's playing a villain, and he's mildly lifelike here. Butler is a handsome lug, though nothing he does in "RocknRolla" is particularly memorable. Newton, as always, is sparkling and sharp -- there just isn't enough for her to do. In the end, no one really stands out in "RocknRolla." Thinking back on watching these performers, I see them mostly as an arrangement of bewildered actors awaiting orders, as if Ritchie hasn't bothered to tell them what he needs them to do. He'd sure make a lousy Mob boss.