Todd Palin gives his side of Troopergate

Palin's written response to an investigator's questions paints a picture of a man obsessed with his former brother-in-law. 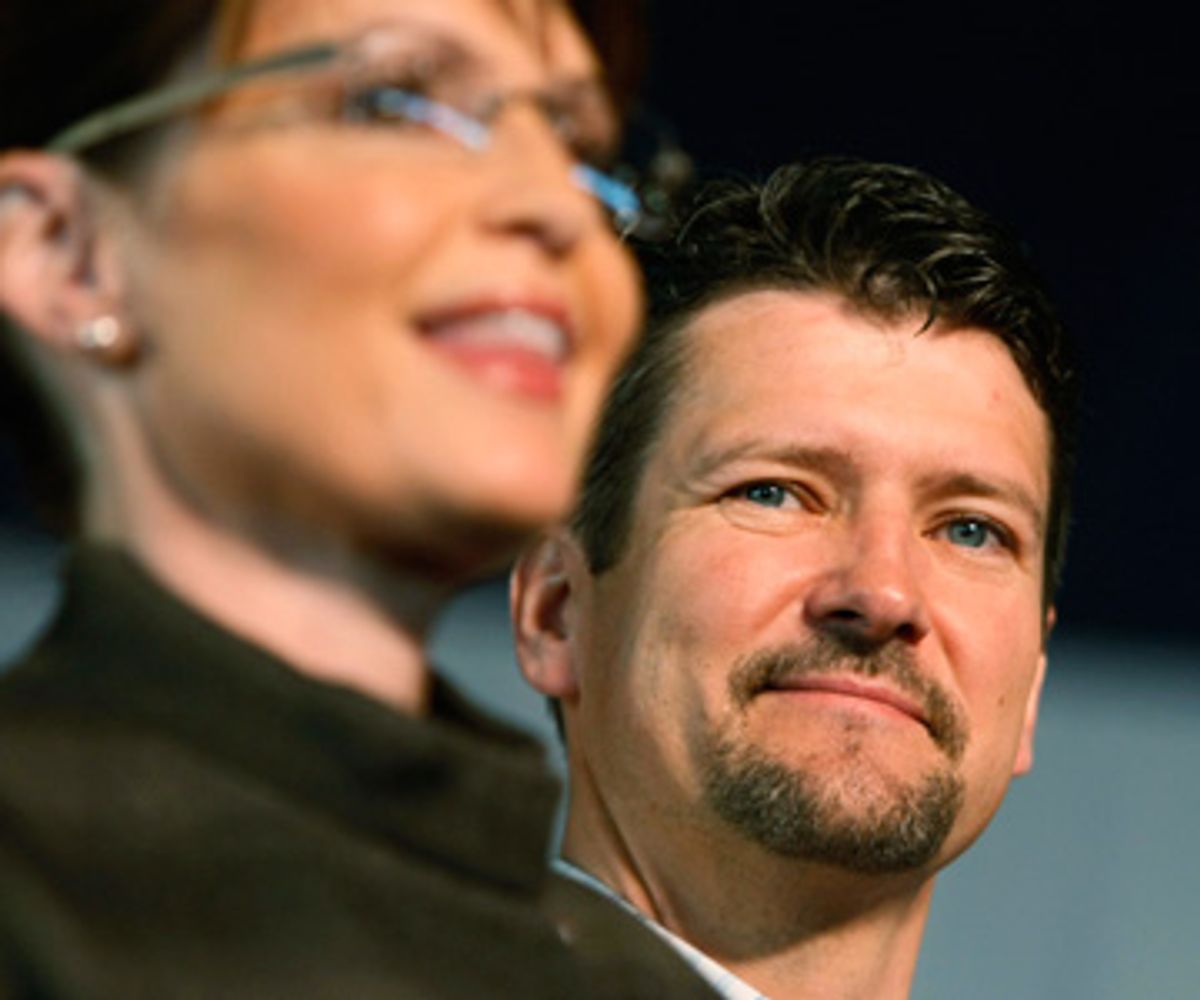 Palin's lawyer may have spared him cross-examination this way, but the written response makes it obvious that Todd Palin was a vocal critic of Wooten's. And while Wooten appears to be no angel -- Palin and his lawyer made sure to emphasize that, dropping a mountain of dirt on him throughout the response -- the question has now become whether the governor and her husband abused her position in trying to get Wooten fired, and possibly sacking Monegan when he wouldn't do the deed.

The whole document is a fascinating read. Alaska's "First Dude" keeps up a "Who, me?" attitude throughout, denying that he'd put any pressure on anyone (and, of course, distancing himself and his actions from his wife). But as he gets further into his answers, it becomes clearer and clearer that Todd Palin was obsessed with Wooten, and talked about him with just about anyone who'd listen -- including senior members of his wife's administration -- on numerous occasions. He even admits to having met with Monegan to discuss Wooten, though he says it was because the governor's security detail fell under Monegan's jurisdiction, and he felt the detail should know of the threat Wooten apparently posed. During that meeting, he gave Monegan a dossier of information about the trooper that he'd collected. The Palins also hired a private investigator, Leonard Hackett, to look into Wooten. And Todd Palin took photos of Wooten using a snow machine, believing, he says, that Wooten should not have been doing that while he was on disability.

"It is tragic that because Trooper Wooten told a false story to a blogger who repeated it, the legislature has allocated over $100,000 of public money to harass me and numerous other innocents about the fact that I had legitimate concerns about my family's safety and the public safety," Palin says in the opening statement of his response. "It disappoints me that some members of the legislature and the police union care more about political point-scoring, spending the public's money to try to portray our legitimate concerns about the troopers as something wrongful than about actually protecting the public safety."

He also says that his "concerns over Wooten were not why Monegan was reassigned." But it is obvious that he expressed those concerns loudly, and often.

Here's a sampling of the contacts he details, with the investigator's questions included:

What communications have you had with Mike Tibbles regarding Mike Wooten?

Quite a few, so many I can not remember them all. Tibbles was chief of staff. I told him about Wooten being a threat to my family. I gave Tibbles the whole story about Wooten, gave him the packet of information I had collected about Wooten and informed him regularly of my serious concerns about Wooten.

What communications have you had with Frank Bailey [a senior Palin aide who has been placed on paid leave pending the results of the investigation because of a phone call he made to a trooper lieutenant about Wooten]  regarding Mike Wooten?

We had a lot of conversations about a guy who threatened my family and verbally assaulted my daughter. We talked about my concerns. We talked about Wooten possibly pulling over one of my kids to frame them, like throwing a bag of dope in the back seat just to frame a Palin. We talked about Wooten's statements or actions against Molly [Palin's sister] and Wooten being a ticking time bomb mentally and my concern for the safety of my father-in-law and the rest of my family. I told Frank about my concerns about Wooten supposedly being disabled but at the same time riding snowmachines or motorcycles. I told him how I could not understand how a person like that could do all these things and still carry a gun and a badge ... Frank and I discussed Wooten a lot in the last few years, in person and over the phone and by email ... I repeatedly expressed my frustration to Frank about Wooten and, in my opinion, a flawed system that protected Wooten.

What actions did you take involving Walt Monegan or Mike Wooten?

(a) Monegan: ... Our security detail said I should keep DPS informed about any security issues. On the basis of this instruction, I met with Monegan sometime around late December 2006 or probably in January of 2007. I met with him at the Anchorage Governor's office to discuss Wooten. It was just me and him. It [sic] told him he needed to be aware of a trooper that has threatened my family. I gave him information including the findings from Hacket [sic] interviews; communications between us and Col. Grimes, and statements from Gary Howe, and my daughter Bristol. Since Monegan was the top cop in the state, I wanted to make sure he had all information about Wooten's history in case something happened to a member of the Palin family or the general public by Wooten. He said he would "look into it." A week or two later, in passing (most likely in the Governor's office in Anchorage), Monegan saw me and followed up to our meeting saying the investigation "was over with." Monegan said "If you want to pursue this my recommendation is you talk to the ombudsman." Sometime later, I called Monegan, and told him about the snowmobile pictures.

Also included in the response: final confirmation that Sarah Palin was in fact in the habit of using a private e-mail address to conduct state business.

You can download the full document in PDF form here.