Don't be fooled. Investors are delirious because there is a plan to fix the banking system. But nothing is fixed, yet 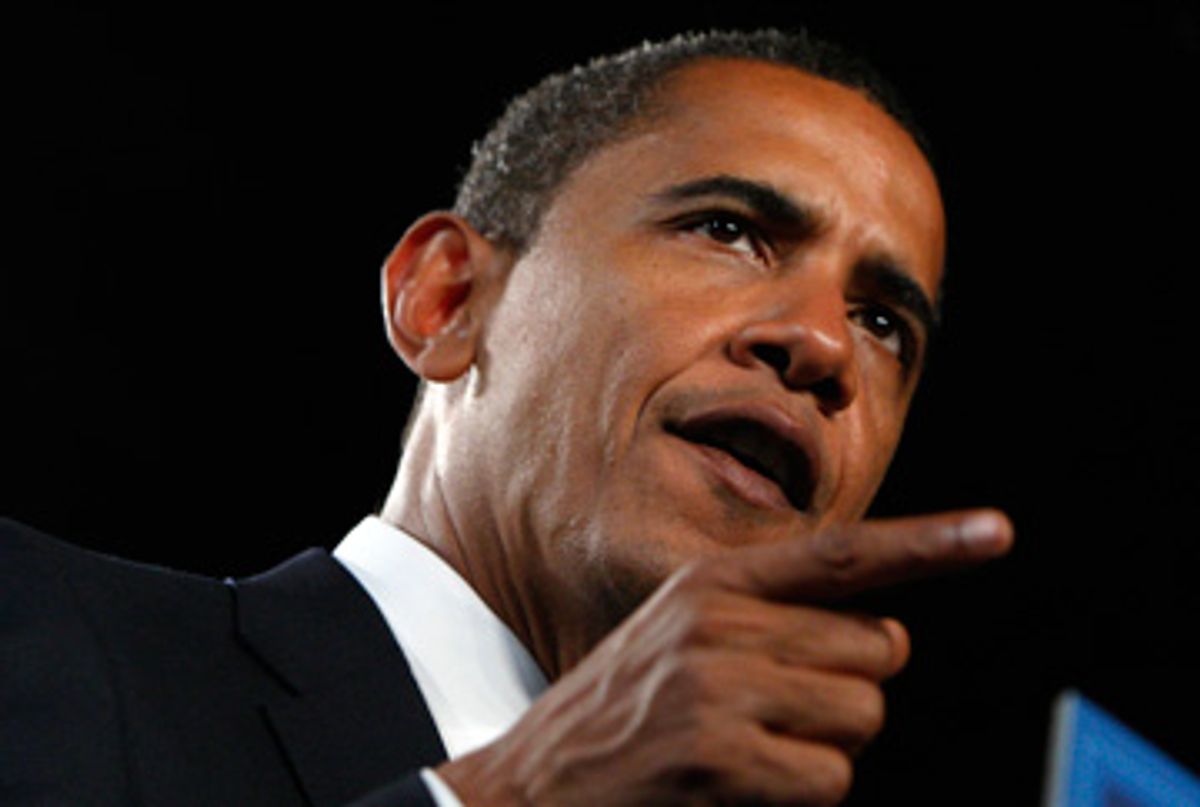 In the first paragraph of a major speech on the economy delivered by Barack Obama in Toledo, Ohio on Monday, the presidential candidate declared that "Markets across the globe have become increasingly unstable, and millions of Americans will open up their 401(k) statements this week and see that so much of their hard-earned savings have disappeared."

His remarks came in the middle of a day in which the Dow Jones Industrial Average rose an incredible 936 points, which means that millions of 401(k) accounts were in considerably better shape at the end of the day than at the beginning. You could not ask for a better example of why governing, or campaigning, according to the fluctuations of the Dow is risky business. Trillions of dollars of wealth vanish and then reappear. Panic is replaced by jubilation, or at the very least, dizziness. Overshooting becomes endemic on both the up and the downside.

But that is not to say that we should pay no attention at all to the stock market. The tribulations of the Dow, or the S&P 500, or NASDAQ are symptoms of deeper problems. Last week's monumental declines were clearly a reaction to fears that the steps taken so far by governments to address the worldwide banking crisis had been insufficient. The coordinated rescue strategy put into effect in Europe over the weekend, combined with Treasury Secretary Paulson's assurances on Friday that the U.S. government would buy stock in financial institutions, seem to have stemmed outright panic for now, but those actions would not have been deemed necessary if it hadn't been clear that financial markets the world over were headed for complete collapse. The Bush administration would never have countenanced a partial nationalization of banks without the accompaniment of a plunging Dow. Likewise, the Dow would not have had one of its worst weeks in history if investors hadn't been convinced that the bottom was dropping out of the global economy.

Monday's irrational exuberance does not mean that the underlying problems are anywhere near fixed, however. Far from it -- all that can be said for sure is that for a few hours today market participants believed that a truly serious effort to grapple with the financial crisis was underway -- a promise by world leaders to engage in the largest globally coordinated government intervention in the economy in human history. There are some tiny, incremental signs that credit markets began to loosen up on Monday, but we're still a long way from anything remotely resembling normalcy.

And in the meantime, the structural problems with the real economy show no sign of abating. Consumer spending is still declining. Automakers are still not selling cars. Unemployment is still rising. It's quite possible that a worldwide bank rescue could succeed, and we'd still be facing a serious recession. Which provides all the more reason why some sort of economic stimulus, working class "rescue" plan is necessary to go along with efforts to "stabilize" financial markets.