"Sea of Poppies," set in Calcutta, is a swashbuckling saga full of sadists, weaklings and tyrants -- and, thankfully, there are two more volumes to come. 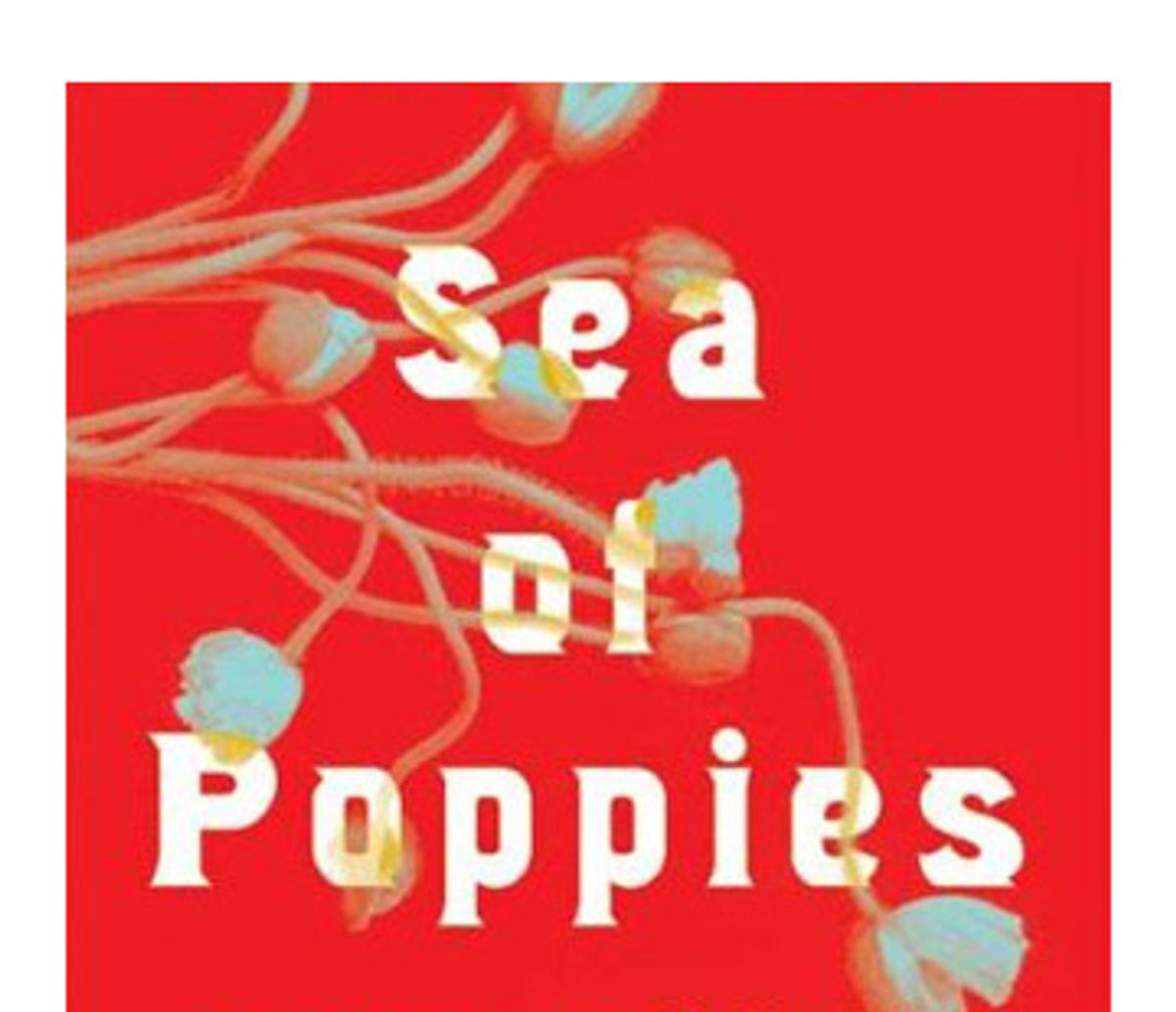 No literary outpost of the Anglophone empire has taken up the mantle of Charles Dickens and Anthony Trollope with greater enthusiasm and success than India and its diaspora. American novelists have opted for the vein of the British tradition in which the novelist is regarded as a lone genius (viz. D.H. Lawrence); consequently our self-styled great writers usually take themselves (and therefore their heroes) very seriously. Indians, by contrast, tend to favor fat books with dozens of characters, enlivened by lashings of satire and caricature. They give us sagas and epics, about clans rather than isolated individuals. If these novels don't entirely jibe with American notions of high art, they have been welcomed by readers as a superior grade of pure fun.

Amitav Ghosh's new book, "Sea of Poppies," the first volume in a projected trilogy set in 19th century India and China during the Opium Wars, makes a nimble bid for membership in both categories. First, on the side of entertainment, it is a nautical yarn, brimming with enough fo'c'sles and jibs and fife rails to satisfy the salty cravings of the Patrick O'Brian crowd. Second, its characters are brightly, if broadly drawn; there are good guys to root for and bad guys to hiss, yet none of them are too crudely rendered. Paulette Lambert, the obligatory spunky female aspiring to a man's freedom, is occasionally misguided in that very spunkiness. Zachary Reid, second mate on the Ibis, the schooner at the center of Ghosh's trilogy, is brave and true, the son of a "quadroon" Maryland freedwoman though passing for white, whose strict moral compass sometimes leads him astray. Deeti, a runaway widow from an opium farm up the Ganges, overestimates the scope of her benevolent maternal authority. Zeel Halder, a raja cheated out of his landholdings and framed by an English merchant, has a hard time abandoning the fastidious anxieties of his caste.

It takes the better part of the novel to gather these four (and many more) characters aboard the Ibis, where they will be thrillingly harassed by assorted sadists, weaklings and tyrants. Hints are dropped that we are being told the story of the founding of a "dynasty," but in this first volume, most of the characters are simply on the lam. Paulette doesn't want to marry an old puritan of a judge. Deeti, intended for a suttee (ritual suicide) flees from her village down the Ganges with a lower-caste man. Baboo Nob Kissin, the long-suffering factotum of a rich Englishman, believes that he is gradually changing sex, becoming the avatar of the woman who was his spiritual mentor. He also thinks Zachary is an incarnation of Krishna, sent to guide him out of Calcutta (now known as Kolkata), where "Sea of Poppies" is largely set. There are near-death escapades, chase scenes and disguises, enough to earn the novel its stripes as a swashbuckler.

On the side of literature, however, "Sea of Poppies" is drunk on language or, rather, on two languages. The first is the patois produced by the admixture of English and Hindi. One comical minor character, an Englishman with a taste for Indian cuisine and other, less mentionable comestibles, speaks a marginally comprehensible version: "Now there was a chuckmuck sight for you! Rows of cursies for the sahibs and mems to sit on. Sittringies and tuckers for the natives ... Oh, that old loocher knew how to put on a nautch all right!" The second language, the polyglot professional slang of the lascars, sailors of the Indian Ocean, is fluently spoken by Serang Ali, the sagacious leader of the Ibis' lascars: "Captin-bugger blongi poo-shoo-foo. He hab got plenty sick! Need one piece dokto." The two lingoes combine into a Joycean cacophony that testifies to the fecund energy of English at its fringes and borders. Ghosh himself is obviously besotted with the stuff, and while some readers may need to refer to the glossary (or "Chrestomathy") at the back of the book, it's not strictly necessary. Likewise, you can harken to Ghosh's sly critique of Britain's colonial mercantilism without feeling like you've been lectured to.

My sole criticism of this jolly outing is that it ends too abruptly, or so it seemed before I understood that there were two additional novels to come. "Wait," I protested under my breath, "I want to know what happens when they get to Canton!" And so I shall, though I hope the wait won't be very long.

Books India Must Read Our Picks