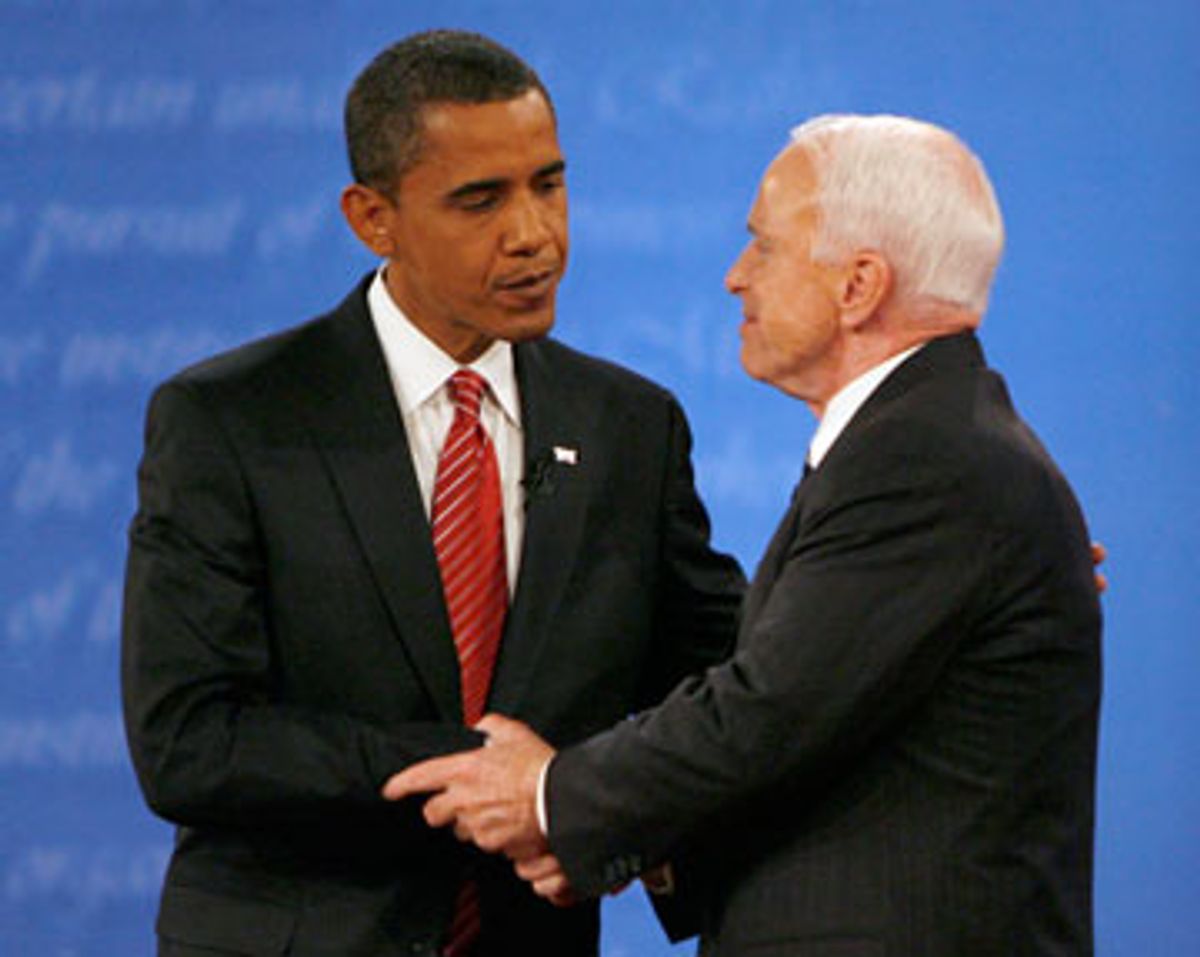 So far, it appears that most Americans believe that Barack Obama swept the series, winning this debate and finishing 3-0 against John McCain (4-0 if you count the Joe Biden-Sarah Palin debate).

CBS News and CNN both conducted polls in the immediate aftermath of the debate, and both showed respondents, by a wide margin, awarding the victory to the Democratic nominee.

Fifty-eight percent of those surveyed by CNN said they believed Obama won Wednesday night's contest; 31 percent said they thought McCain came out on top.  The margin of error was plus or minus 4 percentage points.

CBS restricted its poll to uncommitted voters, but found similar results -- 53 percent of respondents said they thought Obama won, while 22 percent said the same for McCain and 24 percent called it a draw. No word yet on the margin of error there.