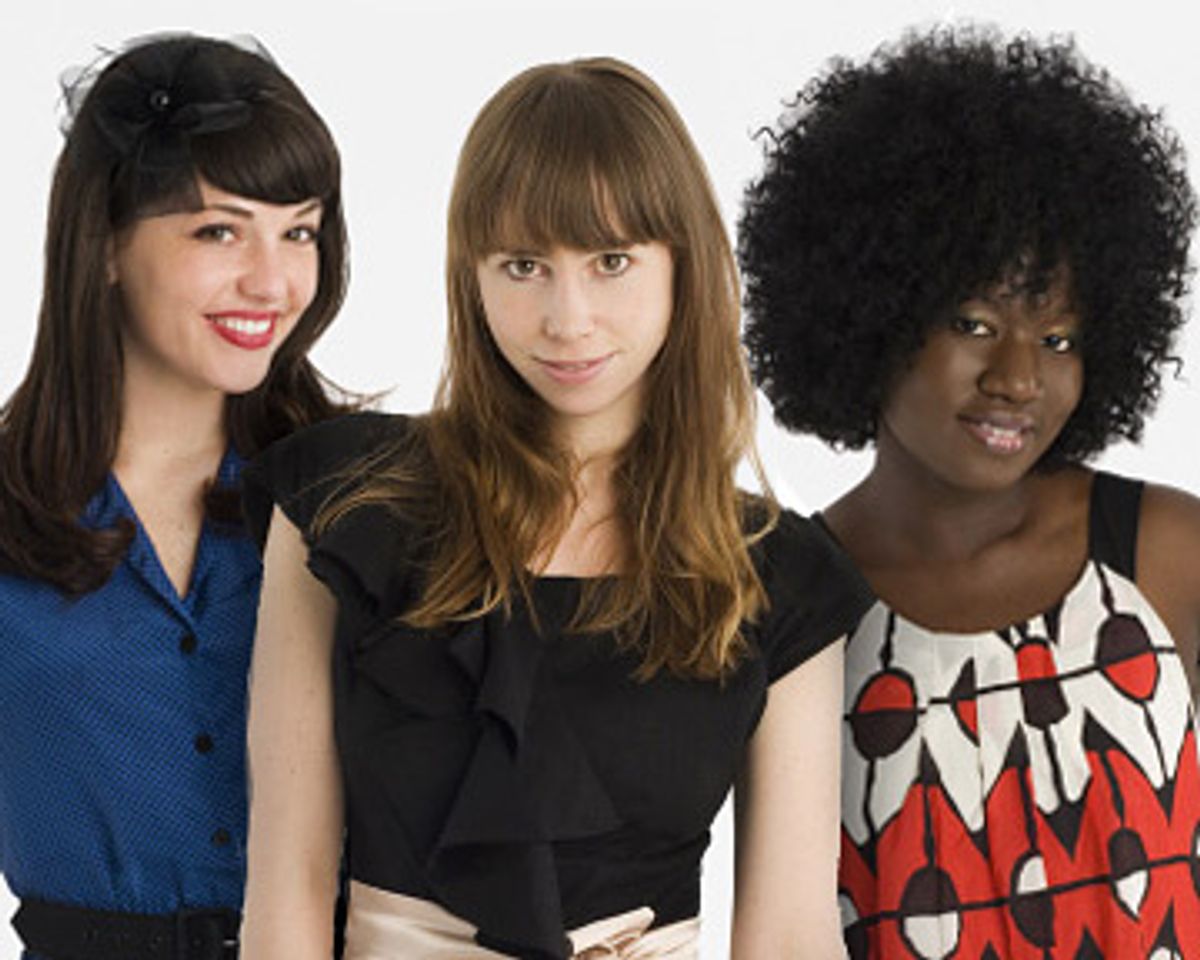 Shy, mousy, quiet, nerdy, slightly disheveled? These aren't the words you'd use to describe most fashion designers, but the ever-sheepish Leanne Marshall, 28, won "Project Runway" on Wednesday night by unleashing a tidal wave of aqua and cream petals on the fashion world.

Yes, most of us saw this tidal wave coming. The judges had praised Leanne's work all season, and seemed visibly impressed during her final show. They called her line "clean" and "modern." Even the audience lit up when her designs came down the long, white runway -- worn by a troop of awkward, odd-looking models, of course.

"The trickiest thing to do is to make complicated clothes look easy," said Michael Kors. "And her clothes look unfettered."

"She has an elegant, sophisticated, polished approach," added Tim Gunn. And he was right. All season long, Leanne has produced the most refined, well-tailored pieces, all of them with carefully crafted detailing and flair that nonetheless rarely overwhelmed her designs. She showed restraint. Her taste was impeccable. Her constructions were impressive. Her styles were thoughtful. So why was it so hard to see her win the big prize?

Maybe because everything in her final runway show was limited to two colors: aqua and cream. Maybe because she first announced that she was inspired by "waves" and "water," then she created a collection that looked like ... waves. And water. Maybe because those damnable flaps looked great in her gowns, but felt a little repetitive after the eighth or ninth piece.

Or maybe I was just hellbent on seeing Korto Momolu, 33, the relative underdog, win. Her line was colorful, multifaceted, unexpected and inspired. Where Leanne showed us designs that we've seen all season, Korto showed us new directions that enriched the wide range of styles we've already seen from her. Korto sometimes looked like the most flexible designer of the three. Yes, maybe her work wasn't quite as original or as finished as Leanne's, but where Leanne's line was all head, Korto's was all heart.

And then there was Kenley's line, which was all Kenley. Kenley Collins, 25, transformed herself from a cheerful, giggling beauty with retro taste to a whiny, petulant villainess over the course of "Project Runway's" fifth season. "My decisions are final!" she snapped at Tim Gunn during the finale when he suggested a change to one of her dresses. Backing away, Gunn feebly wished Kenley good luck, but that pinched look on his face spoke of a passionate desire to strangle the life out of the little trollop.

This is why Gunn is such a wonderful litmus test for eeevil on this show: When you're rude to the sweetest, most thoughtful fashion Bambi of all, a man whose other show is all about convincing everyone from ultra-regular-looking gals to outright chubsters that they're beautiful on the outside (and in so doing, convincing the audience of the same thing), that's when you know you have a personality disorder that requires immediate treatment.

But poor Kenley. It's hard not to feel sorry for her, in all of her anger and confusion. She's young. She hasn't lost enough friends or alienated enough people to know how deeply dysfunctional she is yet. Sadly, most of us can relate.

But Kenley also doesn't know how uneven her final collection was, even after being eliminated first out of the three finalists. She may have thought her fate was sealed when Tim Gunn filled in as guest judge after Jennifer Lopez injured her foot and couldn't make it, but it was pretty clear the judges had been gunning for Kenley for weeks. It was only a photogenic combination of snippy remarks and red-lipstick-enhanced nastiness that kept her in the running this long. Ultimately, not only did her fashions look like the work of other, better-known designers, but her line was less cohesive, less unusual and less innovative than either Korto's or Leanne's.

The judges seemed to agree on this one, but naturally Kenley didn't. In that nasal whine that was as much a signature as her flocked retro fashions, Kenley declared the judges' assessment unfair. "It crushes me. No one likes to be called a copycat when they know that they're a true artist. And it kills me that that's what they think."

Well, technically, the judges didn't call her a copycat, they said that she needs to look at other fashion lines so she knows what's original and what's not. "She needs to take a fashion history course, quite frankly," Gunn breathed in exasperation.

"I think it's bullshit," Kenley proclaimed with her usual grace and tact. Ah, but what season of "Project Runway" would be complete without an outspoken, egocentric misfit in the finale? Kenley was just bratty enough to walk proudly in Santino Rice's footsteps -- you know, right up to the point where she got third place.

It was tougher to see Korto place second. She said she was "sad" and "disappointed," and added, "at this moment, my heart is bleeding." Oof!

And like the chipper class know-it-all who gets an A+ on the pop quiz and snickers happily all the way home (or half of the way home, until some annoyed underachieving punker kicks her in the shins with his muddy Doc Martens), Leanne practically skipped off the runway after squealing over her upcoming spread in Elle magazine, her $100,000 prize and her Saturn hybrid.

So that's why we watch this show after five seasons! To relive our high school years, only this time the cool, snotty, popular girl with the red lipstick is shunned and humiliated, the confident, beautiful, intimidating black girl with the withering glare comes in second, and the squeaky little nerd with the bad hair wins the applause, the adoration -- and the dorky-looking car.

Three cheers for "Project Runway" for what may (or may not) be its final season on Bravo, and a hearty congratulations to that plucky petal-pusher, Leanne. May the fashion gods continue to smile on you, in all of your shy, nerdy, slightly disheveled glory!