Is McCain really proud of these crowds?

A video record of the hate whipped up by the GOP ticket. 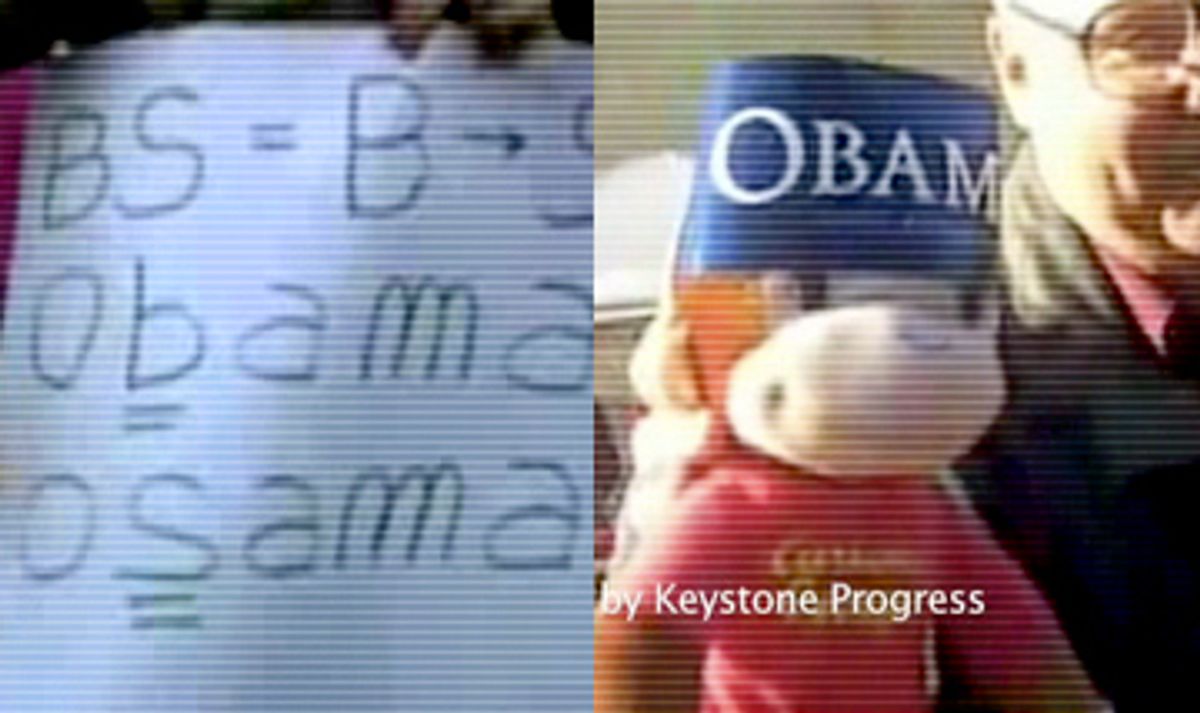 Tom Schaller already blogged about the newspaper reporter who was kicked by an angry John McCain voter at a Sarah Palin rally in North Carolina. But you should read the account for yourself, here. The guy was kicked so hard he fell to the ground.

There's no video of the assault, at least not yet. But after McCain told America he's proud of his crowds at Wednesday night's debate, we compiled these video clips of folks we don't think he should be proud of. They all were previously posted on Open Salon.

Also thanks to Open Salon's Lainey, I found out I was included in a recent Robert Greenwald video on the same topic: