Sarah Palin's baby sure is logging a lot of frequent-flier miles. Should Mom be leaving him at home? 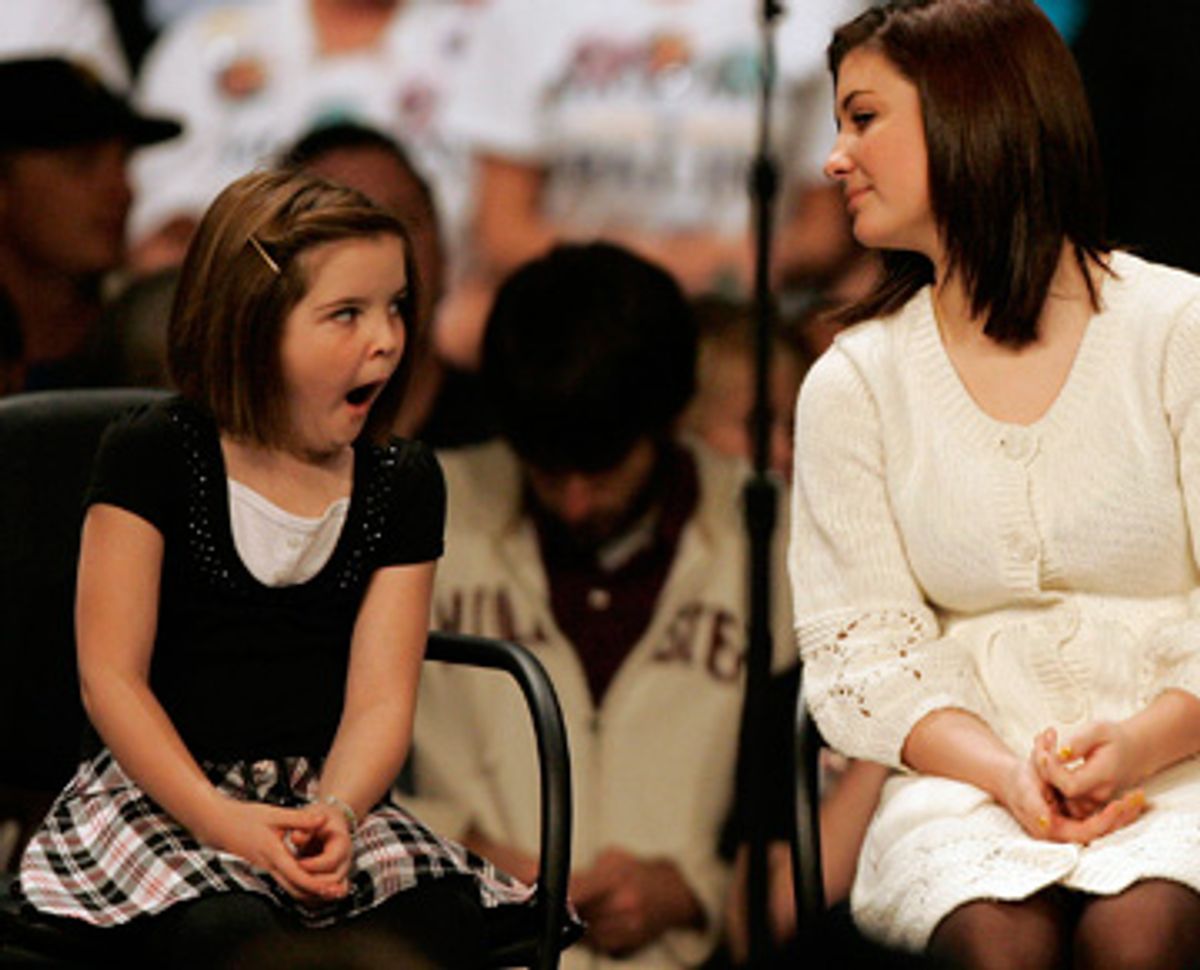 Sarah Palin uses her kids as props on the campaign trail. She's been doing it ever since she dragged Bristol and her baby daddy to St. Paul, Minn., on Sept. 2. And she admits it. Prior to the Philadelphia Flyers hockey game on Oct. 11, where she dropped the ceremonial puck, Palin described how she planned to use her 7-year-old daughter, Piper, as a human shield against Philly's notorious boobirds. "What I thought I'd do is I'd put Piper in a Flyers jersey, bring her out with me," she said at a local fundraiser prior to the game. "How dare they boo Piper!" It was Philly. They dared.

But what about little Trig? The youngest Palin, who turns 6 months old on Saturday, has been front and center ever since Palin took the running-mate gig. That Palin had given birth to a Down syndrome baby was part of her vice-presidential résumé, proof to the GOP's religious right base that the Alaska governor was an antichoice evangelical who walked it like she talked it. Surely you have noticed the infant's many campaign appearances, wherein he is clutched closely and publicly to the breasts of many Palins -- Mom, Todd, even tiny Piper -- and have wondered, deep in your dark and cynical heart, if perhaps it wasn't all a bit much? Did Trig really need to go to the vice-presidential debate and get a shout-out from Mom onstage? Why was Piper being forced to stagger down a flight of stairs under the weight of baby bro? And would he be staying up so darn late if there weren't cameras around?

Or are we just being Palin haters? All pols use their kids in photo ops. Most of those children are not still breast-feeding. (Palin has talked breast pumps with People magazine, and declared October "Breast-feeding Awareness Month" in Alaska.) What is Palin supposed to do with Trig? Leave him back in Alaska and FedEx him breast milk? Stash him in a series of hotel rooms while she works the rope lines? Of course Palin's midday visit to an Ohio Wal-Mart to buy diapers, Trig stuck to her lapel like a flag pin, was a political event. But where's the middle ground between exploitation and negligence? While you ponder that, watch the video below.