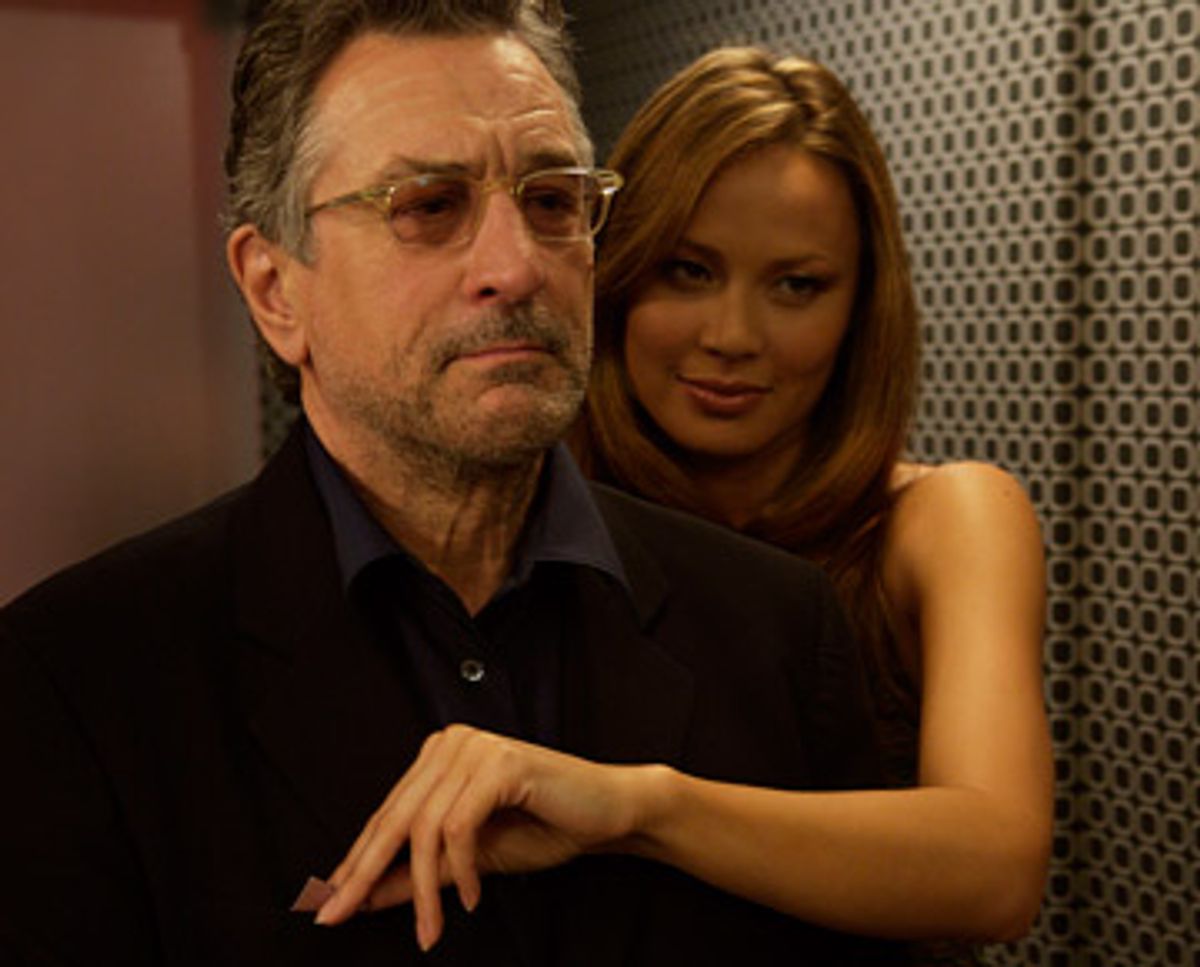 Barry Levinson's "What Just Happened" is based on the memoirs of renegade producer Art Linson, whose varied credits include a number of hits ("Fight Club," "The Untouchables," "Heat") but also numerous pictures ("Into the Wild," "Casualties of War," "Melvin and Howard") that suggest he's the kind of guy who's willing to take some risks. It's a drag, then, that "What Just Happened" is so listless and tame. The picture promises to be a gossipy, biting tale about the travails of a middle-aged Hollywood player who doesn't always have the magic touch -- or, perhaps more accurately, finds he has it less and less. But the picture is more self-congratulatory than it is vicious, or even illuminating, and it dawdles when it needs to crack along at a clip.

In the world of "What Just Happened," Hollywood is a nasty place peopled by producers -- like Art, played by Robert De Niro -- who are just trying to do the right thing for the sake of movies. Art's life, and his job, would be so much easier if only all those pesky, egocentric directors, actors, screenwriters, agents and ex-wives would stop getting in the way of his own ego. We're supposed to feel sympathy for Art because he needs to put out so many fires at once: He's about to release an arty action movie starring Sean Penn (who plays himself) that's tested poorly with audiences -- it ends with the bad guys shooting Penn's dog in the head, and the director (played by Michael Wincott) refuses to recut it.

Meanwhile, Art has to soothe the ego of another star in another movie (Bruce Willis, also playing himself), who has grown a mountain-man beard and refuses to shave it off, even though his stubbornness could shut down the production. Art also fields numerous demands from Catherine Keener, as a tough, poker-faced studio boss, and spends an inordinate amount of time talking John Turturro, as a neurotic agent with a nervous stomach, down from his tree. In between all that, Art drives around Los Angeles, stopping in to visit his ex-wives and children (his most recent wife is played by Robin Wright Penn, who gives one of the only well-shaped performances in this misshapen little movie). He's desperately trying to keep his personal life -- or what's left of it -- together amid all the professional turmoil.

But it all adds up to a big "So what?" Levinson, working from a script by Linson, may be trying to give us a sympathetic, self-deprecating character in Art; he's Candide, bumbling his way through a cruel, incomprehensible universe. But as De Niro plays him, there's a "poor me" quality to the character that's perversely self-aggrandizing. De Niro gives a performance that consists mostly of squinting and offering the occasional quizzical smile, the kind of "Aint this a crazy world?" smile that's designed to draw the audience into its conspiratorial embrace.

But the world of "What Just Happened" isn't any crazier than the one we saw in another recent Hollywood satire, "Tropic Thunder." In fact, it's not very crazy at all. And it's not very funny. The movie's big revelations are that there's lots of backbiting and betrayal in Hollywood, and that the people there do bad stuff -- like, you know, sending text messages during memorial services. "What Just Happened" pretends to be knowing and insiderish, when all it's really doing is offering up clichés. Of course, maybe life in Hollywood really is just a series of clichés. But why should we want to see them turned into a movie? If truth is stranger than fiction, it's also, quite often, a lot more boring.