The Alaska Republican is convicted on seven charges relating to gifts he received from an oil contractor. 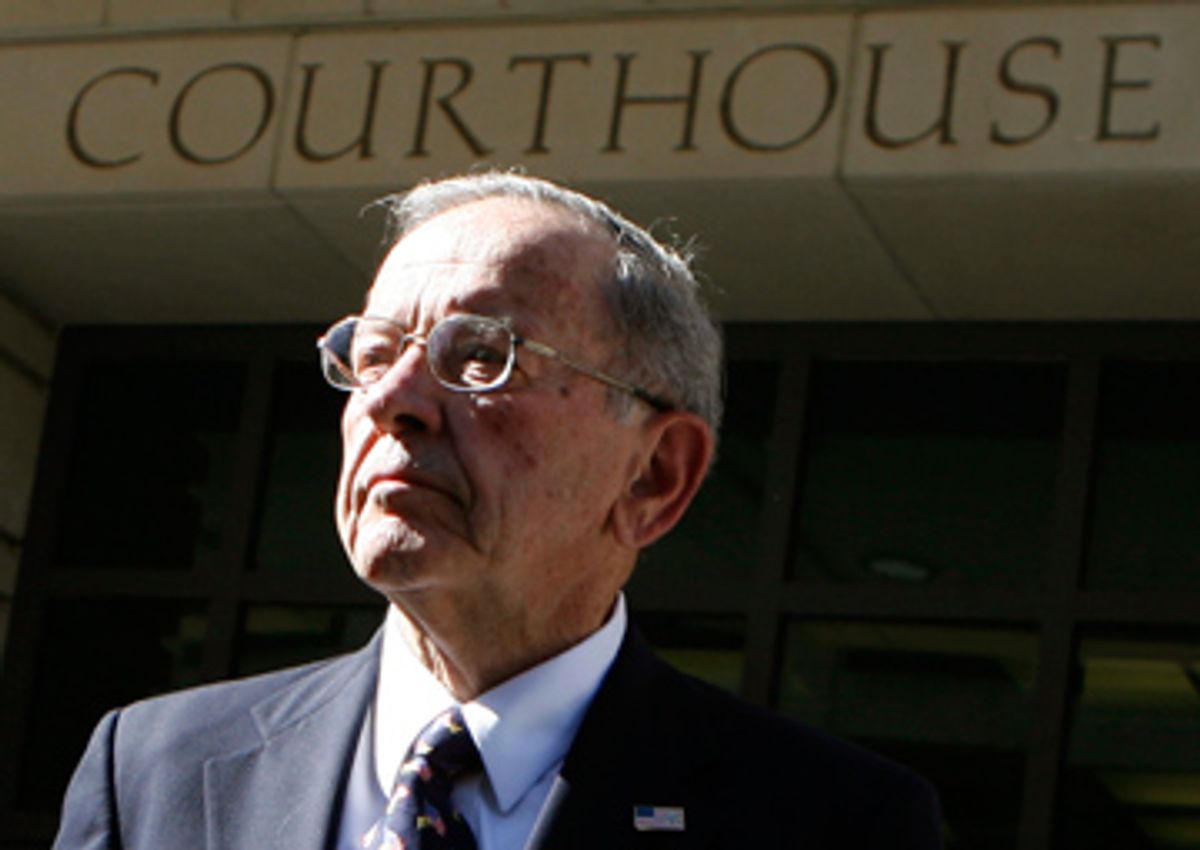 The jury in the corruption trial of Republican Sen. Ted Stevens of Alaska came back Monday afternoon with a verdict that could well send Stevens' career down the tubes. Stevens was found guilty on all seven of the charges he faced, felonies relating to false statements he made on Senate financial disclosure forms, on which he failed to report some $250,000 in gifts.

Stevens faces up to five years in prison on each of the counts, but the AP says he "will likely receive much less prison time, if any."

Though he's the longest-serving Republican in the Senate, Stevens may not be part of that body for much longer. He's facing a tough Democratic challenger, Anchorage Mayor Mark Begich, this year, and recent polling has generally shown Begich holding on to a slim lead. If Stevens is reelected despite the conviction, it would be up to the Senate to decide whether to let him remain in his seat.