Jane Mayer's devastating piece on Palin's courting of the court of conservatism. 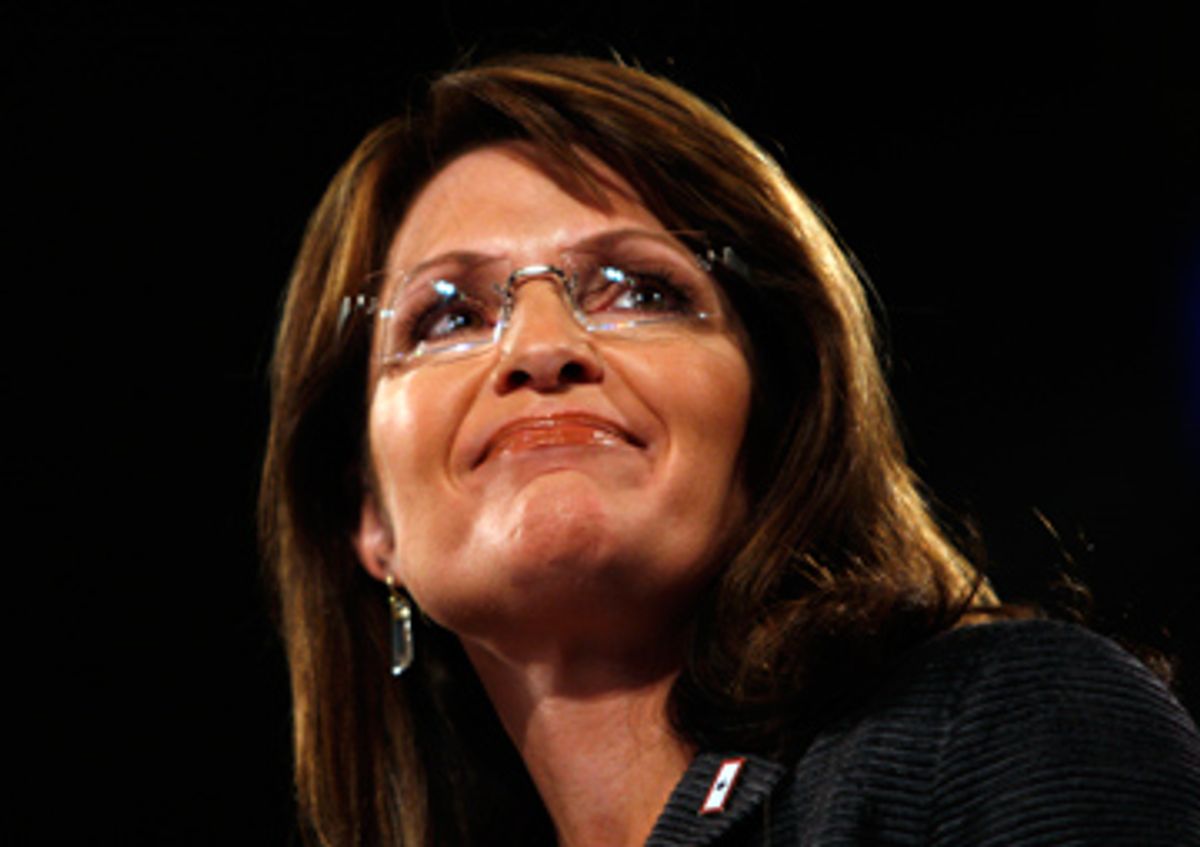 Monday night, I finally got around to reading Jane Mayer's devastating story in the latest New Yorker about how that aw-shucks, consignment-shopping, regular gal-pal Sarah Palin systematically courted the very Eastern liberal media elites she now pretends to disdain. Her famous line from St. Paul, you may remember, is that she was not planning to go "to Washington to seek their good opinion."

That may only be technically true because, as it turns out, she courted key conservative kingmakers from Washington -- including gatekeeping voices like Bill Kristol, Fred Barnes and Michael Gerson -- so she could seek their "good opinion" while they were visiting Alaska. Meanwhile, the self-described anti-Eastern establishment governor hired a public relations firm headquartered in that archconservative state in flyover America, Massachusetts. (One wonders how her home-state P.R. firms feel about that expenditure.)

Throughout the campaign, Palin has mocked what she calls "the mainstream media." Yet her administration made a concerted effort to attract the attention of East Coast publications. In late 2007, the state hired a public-relations firm with strong East Coast connections, which began promoting Palin and a natural-gas pipeline that she was backing in Alaska. The contract was for thirty-seven thousand dollars. The publicist on the project, Marcia Brier, the head of MCB Communications, in Needham, Massachusetts, was asked to approach media outlets in Washington and New York, according to the Washington Post.

In his Washington Post column today, Richard Cohen piles on, with a pitch-perfect closing line at the end of this graph:

It is the height of chutzpah, you betcha, for a coterie of ideologues to accuse Palin's critics of political snobbery. It is also somewhat sad for a movement once built on the power of ideas -- I am speaking now of neoconservatism -- to simply swoon for a pretty face and pheromone-powered charisma. But it is, I confess, just plain fun to see all these expense-account six-packers be so wrong. For some odd reason, most Americans are not finding, as [Fred] Barnes wrote, that Palin "exudes a kind of middle-class magnetism." Instead they find her out of her depth and exuding an unfathomable -- not to mention unearned -- self-confidence. If it weren't for the Boys on the Boats, she'd be her biggest fan.