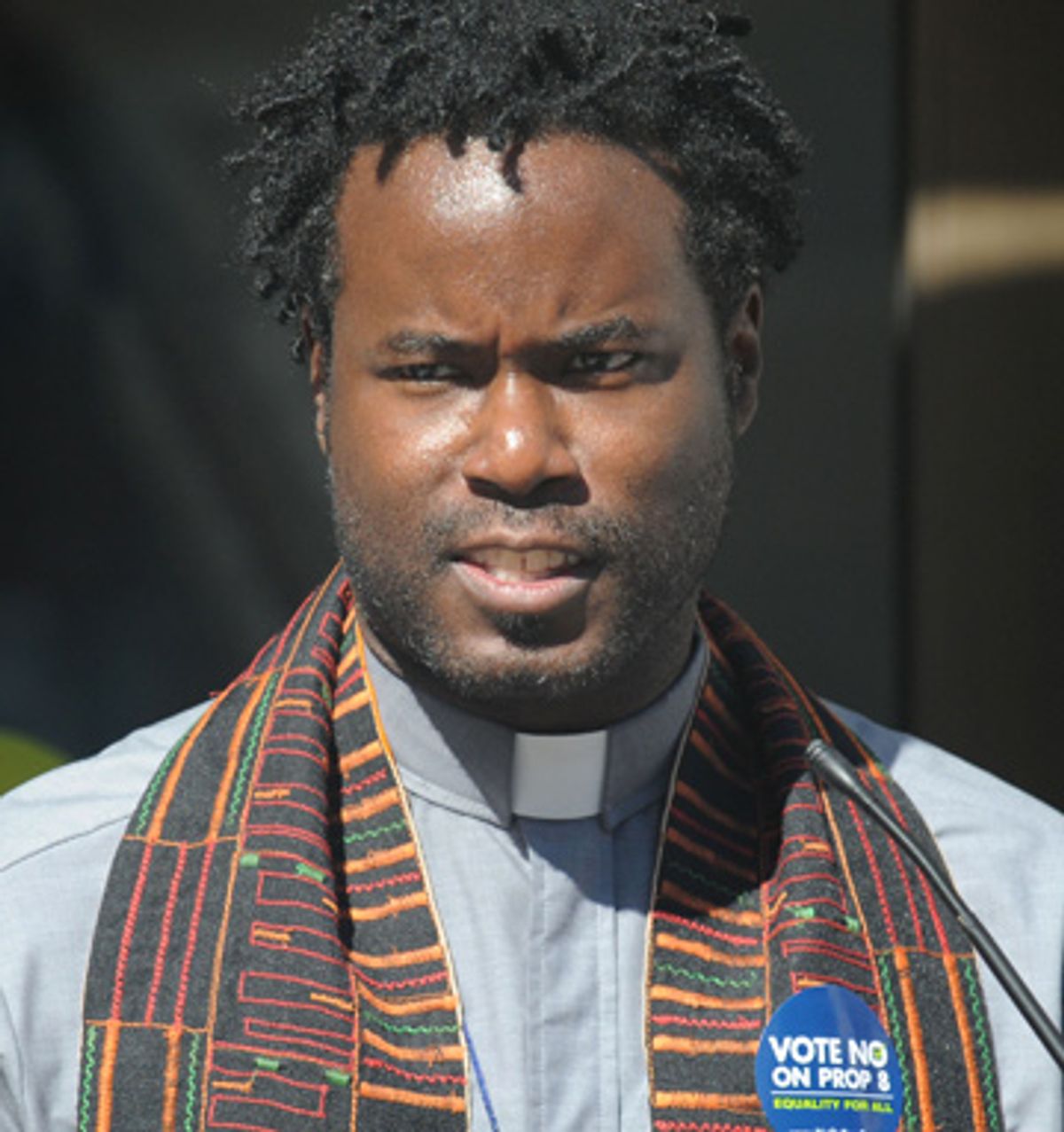 On May 15, 2008, the California Supreme Court ruled, in a groundbreaking decision, that marriage is a basic civil right guaranteed to all Californians. In a thoughtfully worded opinion, the court, under the courageous leadership of Chief Justice Ron George, recognized that "the right to marry ... guarantees same-sex couples the same substantive constitutional right as opposite-sex couples to choose one's life partner and enter with that person into a committed officially recognized and protected family relationship."

This November, Californians will again visit the oft-debated subject of same-sex marriage. By our vote on Proposition 8, the proposed ban on same-sex marriage, we will define the parameters of love in our state.

But California is not Las Vegas -- what happens in California, does not stay in California. Because the Golden State is a national trendsetter, the entire country will be watching on Nov. 4, when we decide if the California Constitution should be amended to read, " Only marriage between a man and a woman is valid or recognized in California." Of such national significance is the outcome of this vote that the two major presidential nominees have weighed in. Barack Obama opposes the amendment and a ban on gay marriage; John McCain supports it.

The Obama candidacy has energized African-Americans. Black voter registration is up, which bodes well for him. But here's the rub: Could a large black turnout also bode well for the passage of Proposition 8? Those who would ban same-sex marriage certainly hope so. They are counting on the "Obama Effect" to enlist black voters, along with conservative Latinos, into their ranks. Frank Schubert, co-campaign manager for Yes on 8, says that, "[T]o the extent that they are motivated to get to the polls, whether by this issue or by Barack Obama, it helps us."

As an African-American lesbian who has been in a loving relationship for over two decades, I have been made well aware of the black community's discomfort with things gay. Our long and courageous history in the forefront of the struggle for civil rights notwithstanding, the leadership of black America -- politicians, ministers, business leaders -- has not been as outspoken as it could be and should be on the issue of gay rights. Homophobia and traditional religious teachings play a role in our silence. But the roots of our discomfort, I think, go deeper. Sadly, some African-Americans believe that it is only we who should benefit from the gains achieved by the civil rights movement of the 1960s and 1970s. They fear that to allow the gay community to enter the doors of opportunity opened by our struggle, to permit gays and lesbians to share in the fruits of that movement, will diminish those benefits for the black community. Truth is, there is more than enough to go around.

Not long ago, in a speech to a predominately black congregation, it was with some trepidation that I introduced myself as gay. I was not seeking the congregation's approval. Rather, I did it because I had never before had the courage to publicly identify myself as such before a black audience. It was time. At the conclusion of my talk, I received a standing ovation that left me stunned and deeply touched, and convinced that the African-American electorate will come through. Black voters will, I predict, view same-sex marriage as the constitutional guarantee that it is, thereby giving new meaning to the "Obama Effect."

And what about the support of conservative Latinos on whom the Yes on 8 proponents also rely? Polling indicates that Latinos in California, many of whom are Catholic, oppose same-sex marriage. That polling also suggests that while Latinos have no problem with civil unions, their Catholicism precludes them from viewing marriage as other than between a man and a woman.

I am currently an assistant to the president of Stanford University, but I served as a judge in the Superior Court of Santa Clara County for almost two decades. I have presided over hundreds of wedding ceremonies. Recently, I was invited to perform a same-sex wedding in which the brides, Camille Ramos and Patricia Moreno, were two Mexican-American women in their 30s. When I observed the crosses worn by many of the family and friends congregated there, I quietly assumed that their presence at the wedding was simply a social formality, the polite thing to do. But as the ceremony got under way, I learned how very wrong I was. I witnessed three generations of Latinos -- parents, grandparents, great-grandparents, who, with tears of love and joy, embraced Patricia and Camille; and I heard three generations of men and women voice their unwavering support of the brides' 15-year relationship. For the Ramos and Moreno families, Christianity and same-sex marriage were entirely compatible. As one family member later told me, "I don't understand all the fuss. Supporting two people who love each other is just the Christian thing to do."

So, what message will Californians send to the rest of America on Nov. 4? What will the outcome of our vote on same-sex marriage say to the nation?

If Proposition 8 succeeds and the ban on same-sex marriage is enshrined in the state's Constitution, it will be a signal to the nation that discrimination, inequality and intolerance have made a comeback. A ban on same-sex marriage will do much to strengthen the resolve of those who want to relegate to the back of the bus the thousands of lesbians and gays who desire to solemnize their relationships.

If, however, Proposition 8 is defeated, America will understand that in California, the judiciary and the people know that marriage is a basic civil right guaranteed to all. With the defeat of Proposition 8, Californians will affirm that love is blind. Should the California Supreme Court's ruling be upheld, the District of Columbia and the states of Vermont, New Jersey, New Hampshire, Oregon, and Maine, which allow only civil unions or domestic partnerships, may be emboldened to go the next step, joining California, Massachusetts and Connecticut in legalizing same-sex marriage.

The backers of Proposition 8 purport to protect the traditional institution of marriage. They warn that the sanctity of marriage will be forever undermined if same-sex marriage is legalized. Yet these fearmongers offer no evidence that same-sex marriage is harmful or that it diminishes the rights of opposite-sex married couples. Their message is simply code for prejudice and bigotry.

Camille Ramos, Patricia Moreno and the congregation who embraced me are among the thousands who oppose the ban on same-sex marriage. We will vote "no" on Proposition 8 because marriage is a basic civil right, and because we must, paraphrasing Shakespeare, never admit impediment to the marriage of true love.

LaDoris Cordell is a graduate of Stanford Law School and a former Municipal Court and Superior Court judge in Santa Clara County, California. She also served four years on the Palo Alto City Council. She is now special counselor to the president for campus relations at Stanford University.