What not to wear (on Halloween) 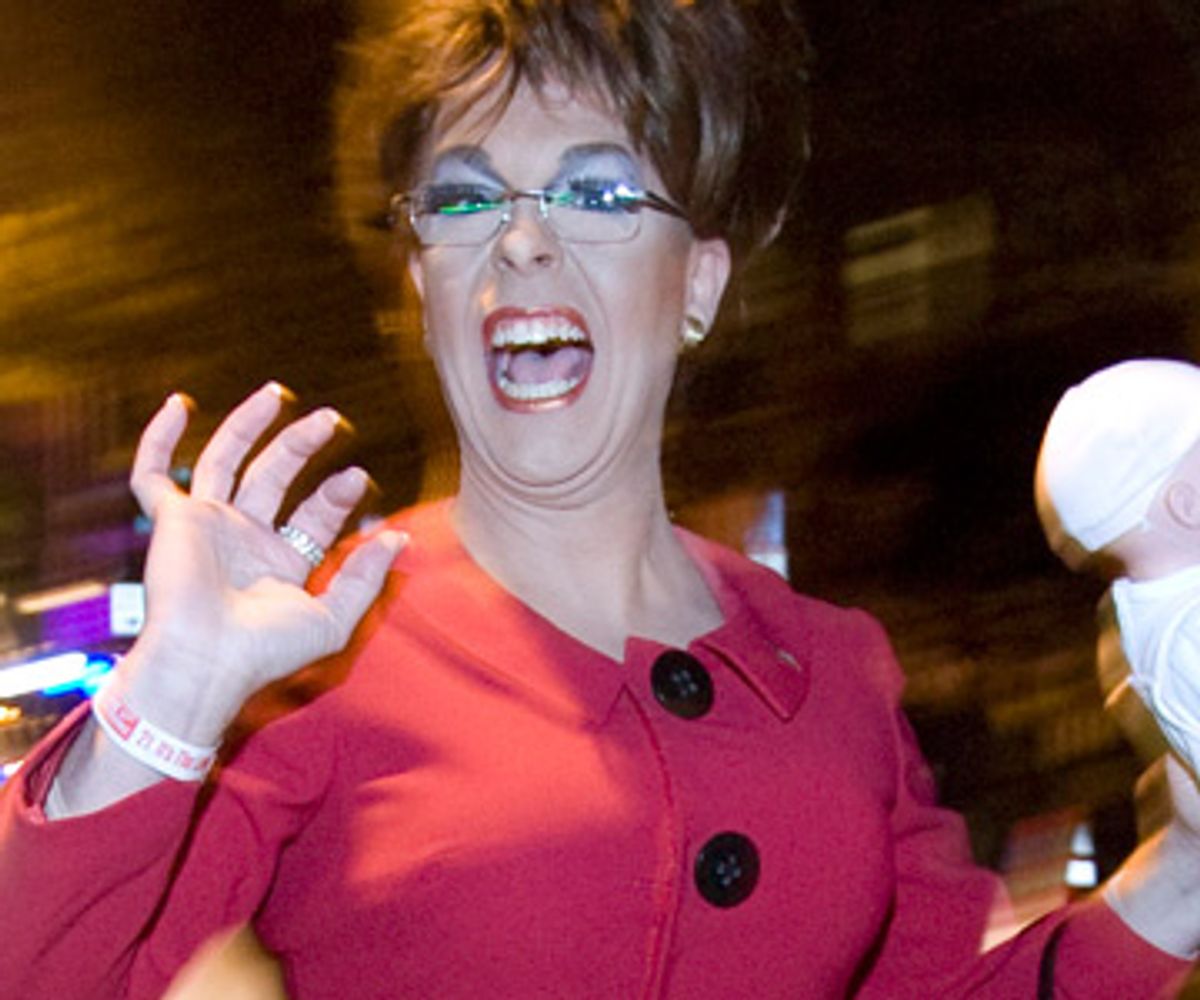 I spent a good portion of the 1990s at the University of Texas in Austin, where nearly every year some dude looped on Jager would make headlines by arriving at a frat party in a heinous costume. A little blackface, some callbacks to slavery, a nice dose of misogyny up in the mix.

I tell this story not to dog on my beloved home state but to remind you of two basic truths: a) Some people are stupid, and b) stupid people do stupid things in the name of a celebration, especially when they are drunk enough to be flammable. And thus I fear for the streets of our country this Halloween, when costuming meets beer bonging during the most heated and colorful election of our time.

In a way, this is terrific. No need to dash off to Party City and buy another plastic Batman costume when there are so many creative opportunities. A black nominee perceived as a messiah. A former war hero and torture victim. Sarah Effing Palin! I can only imagine how many lipstick gags and $150,000 price tags we will see on Oct. 31; I haven't known this many friends who wanted to dress as the same person since "Star Wars" came out in 1977. And I haven't even mentioned this election's riveting supporting cast: Levi and Bristol, Bill Ayers, the Rev. Jeremiah Wright, fake attack victim Ashley Todd, polar bears. Joe the Plumber, anyone?

And while part of me -- the drama geek part, the part that wears wigs to cocktail parties -- revels in this rich metaphoric landscape, another part of me -- the part that grew up in Dallas, that watched the ugliness that can unfold when teen boys get ahold of an afro wig -- cringes to think of the dark humanity that will be parading through the crowded blocks of America. Below are the Halloween costumes I do not want to see this year.

I beg of you, America. Don't go there.

9. Blackface not related to "Tropic Thunder"

"Blackface?" you say with a gasp. "In 2008? No way!" At least, that's what some of my colleagues said earlier this week when I mentioned the possibility of people going in blackface to mock Barack and Michelle Obama. And then, on Wednesday, students at the University of Kentucky hanged Obama in effigy. So all I know is, if there's shoe polish on your face, you better be wearing Army fatigues. Know what I'm saying?

I know, I know: There's nothing funnier than someone with balls dressing up as someone with a vagina. I watched "Bosom Buddies." I realize this kills. But donning one of those hot-property Palin wigs, smart glasses and some Revlon red is a little, dare I say, creatively bankrupt?

There are so many fascinating women more deserving of the tribute. Here, let me give you a few suggestions: Joan from "Mad Men"; Katie Couric, Rachel Maddow and Campbell Brown (as they might appear on "Charlie's Angels"!); the hosts of "The View"; the stars of "Sex and the City; the pregnant man. (Now that's a costume: All you need is a goatee stencil and a watermelon!)

7. John McCain chained to a bed.

Do I really need to explain this?

Last year, just prior to Halloween, Los Angeles Times columnist Joel Stein suggested the introduction of "Slut Day," which would free Halloween from the swarms of adults dressing up as though they should be charging by the hour. He bemoaned the way that slut culture -- which, in 2007, was possibly at its pop-tartlet apex -- had trickled down even to kids. "It's transforming formerly child-friendly costume shops from fun-creepy into Chris Hansen-creepy," he wrote. Amen, Joel Stein. And anyone who's seen an adorable little girl tarted up like Paris Hilton or Lindsay Lohan understands the soul damage that vision can inflict.

2. Wall Street playboy with noose around his neck

Because, as tempting as it might be to poke fun at millionaires forced to fly business class, these are real people, who lost real money, who are in real pain. It's just not funny. It's bleak and horrible, and you'll make everyone sad. Why not just walk around in a wet blanket?