Would a San Francisco measure help sex workers or empower traffickers and pimps? 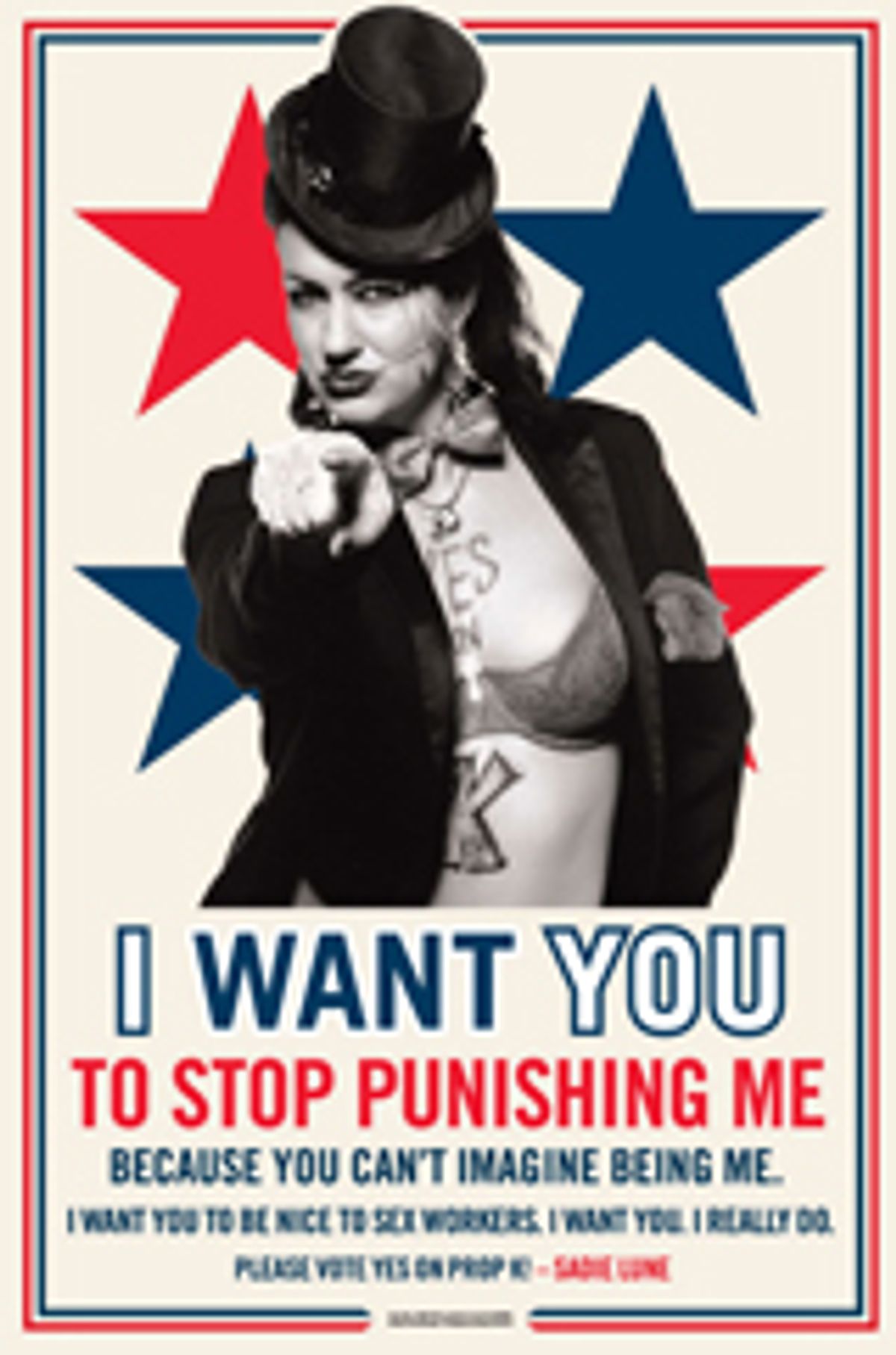 Just a few blocks west of San Francisco's hub of seedy massage parlors, supporters of a proposition that would decriminalize prostitution gathered Thursday night for a town hall meeting. That part of town called the Tenderloin, and known for being a magnet for trafficked women, was a hot topic of discussion, because, while most San Franciscans agree that prostitutes should not be criminalized for engaging in consensual sex, opponents argue that Proposition K would restrict police investigations of sex trafficking operations, and protect pimps.

And, so, the city is now confronting a question that activists and policymakers have already been attempting to answer in Amsterdam, the Netherlands, New Zealand and Sweden: How do you empower sex workers without also empowering traffickers and pimps?

San Francisco District Attorney Kamala Harris says that Prop. K isn't the correct answer. She says it actually offers pimps and traffickers more protection than prostitutes, and forces the justice system to "turn a blind eye to those who violate the human rights and dignity of their victims." Now, the proposition does require the enforcement of "existing criminal laws that prohibit coercion, extortion, battery, rape, sexual assault and other violent crimes, regardless of the victim's status as a sex worker"; and supporters emphasize that the measure would do nothing to prevent law enforcement from punishing traffickers or pimps. But it also prohibits "the Police Department from applying for federal or state funds that involve racial profiling to target alleged trafficking victims." Many opponents argue that, realistically, racial profiling is necessary to successfully track down sex trafficking rings. Proponents, on the other hand, say that racial profiling unfairly targets illegal immigrant sex workers; once police discover them, they either admit to being trafficked, or they're deported.

Supporters also say that decriminalizing prostitution will actually encourage sex workers to report trafficking. Leila, a 24-year-old sex worker, gave a personal example as support of that argument: While she was working at a local strip club, a customer admitted to her that he was committing an ongoing violent sexual crime -- which she asked me not to specify -- and, because she was working in a legal capacity, "without a second of hesitation" she called the police. She knew "that they would come and listen to me and deal with somebody who was actually hurting somebody, and that I didn't have to worry about how I was going to be treated by the police."

Gene-Fu Liu, a member of Cents of Relief, an NGO dedicated to preventing human trafficking, found the idea laughable. "Unfortunately, none of these consenting sex workers are ever going to find these women who are out there," he told me after the meeting. "Even if it's legalized, [sex trafficking] is not going to be reported by these people." Liu, a 26-year-old Yale medical student who happened to be in town for the meeting, added: "These massage parlors are so hard to investigate," he said. "[The workers] can't speak English, their lives have been threatened, the lives of their families have been threatened, and they're taught to fear the police."

After the meeting, Liu got into a friendly debate with Starchild -- this is the Bay Area, folks! -- a well-known sex worker and outreach director for the local Libertarian Party. "The problem behind trafficking is the black market for immigration," Starchild said. "A lot of these women were smuggled into the United States, and this incurs a large debt. To pay back this debt they end up working in these brothels."

At that point, Margaret Prescod, a longtime women's rights activist, jumped into the conversation and started to heat things up. "The mixing of consensual sex with trafficking is very dangerous," she said. Opponents are using trafficking as a "scare tactic," when the reality, she said, is that "traffickers are not being caught" as is. Indeed, to date, there have been no prosecutions of human traffickers in California. Prescod also said that "do-gooder feminists" are trying to save immigrant women from sex work without offering them any actual alternatives; it so often comes down to poverty, after all. "It reminds me of those who say they are right to lifers," she said. "The moment the child is born forget about the child because there's no support for the mother or the child."

Certainly, the impact on sex trafficking investigations isn't the only bone opponents have to pick. They criticize the measure for not restricting the location of brothels, curbing street walking or mandating HIV testing. Also, the initiative would eliminate funding for the First Offender Prostitution Program, in which offenders attend "john school" and pay the district attorney's office $1,000 to avoid charges (which proponents suggest is kinda crooked).

During the two-hour meeting, compelling arguments were made by activists, sex workers, lawyers, a doctor -- and even a Buddhist priest. There were also eccentric local characters, like Carol Leigh (aka the Scarlot Harlot) and activist Tamara Ching (aka the mother of the city's trangender community). Sex workers told moving stories about deciding against reporting a rape to avoid punishment -- and, in one case, reporting a rape only to have a police officer suggest that she "get a pimp to deal with that sort of situation in the future" -- and being afraid to carry condoms lest they be used as evidence against them.

But, again, this comes down to that tricky question that many countries are still attempting to address (mostly by taking note of how other countries' approaches have succeeded or failed): How do you empower sex workers without also empowering traffickers and pimps? It's a question I don't feel ready to answer. I passionately believe that there is a valid place in society for sex work, and that prostitutes should not be criminalized, but, frankly, I am not at all looking forward to casting my vote on this issue.