Barely verbal toddlers showing their support for a candidate: Cute or creepy? 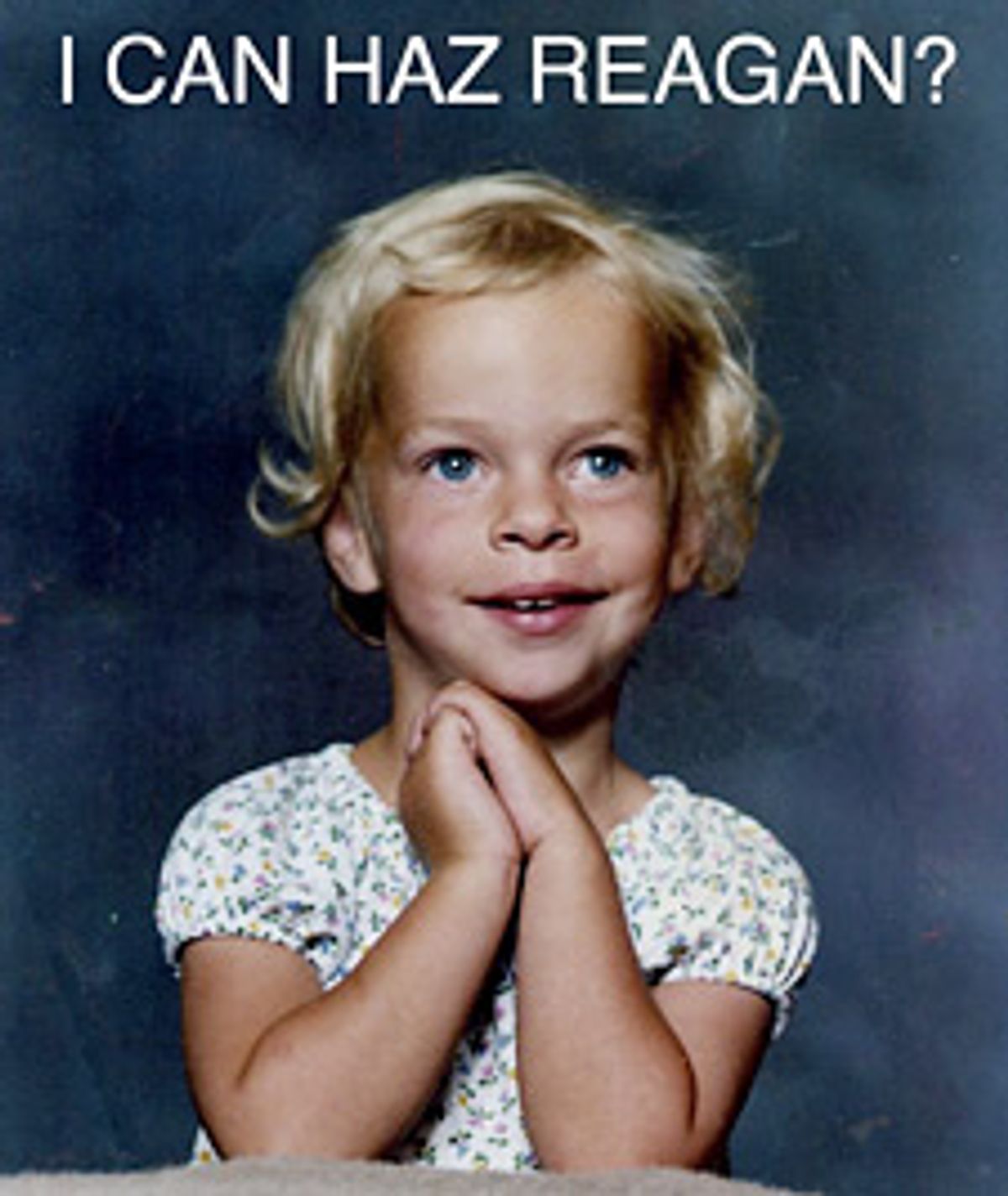 I am on record as being a huge sucker for pictures of politicians with infants, and I've had Yes We Can Hold Babies bookmarked for some time now. So when I saw the headline "Babies for Obama" on Feministing, I eagerly clicked on the video (which came highly recommended by Jessica's ovaries), expecting more of the same. Instead, I got a bunch of Obama endorsements from barely verbal children. Watch for yourself.

Now, the video's cute as hell. And since I am an Obama supporter, I get all mushy imagining these sprogs growing up to be lifelong Democrats who can't remember an America that had never had a black president. The problem is, a bunch of babies saying what their parents told them to say is just that. And it's arguably kind of creepy. As Sarah Hepola put it in an e-mail, "I know everyone else thinks it's cuter than puppies and rainbows, but there's something disturbing to me about children who have no agency parroting a political platform. Like, what if my parents were Hitler fans and there was videotape of me as an adorable toddler, cake on my face, talking about loving Hitler?"

I don't know about Hitler, but I do know that in the first presidential election I can remember, 1980, 5-year-old me openly professed support for Reagan, in keeping with my parents' decision (actual picture of young Kate Harding, at right). If a video of that existed today, it would certainly make me cringe a bit, but it would also make me laugh my ass off. More important, I can't imagine that such a video could ever do the adult me harm, beyond possibly being played at my wedding someday -- in which case, an entire room full of people would laugh their asses off.

The joke, of course, is that despite my parents' best efforts at indoctrination, as soon as I developed a concept of the world beyond our suburban home, I became the flaming liberal you know and love. The Reagan propaganda really, really didn't take. So I'm not too bothered by these little ones endorsing "Bwockobama," or even by pictures and videos of knee-high McCain fans. They've got plenty of time to cultivate their own opinions before they're old enough to vote -- and everybody needs a good embarrassing kid video to play at the wedding.