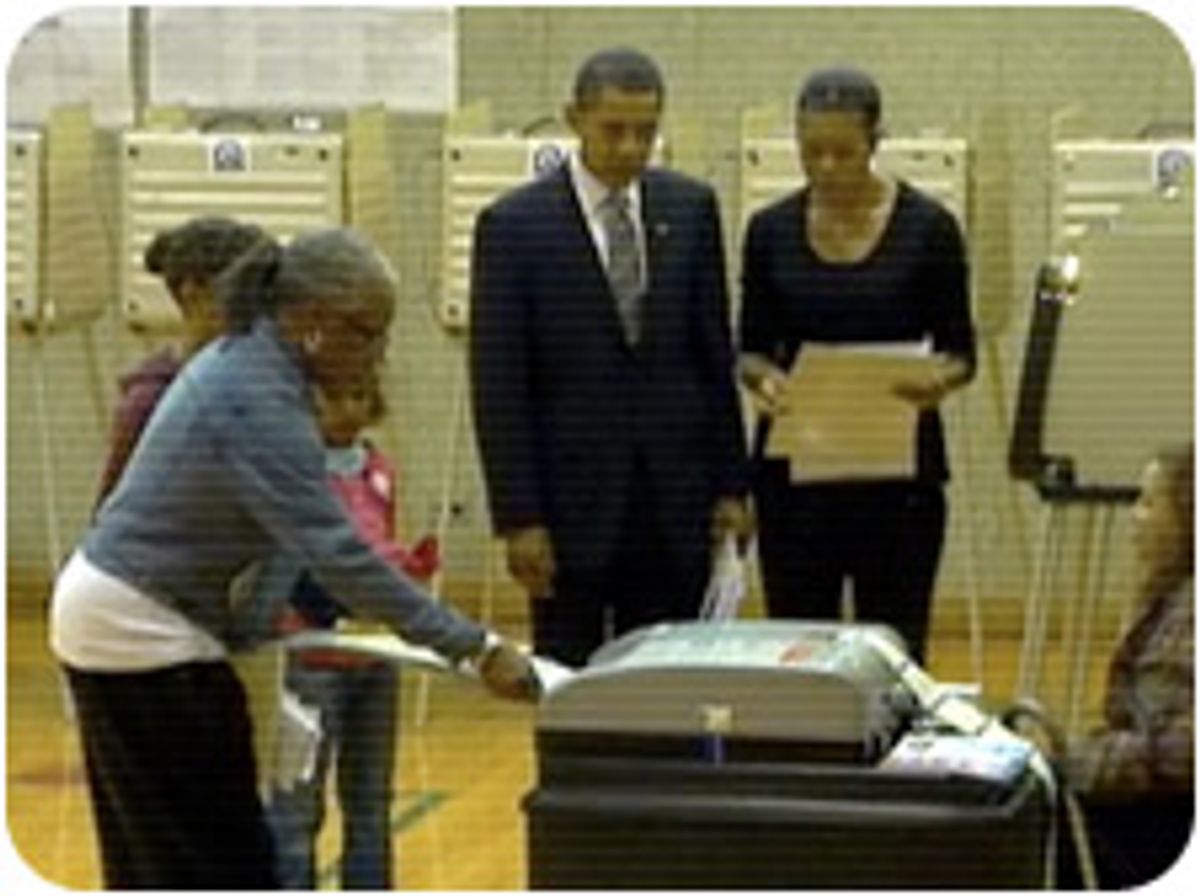 If you're like me, you're going to spend Election Night pretty much glued to the Internet, waiting for news to pop up wherever it might -- on Twitter, blogs, YouTube and, yes, that good ol' stalwart, the mainstream media. Usually I don't watch television, but there are a few instances -- like today -- when I actually do want to watch something like CNN with the graphics, the analysis, the whole shebang. Further, I'm abroad, so it's not like I can simply hop over to my local bar to watch election results (here's a handy map showing when the polls close). So where can I go to watch live coverage online?

CNN is offering live coverage here and here. I've also found CBS's coverage to be working well so far -- as of this writing, CBS has a camera trained (sans commentary) on a gym in Chicago where Obama is voting. (See photo at top.)

Oh yeah, and don't forget about the ever-reliable C-SPAN.

Apparently ABC and MSNBC will be offering live coverage online as well, but I haven't been able to find the respective sites yet.

Alley Insider has a bunch of live feeds from the McCain and Obama camps and some conservative Christian groups as well.

The New York Times has built a neat little election dashboard that updates every two minutes, and Google has gotten in on the action with its own map-based results page.

And finally, of course, there's Salon's own coverage.