How to read the numbers on Election Day

Howard Dean's pollster tells you the five things to look for in early returns Tuesday. 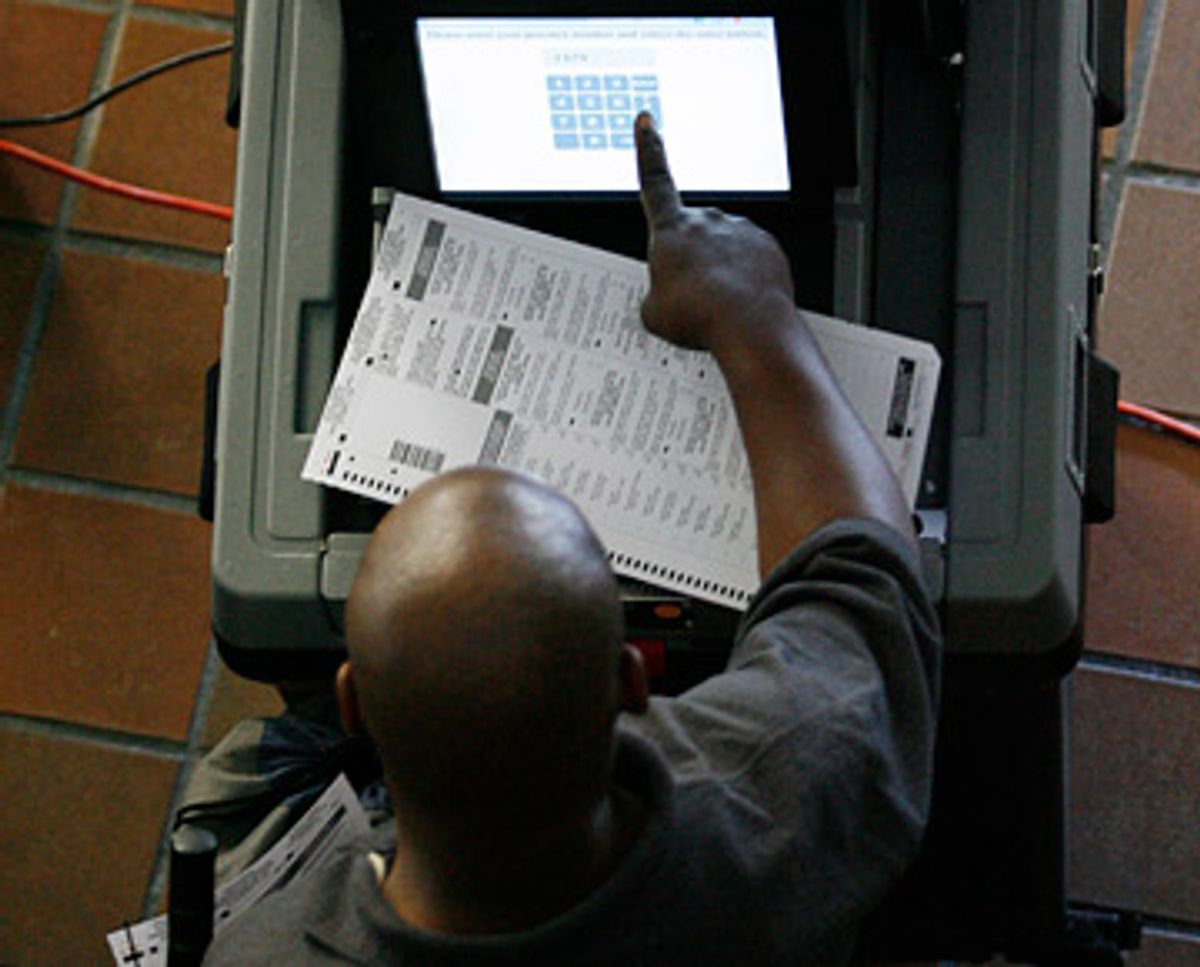 Barring some cataclysmic change in the race's final hours, Tuesday's outcome no longer seems in doubt. What still hangs in the balance is the size and scope of the victory. Do the Democrats bust through, with Obama winning by more than 5 or 6 points -- even double digits, 350 or more electoral votes, and a congressional majority enhanced by more than seven new Senate and 25 new House seats? Or does Obama, as often happened in the primaries, fail to close part of the sale and win by a less impressive margin, say 3 or 4 points, with a later than expected Election Night sweat and less modest increase in his party's congressional ranks?

Here are some things to watch for as the numbers start to come in on Tuesday night.

1) One voter turnout model defines the electorate largely by past voting history, another allows for more young and minority voters than in the past. The latter model clearly helps Obama. Even turnout figures for Eastern states, however, won't be complete till after midnight. The best piece of early evidence among the night's numbers as to which turnout model is more accurate may be Virginia. If Virginia is called for Obama immediately after the polls close at 7 p.m. Eastern, based on both exit polls and key precinct results, then a near double-digit national margin may be possible, fueled by African-American and younger/suburban votes. That would undoubtedly bode well for Obama's chances in North Carolina, Florida and the growing Western states such as Colorado, Nevada and New Mexico.

2) Did the late undecideds break for McCain, whether because of racially based doubts about Obama, or, perhaps more likely, some unwillingness to participate in a coronation -- to "crown his ass," to paraphrase former Arizona Cardinals coach Dennis Green. What if undecideds, realizing that Obama is almost certain to win, decide they want to express some reservations about him? Watch Florida and Ohio, the two linchpin states of the last two elections. If their outcomes are in doubt as the evening progresses, then McCain's late efforts combined with the worries of "undecideds" about Obama may have borne fruit. But while the networks may be reluctant to call these two states quickly, if a clear trend toward the Democrat is emerging in both, it would suggest that the late undecideds did not break toward McCain, and that Obama's national popular vote margin will be comfortable.

3) Just how big was the impact of the economy? If Obama is running several points better than either Al Gore or John Kerry throughout the Rust Belt -- and particularly in more rural or working-class areas such as southern Ohio or southern Indiana, and the "T" that defines the interior portions of Pennsylvania not dominated by the Philadelphia or Pittsburgh media markets -- then obviously economic concerns trumped all others and the linkage of McCain and Bush exceeded any question about Obama's tax policy or redistributive philosophy. But if he is actually trailing the past two Democratic nominees in those areas, and is winning Pennsylvania and perhaps Ohio either by smaller than expected margins or because of huge turnouts in major metropolitan areas, then perhaps the economy was not such a universally powerful weapon.

4) What about the exit polls themselves? Their results in both 2000 and 2004 -- or at least the ones made available throughout Election Day to the inside political community -- seemed more pro-Democratic than the eventual results. One big reason may be greater reluctance or unwillingness on the part of conservative voters to participate in exit polling. Will we be duped or misled by early exit poll readings that suggest a big Obama/Democratic tide?

I think exit polling will be more accurate this year. There have been previous snafus where exit polling failed to properly gauge the impact of early voting, particularly in California, where it has been common for nearly a generation. Until recently the early vote in most states tended to be older and more conservative, meaning the early vote skewed Republican, thus producing one of the factors that led to more bullish same-day exit polls for the Democrats in 2000-04. But the company providing the exit polls this year has expanded the number of states -- based on early voting trends and expansion -- where they supplement the same-day interviewing with a telephone sample of early voters. The "partisan evening" as the practice becomes more widespread, plus the intense Obama effort to promote and produce early voting, should have eliminated much if not all of the bias. In short, we can no longer assume that based on this factor the exit polls will lean more Democratic than the actual vote. This does not, however, address any bias in the response rate that might be introduced by the possible reluctance of conservatives to talk to pollsters.

5) And finally, will Obama break the magical 50 percent mark, becoming the first Democrat since Jimmy Carter to win an actual majority of the votes cast? If the combined vote share for Ralph Nader and Bob Barr is running under 2 percent in the early returns, then it will be very difficult to imagine how Obama will fall short of the 50 percent barrier. And it is not out of the question that he might approach 55 percent, a preposterous thought just a couple of months ago.