Babeland hands out free sex toys for people who voted, and we are so there. 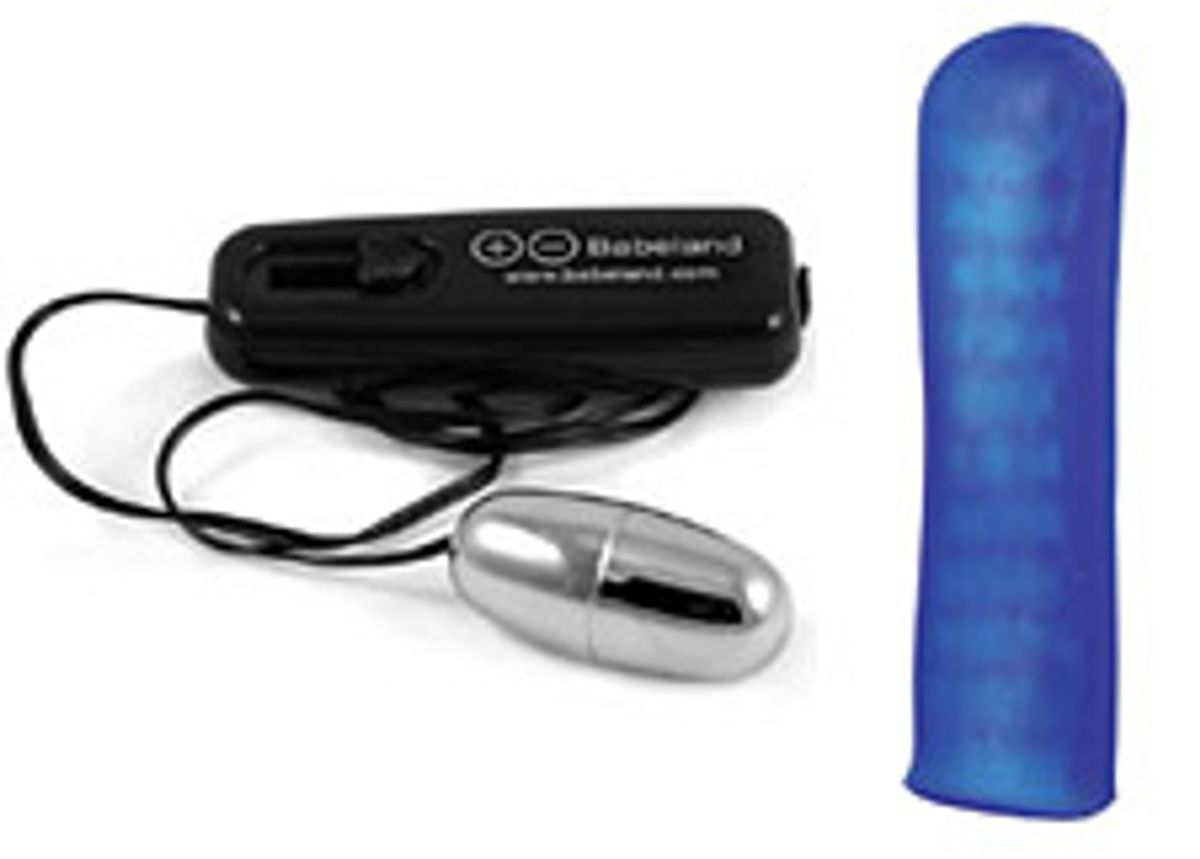 Among the many things Americans should celebrate today -- the strength of our democracy, the chance to change the spiraling trajectory of our country, new leadership -- here is one that may have slipped past your radar: Babeland is giving away free sex toys to people who vote.

That's right: Free! Sex! Toys! Which could only mean one thing: I had to go there.

"How many of these have you given out today?" I asked.

Mary checked her clicker by the register -- "46," she said. Not bad for a Tuesday. They'd opened at noon.

"There's been so much anxiety about this election," says Babeland P.R. manager Pamela Doan, when I call her on the phone. "This is a fun and friendly way to celebrate, and it has a clever twist."

That twist, in case you hadn't guessed, has to do with the (ahem) bipartisan sex toys being handed out: For men, there is the Maverick (yes, that's the product's real name!), a rubbery blue penis sleeve designed for self-pleasuring and described on the Web site like this: "The cushy, soft elastomer sleeve fits snugly on virtually anyone, while nubby tendrils lining the inside stroke every inch of your cock." (Retail value: $20.) For women, there is the silver bullet, a wire-and-battery-operated vibrator that I've never particularly been crazy about but that some women swear by. (Retail value: $13.) All you have to do is say that you voted, and you get one. If they run out, they'll give you a rain check. How's that for spreading the wealth?

"The response has been overwhelming," says Doan. The Soho store opened at 11 a.m., and within one hour had given away 50 sex toys. "It's like a party in there right now," she said. Doan's in box has been flooded with requests from other states (Babeland is located only in New York and Seattle). "People are sending me pictures of their ballots, asking if they can get free sex toys, too."

Who can blame them? People like their sex toys! And by the way, in a sign of change, Babeland has yet to receive any blow-back or complaints about its giveaway, but has, instead, received generous national press alongside other chain stores handing out free stuff, like Starbucks and Krispy Kreme.