With Ohio's electoral votes and victories in California, Hawaii and Washington assured, Salon projects that Barack Obama has won the presidency. 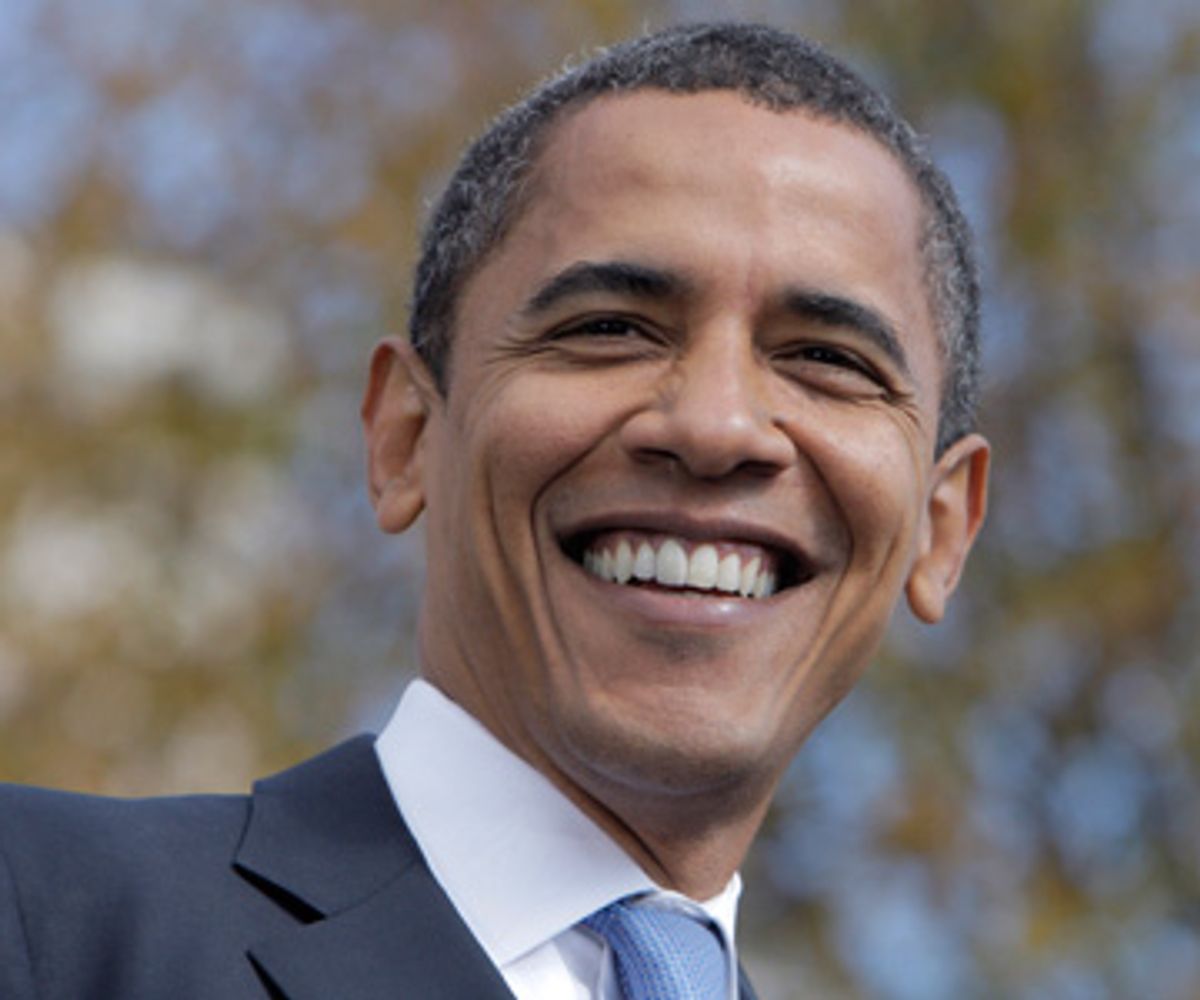 Democratic presidential candidate Barack Obama smiles as he addresses supporters at a rally in Denver, Oct. 26, 2008.

After his win in Ohio, and with victories in blue states like California assured, Salon is ready to project that Barack Obama will be the next president of the United States.

As the election currently stands -- and assuming the calls on Ohio and Pennsylvania hold up -- Obama has 207 Electoral College votes, 63 short of the 270 needed for victory. But with California's 55 votes sure to follow, along with Hawaii's four votes and Washington's 11, it's now clear that Obama will get to the magic number and win the presidency.