Thirteen books that changed America, music for an overcast day -- and a satirical look at racists in a President Obama world. 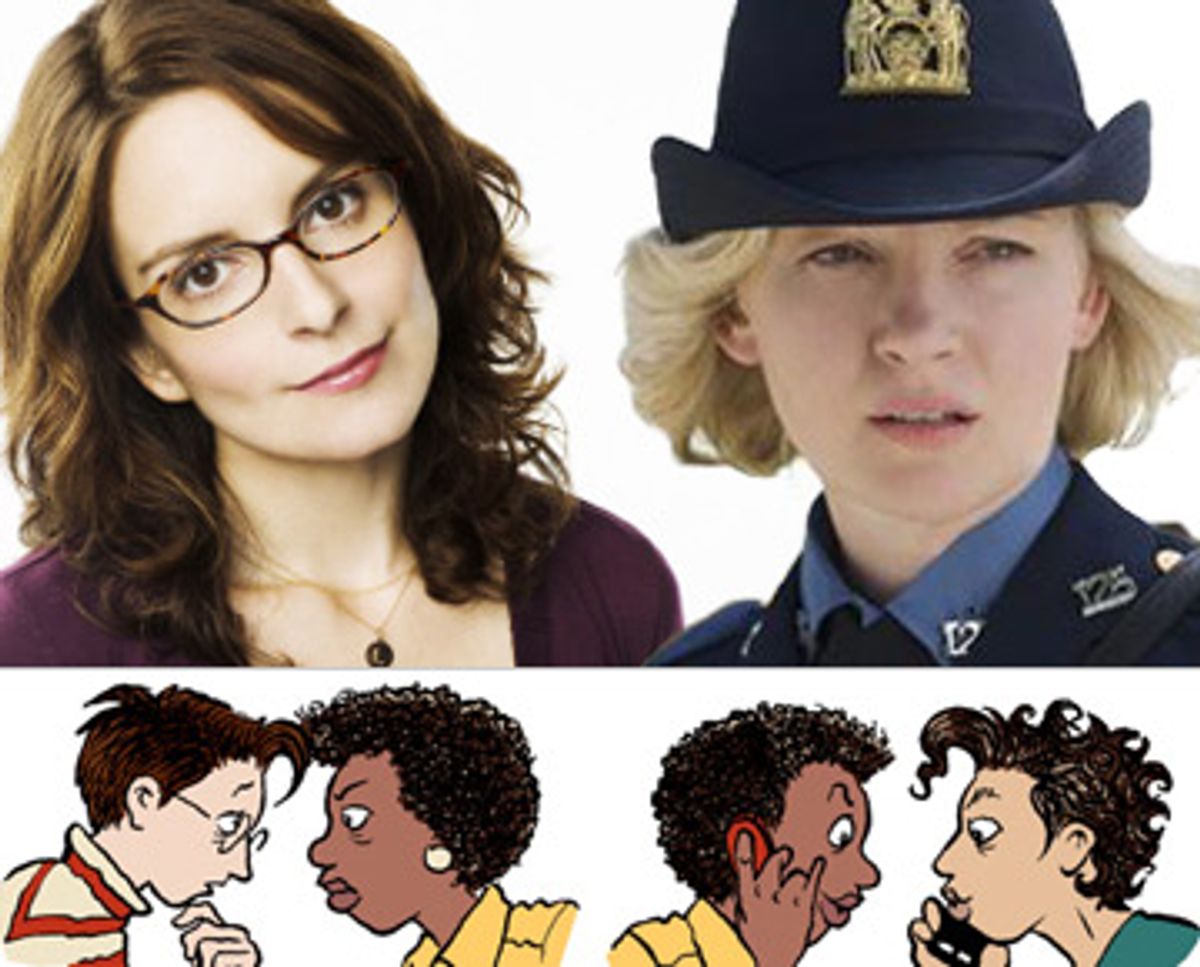 "Racism Ends Forever" on YouTube
With the election over, there's a new sector of the economy in trouble. What will we do with the poor souls who spent months making election-related videos in the hope that they'd get lucky and one of their creations would go viral? Fortunately, there's a small window left for post-election videos, and everyone's doing their best to capitalize; there have even been some really good ones. Personally, I like LandlineTV's "Racism Ends Forever," which imagines a world in which the Ku Klux Klan has given up racism and turned to bird-watching. It manages to skewer both racism and the overblown pronouncements about what Barack Obama's victory will mean at the same time. -- Alex Koppelman

Arthur Russell's "Love Is Overtaking Me"
Vocalist, cellist, experimental musician, disco entrepreneur, downtown scene collaborator -- Arthur Russell had an obscure and eclectic but star-studded career until he died of AIDS, at 40, in 1992. But few knew that there was yet another Arthur Russell, a singer/songwriter whose delicate group of surprisingly tender country-flavored tunes, "Love Has Overtaken Me," appears 16 years after his death. Leaving Iowa at 18, he played cello with Allen Ginsberg and, after moving to New York in the '70s, with Philip Glass and David Byrne. After producing the garage classic "Is It All Over My Face?" Russell headed the dance label Sleeping Bag Records and recorded atmospheric cello-and-voice electronica under his own name. Over the years, his lover, Tom Lee, has gradually been releasing Russell's output to great buzz and acclaim. Russell's music has appeared in commercials, and a biography and a documentary are on the way. "Love Has Overtaken Me" represents a trove of dreamy, DIY love songs that prefigure the alt-country craze of the late '90s, arriving at soft-rock ends through Lou Reed means. Russell's vocals mix cowboy courage with shaky vulnerability, but his sincerity isn't forced. In fact, the best songs combine his least technical singing with the most direct sentiments, like "Nobody Wants a Lonely Heart" and, poignantly, "Don't Forget About Me." -- James Hannaham

"Promised Land: Thirteen Books that Changed America" by Jay Parini
A list provokes as much by what it excludes as by what it includes. So anyone coming to Jay Parini's "Promised Land: Thirteen Books that Changed America" is bound to notice the titles that didn't make the cut. No "Great Gatsby"? No "Grapes of Wrath"? No "Leaves of Grass"? Fortunately, Parini makes thoughtful and well-reasoned arguments for the books he has included, some of which are expected ("Uncle Tom's Cabin," "Huckleberry Finn") and some of which are both surprising and right (Dale Carnegie, Dr. Spock). Parini's prose isn't the liveliest, and his readings are more synoptic than transformative, but this is a useful and wide-ranging guide to the American folk-soul, even as it enters its next incarnation. -- Louis Bayard

"Six in Paris" on DVD
Was this the genesis of "indie film"? In 1965, with critics and audiences claiming that the French New Wave had run out of gas, 24-year-old Parisian producer and actor Barbet Schroeder (who would later direct "Barfly" and "Reversal of Fortune") assembled the movement's leading lights for a "manifesto film" -- an anthology of six no-budget tales shot on 16 mm film with direct sound and nonprofessional actors, each one capturing a different Parisian neighborhood. "Six in Paris" ("Paris as Seen By ..." in French) is a mixed bag, and few of the films follow Schroeder's rules rigorously. The biggest names didn't always produce the best results: Jean-Luc Godard's "Montparnasse and Levallois" is an elaborate gag about a young woman who mixes up love notes to her two boyfriends, while Eric Rohmer's "Place de L'Étoile" is a trivial fable about a nonentity salesman. But "Rue Saint-Denis," by the unjustly forgotten Jean-Daniel Pollet, is a Chaplinesque mini-masterpiece about a hard-boiled hooker and her recalcitrant john, and Jean Rouch's "Gare du Nord" (with Schroeder as a henpecked husband) is an invigorating one-shot, one-take experiment. Finally available on DVD from New Yorker, "Six in Paris" is a café au lait-stained postcard from a vanished Parisian bohemia. -- Andrew O'Hehir

The Rosebuds' "Life Like"
North Carolina rock band the Rosebuds write lush, melancholy music for an overcast day. Featuring minor chords, dark lyrics and a driving beat that land their sound in some eerie space between the Church and Versus, the band's fourth album in five years is undeniably impressive and sonically diverse. Sometimes their songs feel like a flashback to the indie rock of the mid-'90s ("Cape Fear"), bounce along like a slightly perkier Calexico ("Border Guards") or lean on a scrappy chorus like an ill-tempered David Karsten Daniels ("Nice Fox"). Most of all, the Rosebuds make music that plays well in the foreground or the background, the soundtrack for a moody day spent alone, in an empty house. -- Heather Havrilesky

"The Serial Garden: The Complete Armitage Family Stories" by Joan Aiken
Throughout her life, Aiken, one of the 20th century's greatest authors of children's fiction, wrote stories about the Armitage family: a mother, father, sister and brother whose lives in a rural British village are routinely disrupted by magic -- mostly on Mondays. Unicorns overrun the garden, the Board of Incantation attempts to requisition their house for a school for wizards, and the annoying kids next door get turned into sheep. The delicious unflappability of the parents is one of the most amusing aspects of these tales. Mrs. Armitage barely looks up from her knitting when her husband observes that the two children are riding broomsticks in the backyard: "I think it's much better for them to get that sort of thing out of their systems when they're small." Buy it to read to your kids, and you'll find yourself sneaking tastes on the sly; a little Aiken is a fine thing to have in your system at any age. -- Laura Miller