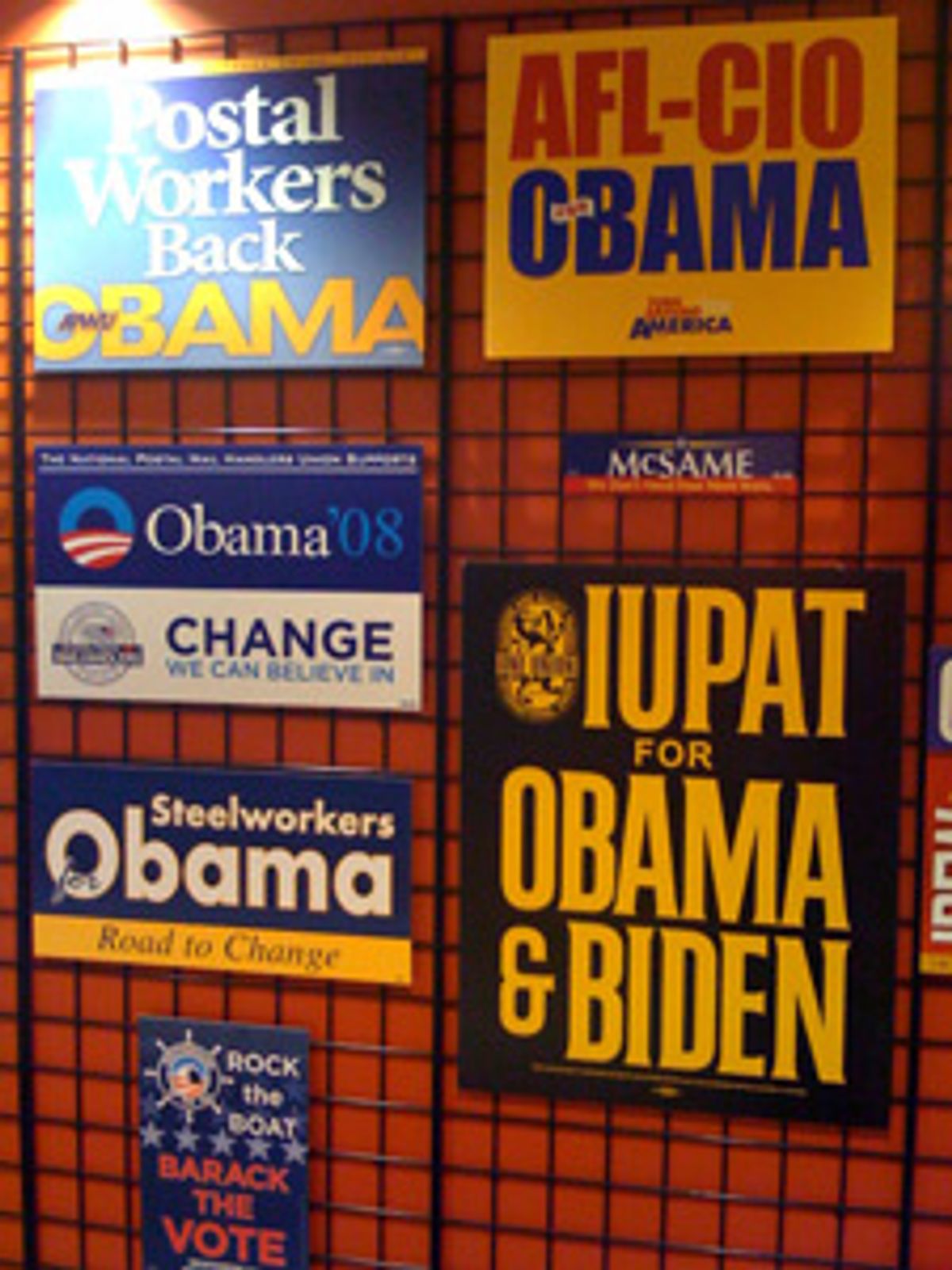 Last Tuesday night when the state of Ohio was called for Barack Obama, effectively ending the 2008 presidential race, I was standing in the AFL-CIO's national headquarters on 16th Street in Washington, just steps away from Lafayette Park and the White House, which soon will be occupied by a man labor's effort helped send there.

Bob Borosage, head of the Campaign for America's Future, was in good spirits. "This victory means labor can stop trying to prevent bad things from happening to American workers and start spending its resources making good things happen." A few feet away stood Karen Ackerman, the AFL-CIO's political director, who helped coordinate the $54 million budget for the AFL-CIO as well an $18 million budget for Working America, who stepped outside the union's headquarters to chat briefly.

"All told, in all the battleground states, Senate and presidential, we were talking to 13 million union voters," Ackerman said, noting that they also worked 70 House and governors races. "The demographic of union members or AFL-CIO members is often older white guys. These folks were the hardest folks to reach. We knew early on that we needed to reach them and make sure that they knew exactly who John McCain is, and what he represents in terms of the same economic policies of the Bush administraiton, and give them a comfort level with Barack Obama. And that's really what the campaign was about."

Courtesy of Tula Connell at the AFL-CIO, here is the rundown on labor's impact on campaign 2008: