Rebel without a badge

As "The Shield" goes into its heart-stopping homestretch, Vic Mackey careens toward a final day of reckoning. 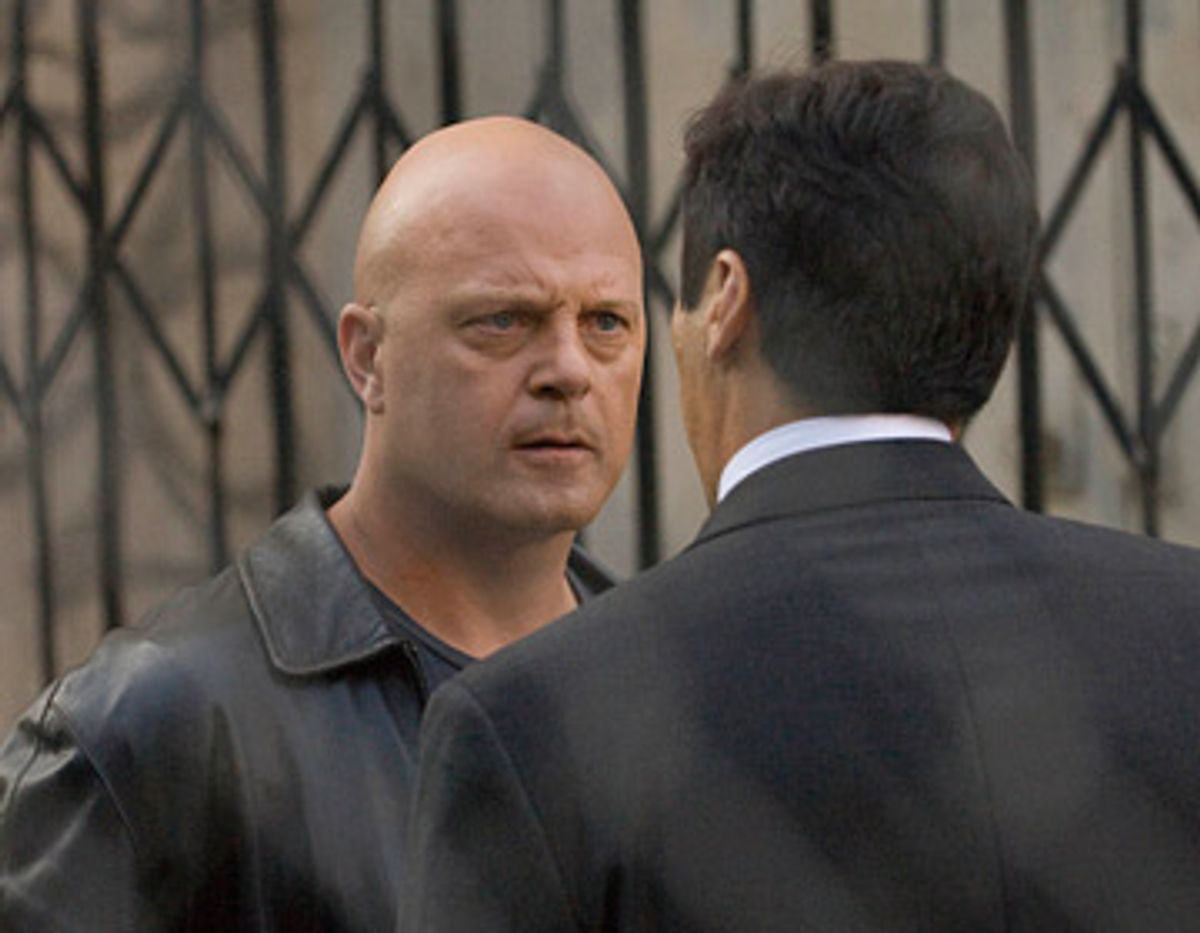 I want Vic Mackey to live happily ever after. I'm sure that doesn't reflect well on the strength of my moral fiber -- wanting a lying, murdering, double-dealing cop like "The Shield's" Mackey to escape prosecution, shame and/or an untimely death. But after seven electrifying seasons of FX's suspenseful cop drama, I find myself hoping against hope that, in one last burst of brilliant scheming and strategizing, Mackey will somehow manage to play all of his allies and enemies against each other and emerge unscathed. In spite of his long history of abusing power, his big, messy mistakes, his corruption, his arrogance, his temper, his shortsightedness and his disturbing tendency to play the controlling, mean daddy to female victims, I still want him to pull off his biggest manipulation of all, then slip over the Mexican border and spend the balance of his days sipping margaritas in some sleepy beachside village, flanked by sexy señoritas, staring out at the lapping blue waves of the Pacific.

But let's face it, even Vic Mackey (Michael Chiklis) doesn't want to go out like that. If any TV character has ever been less likely to face eternity like Tony Soprano, listening to Journey and munching on onion rings, it's Mackey. And that's not to mention the writers of "The Shield" (10 p.m. Tuesdays on FX), who don't exactly specialize in subtle brush strokes and weighty, reflective moments. This is a writing team that favors bloody sabotage, budding teenage serial murderers and the occasional hand grenade to the face, and they're uniquely qualified to make all the nail-biting and sweaty palms of the past seven seasons pay off. At the very least, we can count on them to leave us in shock, not thinking "Did my cable just get disconnected?" but "Sweet Jesus, that was a heavy!"

Yes, I'm preparing myself -- like most loyal viewers -- to see Mackey go down, big time. After watching this guy wriggle his way out of hundreds of complicated, combustible situations over the years, we're going to have to resign ourselves to watching all of Mackey's plans -- to dodge prosecution, to keep his family safe, to find a new livelihood outside of the force -- finally unravel. Even in these last few episodes, as Mackey scrambles to hunt down and kill his prodigal son, Shane (Walton Goggins), he's starting to veer off the map, even for him. Yes, it's crucial to keep Shane from exposing every illegal move by Mackey's Strike Team, from fellow cop Terry's death to the Armenian money train (in which Mackey and the boys unburdened the Armenian mob of millions of dollars). Yes, it's true that Shane could try to have Mackey killed again. (Shane and his family have been on the lam since his first botched attempt.) But Mackey is going renegade like never before. He even seems ready to kill Shane's wife, Mara (Michele Hicks), and their young son, Jackson, if necessary. He doesn't have time to stop and consult his (albeit typically malfunctioning) moral compass.

There are so many different chess pieces in play at this point, sometimes it's tough to keep up. Mackey is manipulating his longtime enemy, councilman David Aceveda (Benito Martinez), his ex-wife, Corinne (Cathy Cahlin Ryan), FBI agent Olivia Murray (Laurie Holden), the Mexican drug cartel, fellow Strike Team loyalist Ronnie (David Rees Snell), his former boss detective Claudette Wyms (CCH Pounder) -- the list goes on and on. But Mackey is so good at what he does -- double-dealing, backtracking, using whatever he can as leverage against anyone with any power, rethinking his plan, recalibrating his approach. No other TV drama has come close to plotting out this level of sophisticated maneuvering. And how can you not cheer the guy on, when he's the absolute puppet master, a high-stakes gambler so agile and intimidating, so capable of changing his tone or his tactics on a dime, depending on his instincts about what each player in this tangled mess is capable of, that it's exhilarating to watch him in action?

As we pull into the breathtaking homestretch of this final season, Mackey's game may be compromised by one big, unforeseen wild card: Corinne has agreed to collaborate with Dutch and Claudette to nail Mackey to the wall. Mackey may be determined to punish Shane for murdering fellow Strike Team member Lem, but his plans for vengeance are just one part of a powder keg of longtime grudges in play -- Claudette is determined to take Mackey down after years and years of being forced to tolerate a corrupt cop in her midst; Aceveda is anxious to get Mackey out of his hair and to cover his own ass and keep his political career viable; and Corinne is resolved to get her family free of Mackey and his dangerous ways for good. Mackey's blindness to Corinne's betrayal may be the spark that makes this whole thing go up in smoke.

Which would only make sense, since Corinne's mixed feelings about Mackey have always brought a flavor of resigned codependence to the series. Corinne wants Mackey to stay out of her private life, but she's always relied on him, financially, for protection, for emotional support, for help when trouble arises with their kids. She clearly wants her children to know their father and to be disciplined and guided by him. Corinne almost seems to symbolize the public at large, helpless and unprotected in the face of nefarious criminal forces, and willing to accept some ethical lapses for the sake of the greater good. Even so, when Shane's wife, Mara, reveals that Mackey killed fellow cop Terry and was involved in countless illegal acts, Corinne finally decides she wants out of Mackey's scheming once and for all.

But it's hard to imagine that Mackey's downfall won't blow back on Corinne in some way, and the same holds true for Claudette: Even if Claudette sees Mackey get his comeuppance, some element of his destruction seems likely to pull her down as well. Not only would it be out of character for Claudette to purely delight in Mackey's downfall (she's a compassionate person who doesn't always seem to enjoy even her biggest victories), but she has serious health issues and a less than rabidly gung-ho vision of her role in law enforcement. Somehow, at the very least, Claudette seems likely to emerge disillusioned and worse for the wear thanks to her reckless pursuit of Mackey.

Will anyone come out of this final season in one piece? With so many volatile deals and ancient grudges and lies in the mix, with international drug lords and highly trained criminals and a confused ex-wife and a vengeful former partner and a nervous politician in play, we're bound to count more than one casualty once the dust settles.

And as much as I want Mackey to pull off one last, brilliant chess move, something tells me his final gambit is going to fail, and it's going to be brutal. This bad man's entire life is about to explode right in his face, and you can bet there won't be '80s pop playing when it does.