The drug- and homeless-infested city portrayed in a Fox report shows what the whole country will become under Obama. 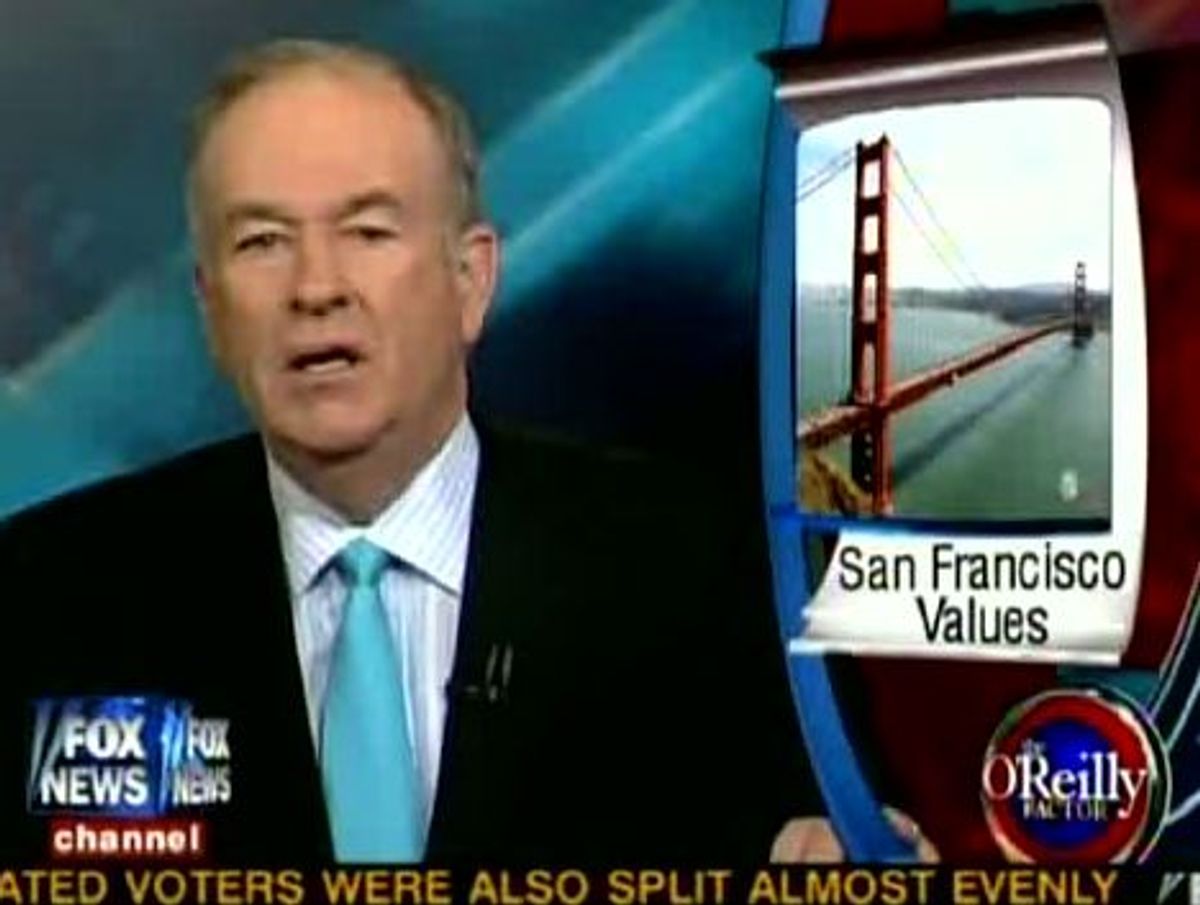 Here in San Francisco, the lines to buy pot at our many neighborhood cannabis clubs are even longer than the lines to vote for socialist Barack Obama were on Nov. 4.

Homeless people, high on drugs, freely roam the streets, escorted by police officers who know everyone by first name and distribute special Cracker Jacks with actual crack as the prize.

If you think I'm kidding, then you haven't seen this segment from Bill O'Reilly's show, which was first spotted by the Huffington Post. Yes, people, Bill wants his viewers to know what Obama is going to do to the country. He's going to destroy "traditional America" and turn it into "secular progressive America" -- just like San Francisco, the capital of drugs, homeless, hippies and degenerates of all shapes and sizes.

Unfortunately, as hilarious as it is to see O'Reilly's contorted Reefer Madness vision of San Francisco, it's also offensive. Fox used blacks and Latinos, transgenders and gays, and poor people to represent the progressive Obama nightmare that his "radical left" government is supposedly going to unleash. And the good "traditional" America? Yup, white mothers with strollers.

Right-wing San Francisco-bashing is hardly new or even notable. But O'Reilly has taken it to new extremes of paranoia in this little production. You gotta see this for yourself.