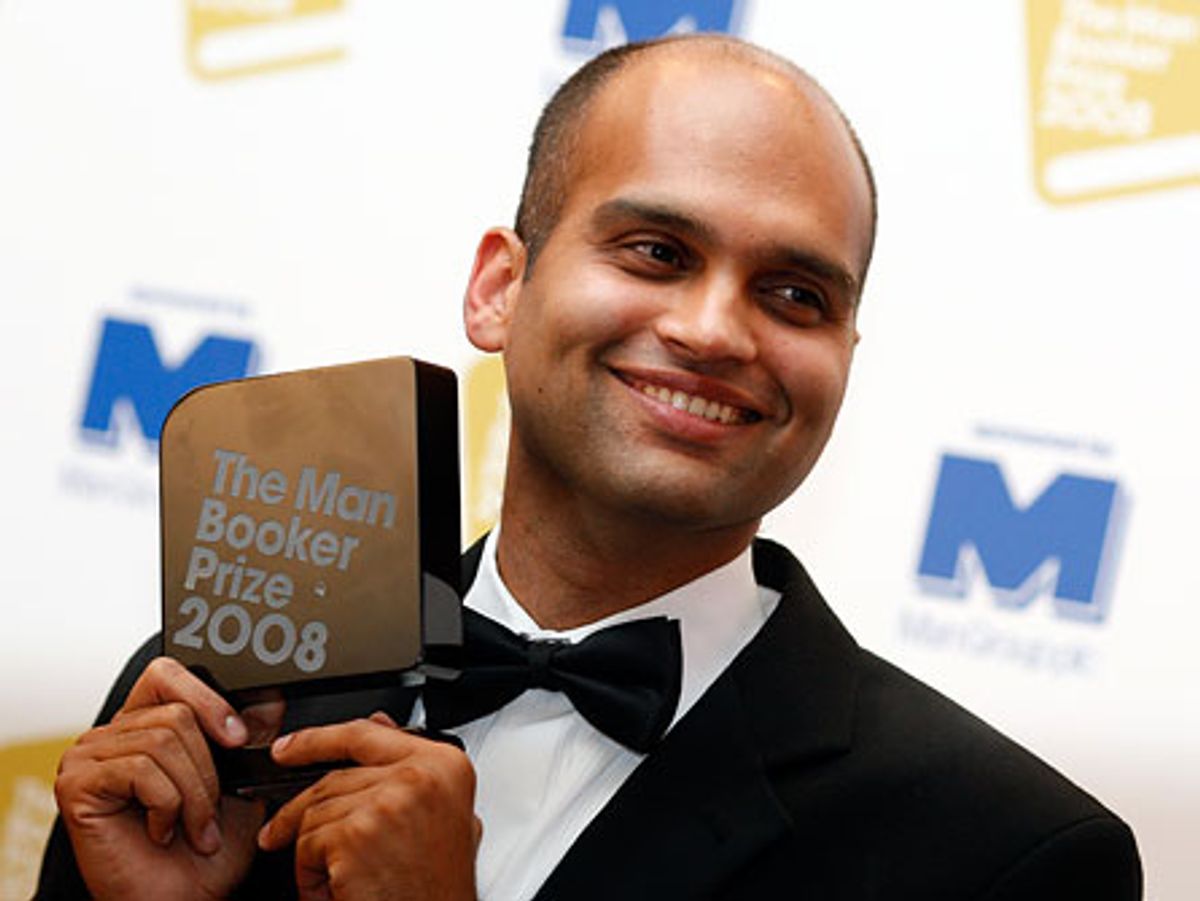 Aravind Adiga looked adorable holding up his award, grinning wildly. OK, so it wasn't an Oscar or even an Emmy -- it was this year's Man Booker Prize, the esteemed British award for best novel of the year. But to win for his first novel, at the age of 33! And not just any novel but a dark, rollicking tale of toxic modern India called "White Tiger," about an ambitious poor kid from the sticks who lies and bludgeons his way to riches.

The literary world isn't exactly bursting with eye candy -- writers usually win us over with well-chosen words rather than hotness. But Adiga, now 34, scores both ways, an appealing mix of erudite and debonair, with his closely shorn hair and dark, dreamy eyes. The son of a doctor from the south of India, he says he became a journalist (at Time magazine in Asia) in order to travel and encounter people who were unlike him. As he told one newspaper, "I spent a lot of time hanging around stations and talking to rickshaw pullers." Critics have accused him of being a "literary tourist ventriloquizing others' suffering," and Adiga doesn't deny being resolutely middle-class: His book is a work of imagination as he looks at India's so-called economic miracle and calls bullshit on the boom-time fantasy of class mobility.

It takes chutzpah to try to wring humor from chaos and corruption, but Adiga seems charmingly unassuming about it all. After winning the Booker, he joked that his most pressing problem is that Mumbai landlords won't rent apartments to single guys. Why? "They think we're more likely to be terrorists."