A powerhouse actor who happens to be off-the-charts attractive, not to mention real. 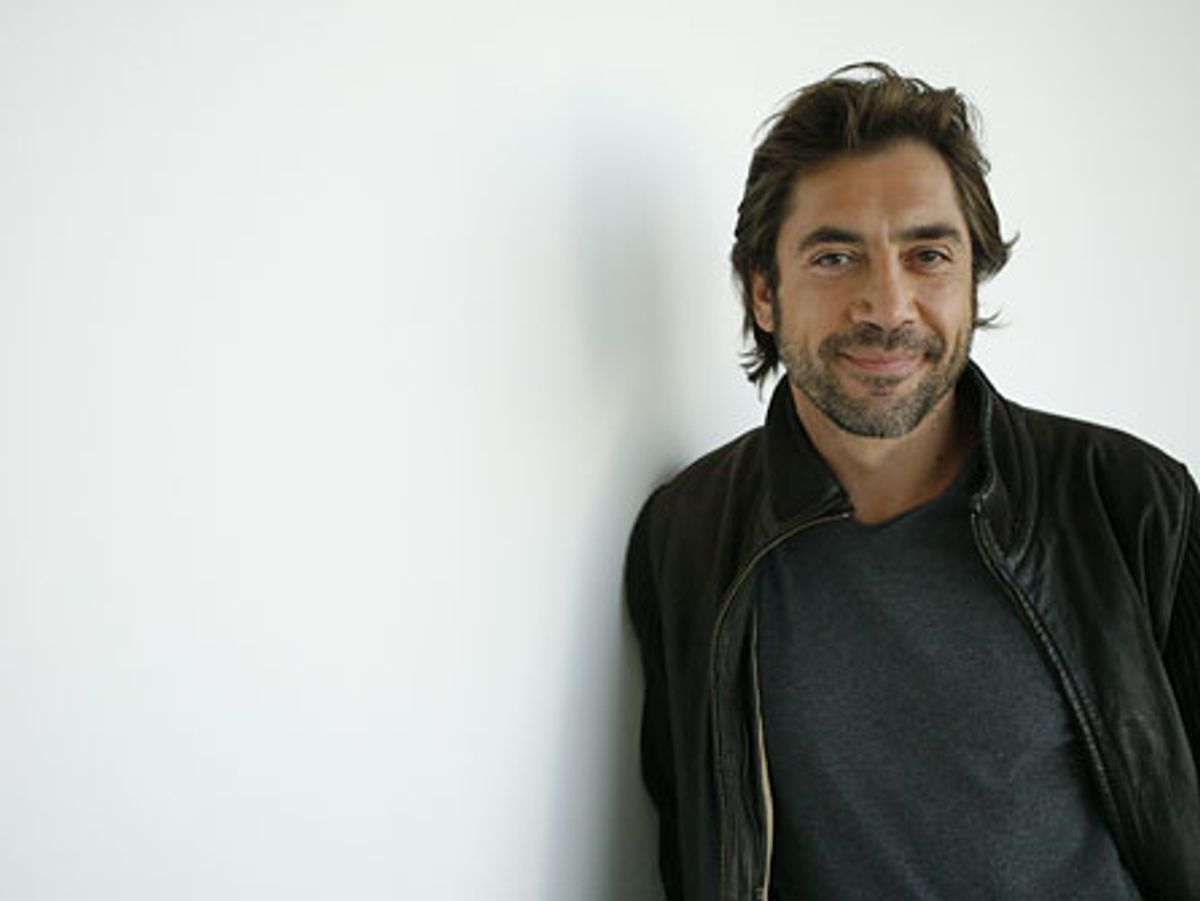 Not too many psychopathic killers in pageboys could make us think, "I'd hit that." But Javier Bardem makes even blood baths and bad hair days look good. And he really closed the deal for us when, accepting the Oscar for the role of Anton Chigurh in "No Country for Old Men," he graciously thanked his mama, in his native Spanish.

It was in Spain that the 39-year-old actor first gained fame, racking up a long string of hits before scoring in the U.S. as the gay Cuban author Reinaldo Arenas in "Before Night Falls." With his purring accent and broody good looks, Bardem has, in the last few years, carved out his own niche as the romantic Latin leading man, in films like "Love in the Time of Cholera" and "Vicky Cristina Barcelona." While the sight of him shirtless, in bed, isn't getting old any time soon, he's never been content to coast on his charm. He's also stretched himself as an actor, playing a paraplegic fighting for the right to die with dignity in "The Sea Inside" and a quietly menacing kingpin in "Collateral."

But aside from the fact that he's a powerhouse actor who happens to be truly, ridiculously, off-the-charts attractive, we probably wouldn't like him as much if he didn't seem so earthy and real. No regular pretty boy would shrug and say, "We actors always say how difficult and physically demanding a role was. But give me a break, it's only a movie." And in an era when machismo is still in style, how can we not love a guy who's effortlessly embraced both gay and straight roles, who responded to Spain's ban on same-sex marriage by saying that if he were homosexual, he'd get married tomorrow "just to fuck with the church"? It takes a good actor to work with the likes of Michael Mann and Woody Allen. It takes a good-looking one to get on the cover of Esquire, twice. But it takes a real man to be confident enough in his sexuality that he can let others do as they please. And that is very, very sexy.