He's the brainy, tongue-tied movie star who's cleaning up as his generation's John Cusack. 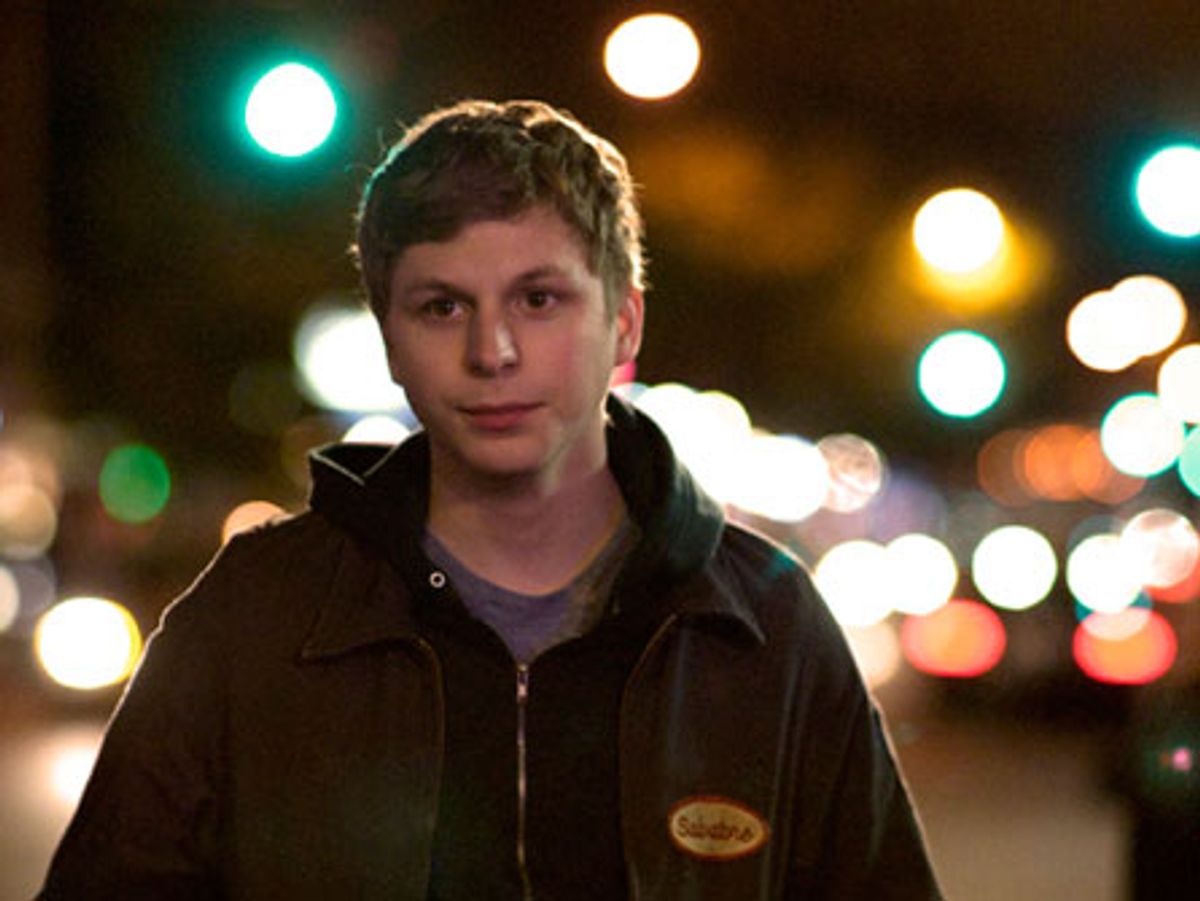 As George Michael Bluth on "Arrested Development," the Canadian actor was a shy, infinitely droll oasis of reasonable sanity in a family possibly crazier than even yours or mine. Yet in that menagerie of eccentricity, he also managed to be just as funny as any of his more colorful scene-stealers. In his breakthrough films "Superbad" and "Juno" and in his latest, "Nick and Nora's Infinite Playlist," Cera has continued to play, with often mortifying credibility, the tongue-tied, brainy high school boyfriend we only wish we'd had. No wonder he's cleaning up as his generation's John Cusack.

While we could be forgiven for confusing the actor with his lovable characters, we don't confine our admiration of Cera to his roles. We're sweet on him for douching it up in his video-résumé parody "Impossible Is the Opposite of Possible," for being half of the squirmingly hilarious "Clark and Michael," for tinkering around in his band, the Long Goodbye, and for generally displaying a bottomless capacity to do anything to make us laugh.

His laid-back veneer may disarm us, but there's a damn good reason his films have grossed over $500,000,000 worldwide. He's really not a dweeb; at the tender age of 20, he's a bona fide movie star. Self-deprecatingly witty, he's also a reliably nuanced and believable actor, capturing the longing and intelligence and spark of his generation. He's the one who gets the girl, who is solid and kind and athletic and strong, and also, it should be noted, "great ... in chair." We're not just smitten. Michael Cera, we're seduced.