A Renaissance man with a tireless work ethic, an aesthetic in the kitchen and piercing blue eyes. 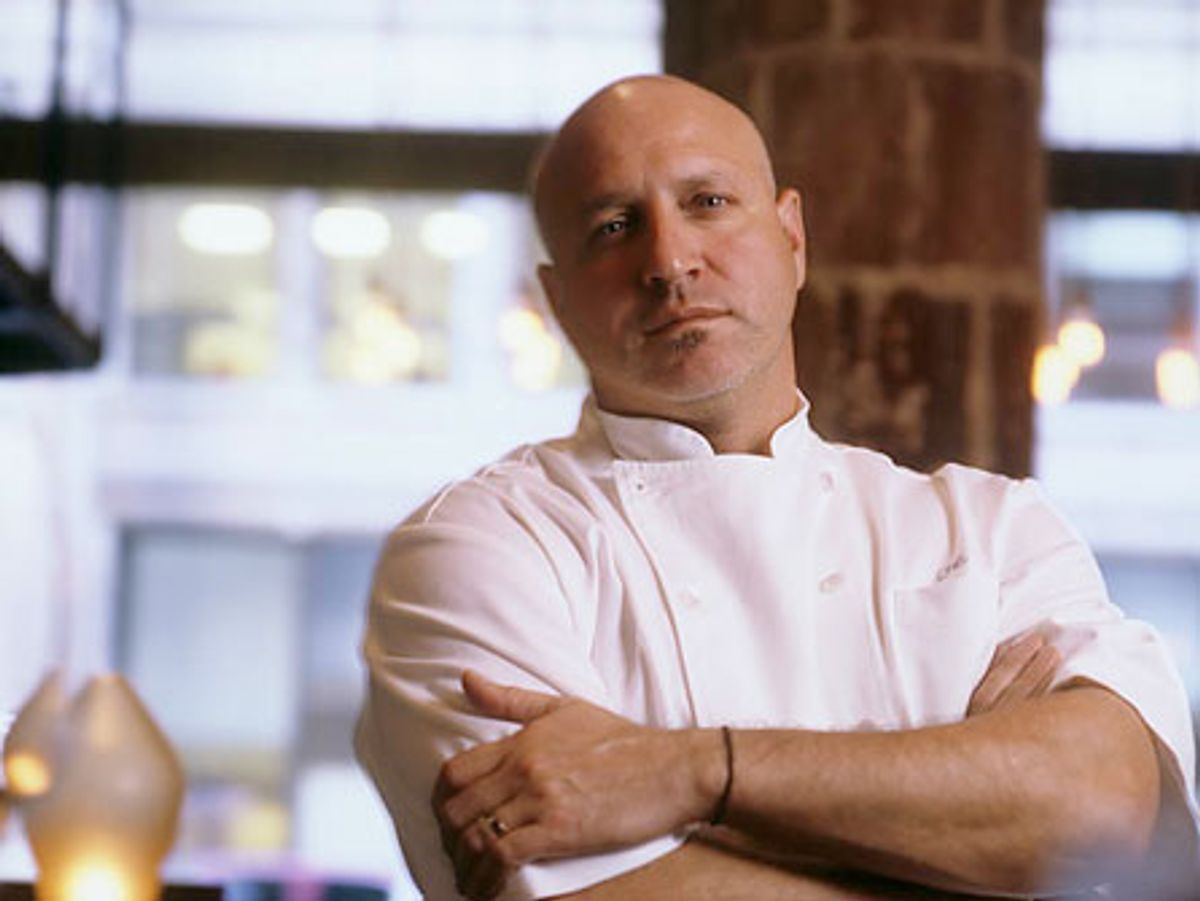 It takes a serious boldness to stand out as "sexy" -- to stand out at all -- when you're next to a gazelle like Padma Lakshmi. But Tom Colicchio, host and mentor on Bravo's "Top Chef" (quickly becoming the prestige reality series to beat, now that "Project Runway" has caved into bitchery and predictability), does just that every Wednesday night. Perhaps his charm can be attributed to everything Colicchio is not: He is not an overnight sensation; he is not a chef who got his big break on television; he is not a diva, an exhausting people pleaser, a preening camera hog. He is a chef with an aesthetic and tireless work ethic who has succeeded largely based on his talent in the kitchen. It doesn't hurt his standout factor that he shaves his head bald and has some of the most piercing blue eyes this side of Frank Sinatra. Just saying.

It has become something of a wink-wink that Colicchio, 46, is a "bear" -- a man beloved in the gay community for his burliness -- but in person, Colicchio is not chubby so much as sturdy, strong, built in the most virile, masculine way. Other celebrity chefs (a title that Colicchio loathes) are fabled for their gimmicks (Emeril), their girth (Batali), their playful cockiness (Flay), their adventurousness (Bourdain), but Colicchio is something different -- a Renaissance man. His food -- at the fabled Gramercy Tavern and at the Craft series of restaurants -- bears the hallmarks of a man who has read, traveled, loved, failed (perhaps less than he succeeded), studied his craft and had the good sense to play to his strengths. It's this hard-won, immensely appealing wisdom that he brings to his role as mentor on "Top Chef," a show that could be infinitely more crass and bottom-scraping than it is. Watching the show, you get the rare sense that Colicchio isn't playing to the camera; he is playing to the contestants, the cooks themselves. The camera is there, and he collects a paycheck, and the rest, frankly, is just parsley on a plate. (And by the way, he would never just put parsley on a plate.)