A do-gooder who fights for civil rights and the environment -- and looks like he wandered straight off a Ralph Lauren shoot. 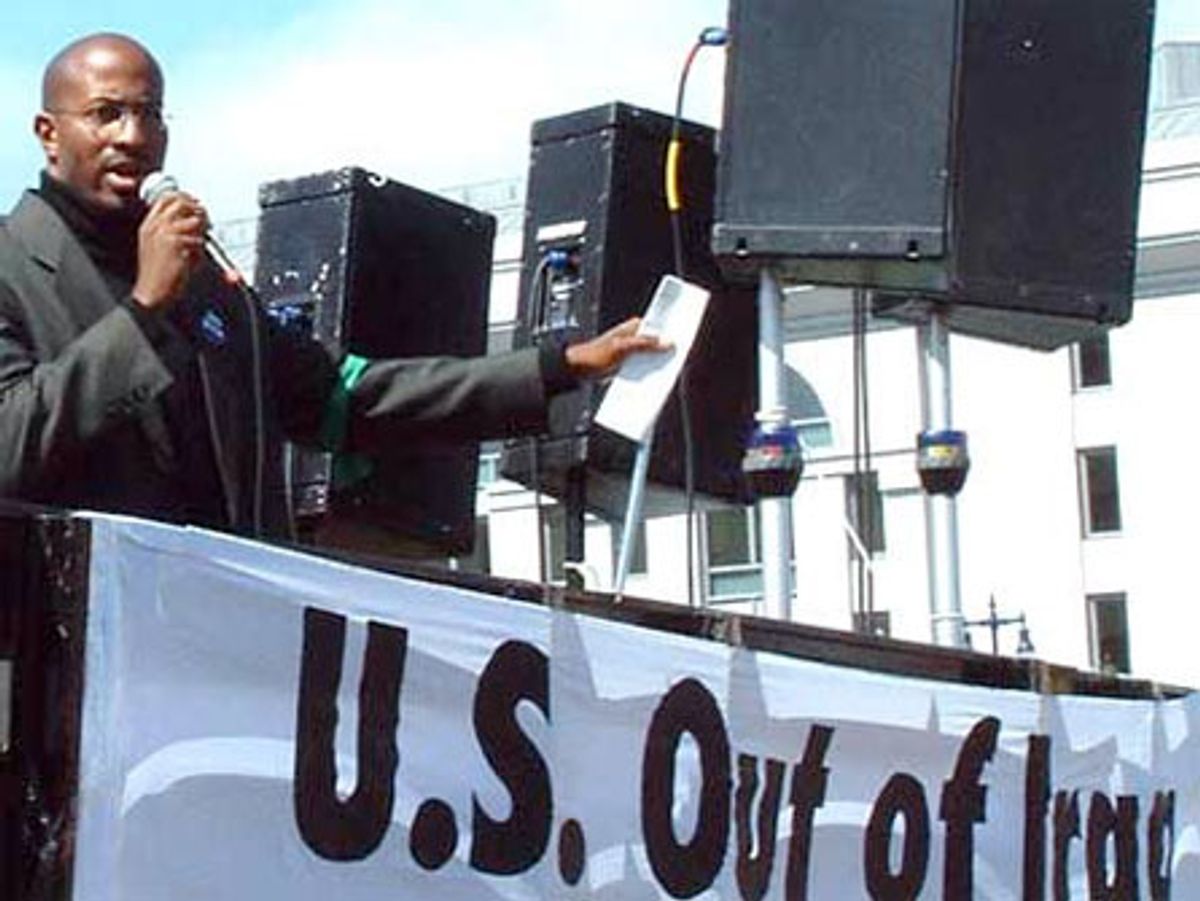 If we had no idea who Van Jones was and he walked into the room, our hearts would still begin to flutter. If we were on a beach, and Van Jones came strolling up to us, clad in board shorts and carrying two big salty margaritas, we'd take a big gulp and desperately hope that we don't wake up from our dream anytime soon.

Jones, 40, is hot. But he's also very cool, a Yale-educated attorney who has spent his career as a civil rights and environmental activist in Oakland, Calif. In 1996, he founded the Ella Baker Center for Human Rights, which advocates for our most challenged urban youth and functions as a watchdog on our criminal justice system. He's now launched Green for All, an organization founded on his sunny belief that "green economic development -- creating millions of jobs in the emerging 'clean and green' economy -- can lead the entire country to a safer, healthier future" and help many climb out of poverty. He's also come out with a book on the subject, "The Green Collar Economy," that comes with heady recommendations from the likes of Al Gore and Thomas Friedman.

Don't believe us yet? Just watch him:

So, let's summarize: He works to alleviate poverty, helps at-risk youth and finds eco-friendly solutions to our job crisis, all while looking like he's wandered straight off of a Ralph Lauren shoot. We're not sure, but we suspect that he loves puppies, too, and that when he goes home at night, he asks his wife how her day was and really, really wants to know. And yes, that's the bad news: Jones is married with two young sons. But, hey, we can still dream, can't we?