The Ivy-educated, button-cute musician who rocks our world with songs about the serial comma. 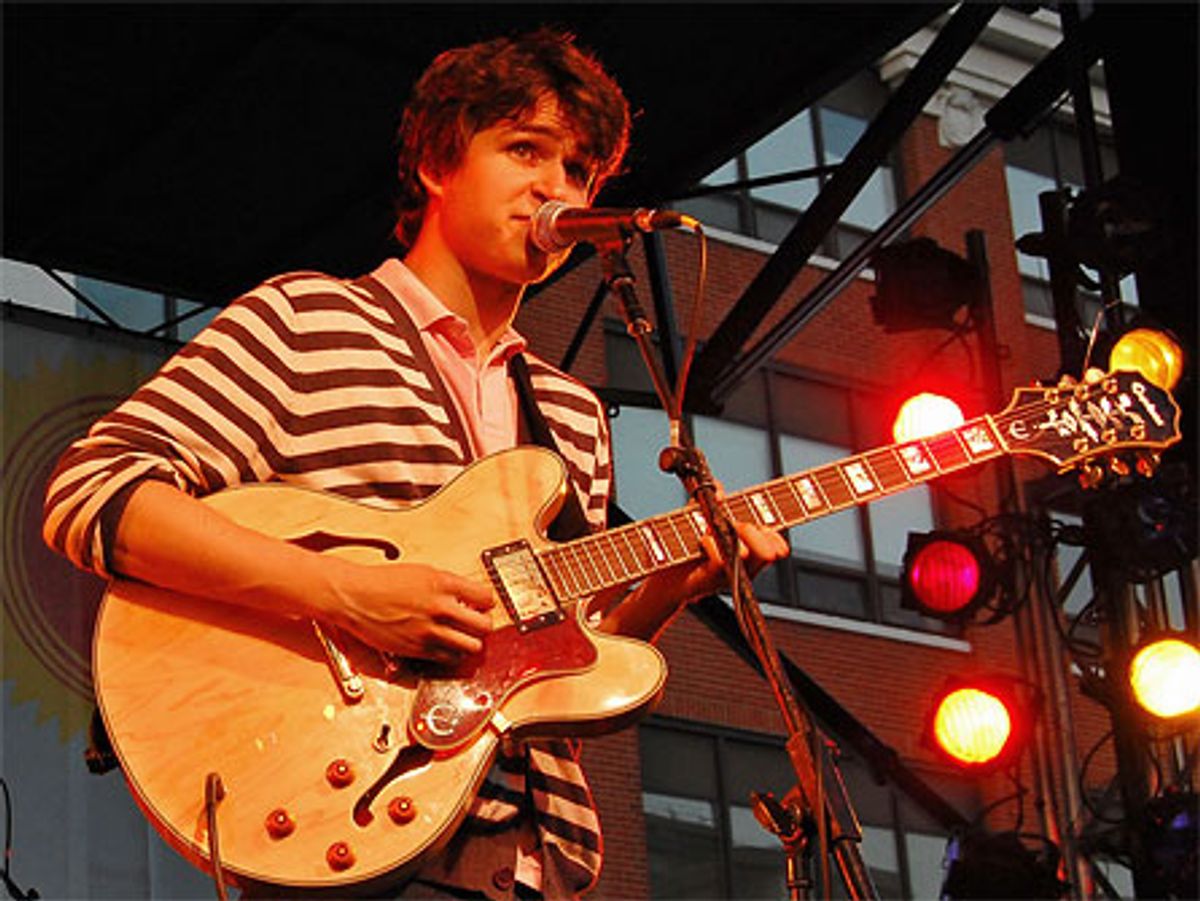 In an article in Slate last year, rock critic Carl Wilson wrote, "Rather than body-centered, [indie rock has become] bookish and nerdy; rather than being instrumentally or vocally virtuosic, it shows off its chops via its range of allusions and high concepts with the kind of fluency both postmodern pop culture and higher education teach its listeners to admire."

So it should be no surprise that Vampire Weekend is the current indie rock poster child, and frontman Ezra Koenig its (child) emperor. Ivy League-educated, impeccably groomed, resembling more of a Wes Anderson leading man than the raw meat-eating sex fiends that once rocked a mike, Koenig is the new face of twee, overeducated college rock. He writes songs about serial commas with references to Congolese soukous music. His name is Ezra Koenig, for god's sake.

It could be argued that Of Montreal's Kevin Barnes is the sexiest man in indie rock, with his art-school androgyny and his pit-black torch songs of love gone bad, mad and dangerous to know. But Barnes is a throwback to superstars of another era -- David Bowie, Prince -- while Koenig is very much of the moment. Vampire Weekend released the best indie rock record of 2008, a near-perfect debut so fantastic that even its overblown hype could not diminish its pure pleasure. And Koenig is a pleasure all his own. He's a graduate of Columbia, a sometime filmmaker, the son of a therapist, a blue-eyed charmer who can get you out of your undies and talk about your feelings. Now that's rock 'n' roll.